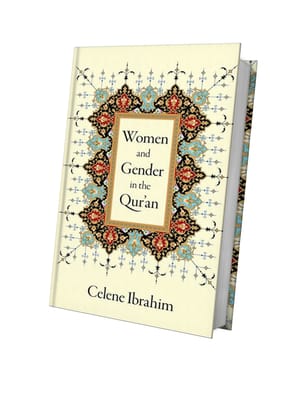 Over the past few years, there has been immense interest in the “gender” question with regards to Islam, Islamic history, knowledge production and the text of the Qur’an itself. While some writing has taken a feminist turn (see Asma Barlas, 2019), others have been more critical of the term “Islamic feminism” and its antecedents, its uses and its intentions (see Aysha Hidayatullah, 2014). Yet others have rejected the term altogether for a more cohesive, holistic and immersive look at Muslim women’s scholarship such as Shaykh Mohammad Akram Nadwi’s Al-Muhaddithat: The Women Scholars in Islam. Celene Ibrahim, thankfully, does not entangle herself in trying to locate her study of the Qur’an in a feminist frame, and instead gives us a window of the many women in Islamic history whom we know, revere and love, but have perhaps not paid detailed attention to in our readings. It is a freeing perspective, and one that does not attempt (except with some exceptions) to impose the author’s worldview onto the Qur’an.

To begin with, the title Women and Gender in the Qur’an is self-explanatory to an extent and also is simultaneously the major strength and the weakness of the text. While the book devotes substantive energy and pages to exploring many figures and narratives in the Qur’an, it does not refer to much classical scholarship, tafsir, or even hadith literature. It makes references to other contemporary works on gender and religion, but does not give the same space for classical works or references. While appropriately pointing out the lack of full length works by Muslim women on the Qur’an prior to the nineteenth century, it also does not refer to classically trained women authors in its references, instead making space for a slew of feminist work and citations.

These issues make the text only suitable for slightly advanced readers who are well aware of the contexts the author refers to, because the author on occasion draws her own interpretations of incidents without any solid supporting texts. She appears to have a more ambiguous relationship to the field of Islamic feminism and feminist texts than other contemporaries, seeking to call itself a “female centric” work rather than feminist, but leaves the door open for it to be read as what she calls “feminist tafsir.”  But the work only makes a linguistic deviation from calling itself feminist due to what it calls the extensive debates over the term and does not actually critique or take on the fallacies of applying a feminist lens to the Qur’an. Nevertheless, the excellent preface and interesting narratives make it possible for the work to reach a broad section of readers, many of whom may disagree with Ibrahim on such counts.

Where the book really shines is in its examination of women’s voices and the  Qur’an’s treatment of femininity, women’s pain, duas and yearnings. Examining the episodes of Hajar, Mariam, the mother of Isa (AS), Asiya, the wife of the Pharoah, Sheba and the wife of Zakariya (AS), along with others, the author beautifully explores the lives of these women. Particularly in chapter 3, “Women Speakers and Interlocutors”, the book focusses on women’s speech in three sections – “God’s Revelations to a Woman”, “God Hears Women’s Grievances”, and “God Recognizes Women’s Piety.” While addressing familiar topics, the work re-opens many incidents and narratives for us to look at. As the preface hopes for, such works can open the avenues for many practising and believing Muslim women to engage with the Qur’an with academic rigour and in-depth commitment and “sustain a scholarly tradition” (p xiv). The book also looks at childbirth, motherhood and the womb is examined in the Qur’an, as well as how familial relations – mothers and daughters, fathers and daughters, sisters and so on – are shaped in the narrative. It also challenges the familiarly held feminist assumption about the Qur’an and its alleged androcentric centre in terms of speech: she argues that by frequently addressing men particularly about how they should treat women, the book does not hold them superior, but chooses to remind them to ensure they are sensitive to women’s expectations and needs, which often go unsaid. Ibrahim is at her strongest when dealing with such topics, showing a keen ability to flesh out nuanced arguments which often go unexplored.

The author concludes, “Women figures are depicted birthing prophets, saving them from calamities, and accompanying them— literally— on sacred journeys. Despite an emphasis on the trials and adventures of male prophets, women consistently play pivotal roles in narratives of sacred history and in the revelation of Qur’anic truth itself. Women figures, although never explicitly named as prophets or messengers, often function to confirm God’s Word and promises, even in ways that men do not; for instance, Mary delivers the “Word” of God corporally” (p 147). Paragraphs like these make the work a tender, even emotional read at times, highlighting many aspects of history we may be aware of, but nevertheless need reminding. Overall, her work is a valuable contribution to the growing female scholarship on the Qu’ran, despite its flaws.