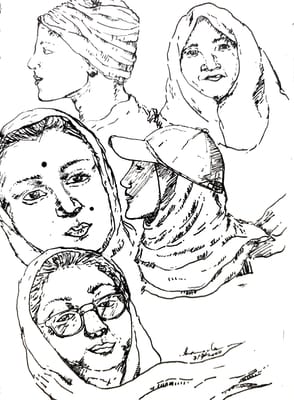 Known for its ethnic diversity, India includes a population of 96.62 crores Hindus and 17.22 crore Muslims. When India became independent in 1947, it chose to be defined as a ‘Sovereign Socialist Secular Democratic Republic’ that guaranteed its citizens the right to live with dignity without discrimination and freedom of religion and belief.

Thus, this has inevitably become a mockery of the liberty given to us by the framers of the Constitution. Day by day, the state is acting like a sword hanging on the head, even though the state cannot abrogate a citizen’s right under Article 25 of the Constitution to marry somebody of his or her choice.