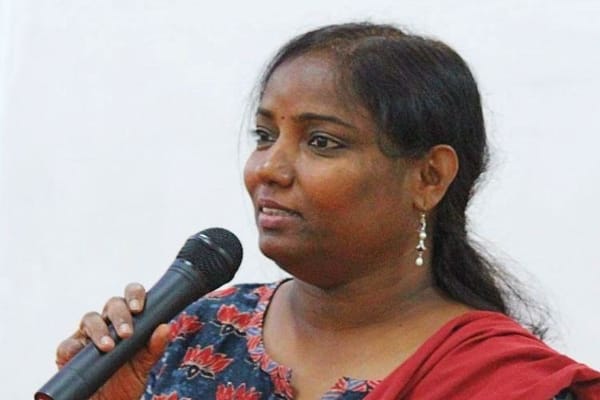 A Woman with a Desire to Change The world

The world is full of challenges and obstacles, and even more so if you’re a woman. In our demanding lives, women usually are faced with problems at work and may even hear many people say, “This is not what women are supposed to.”

Here is an inspirational talent that will make you believe anything is possible!

Prof Sujatha Surepally is a woman with a strong mind and a heart of steel. She has worked hard to attain her dreams and put in extraordinary efforts to fulfil them.

There is no force more powerful than a woman who is determined to rise. Glass ceilings, patriarchy, gender pay gap, sexist workplace policies, and just male privilege — a lot of challenges dot a woman’s path to success, but many have taken on the mantle to power through them all and succeed against all odds.

Currently Professor and Head of the Department at Satavahana University, Telangana, Sujatha Surepally is an activist who has always stood at the frontlines of various movements, fought for the rights of marginalized communities, and is a leader of Bahujan Morcha. Ideologically an Ambedkarite, she strives for the development and empowerment of women and has been trying to change the status quo, and has emerged as a powerful voice in the fight against caste and gender-based injustice for over the past two and a half decades.

While the world continues to divide individuals into collectives, there exists a rare breed of persevering people like Professor Surepally, who rise above that, to redefine themselves and those around them. She is a change-maker who is not willing to let others define her, the role in society and what she can or cannot do. She is also an embodiment of the real conception of leadership, which is not individual-centric but built from the ground up, from the realities of her community experience and everyday life, and with a dedication towards making the lives of fellow women better, more dignified and equitable.

In a freewheeling interview we had with her, she spoke about the needs of girls to access education, but also the need to go beyond mere access and think about equity within the educational system, a lack of which causes students to undergo humiliation and harassment. “We always talk about girls in higher education but do not think about their survival in the system”, says Professor Sujatha. She has ensured that many women students can access the internet in the time of online education in the pandemic. “There are so many girls who are pursuing higher studies in central universities and requested for laptops from Karimnagar, Mahabubnagar and Warangal. Some of them are also medical students.” She has ensured that other people also come in support of such students and fulfil their financial and educational needs. She has distributed hundreds of phones to students from marginalized communities and the economically weaker sections and inspired many to reach the needy. The #EachOneReachOne campaign, as it is called, has inspired many such incidents of community reach-out, even from those who have very little resources of their own. One such example is a story in a leading newspaper which mentioned the situation of two girls who were struggling without smartphones for their studies. A man who was working as a staff in a club, who had been saving money for his own children donated two phones for these girls after seeing the story. He had mentioned the campaign #EachOneReachOne in his donation. Seeing this, Professor Surepally was deeply touched. As she says, “you don’t need to be rich to help others, you just need a heart to understand and respond.” She has fulfilled similar requests, such as for the Chenchu tribe (a PVTG or Particularly Vulnerable Tribal Group) who were being affected by the severe cold and needed blankets. Professor Surepally exemplifies a sense of dignity that needs to be imperative in such relief and philanthropic work, which has instead become more of a show for many, particularly with the advent of social media. This is why she argues that a perception change towards the poor and needy is very important, instead of a sense of feudalism that is often displayed even by those who do relief work, by policing the use of resources that have been donated to the poor.

Professor Surepally is also a member of National Women’s Commission and has been quite occupied with relief work during the pandemic. Her interest in such work began at a very young age. Her achievements have been recognized by various organisations. The many hats she wears and roles she juggles with ease and quiet fortitude are a testament to her work ethic, a quality that is increasingly rare in our times.

There is no force more powerful than a woman who is determined to rise.