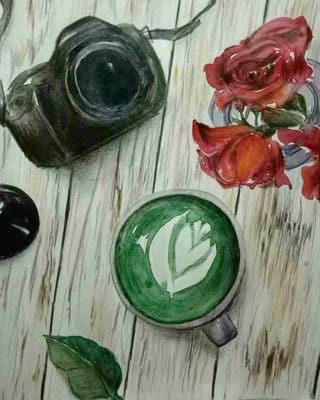 Gone are the days when you could fully trust your daily news sources. Today, we are surrounded by fake news. False and misleading information can often be seen masquerading all over as legitimate news. However, it becomes mayhem when enormous efforts are made by vested interests to deliberately misinform and then label it as ‘fake news’. It becomes more alarming when it comes from big media institutions that are believed to be authentic sources of news reporting.

One such big news that surfaced in the media recently was the return of the prestigious Peabody award by The New York Times. It is believed to be the most powerful engine for deeply reported journalism and has won myriad awards and acclaims for its independent reporting.
In 2018, The New York Times aired a riveting, high-profile podcast comprising of 10 parts that unfolded some unheard-of terror activities of ISIS. The podcast was named ‘Caliphate’. It centred on an alleged ISIS militant called Shehroze Chaudhry, a Canadian of Pakistani descent who claimed to have travelled to Syria, joined ISIS, and personally carried out executions there. He has described the ISIS activities in detail claiming to know about its maps, colour coded instructions, training methods etc. The podcast reached the pinnacle of popularity because it was hosted and reported by Rukmini Callimachi, one of the brightest stars of The New York Times.
However, two years after the story was reported, it faced a terrible debacle when the Canadian government sprang into action after the opposition accused the Prime Minister of reintegrating former terrorists into the society. Subsequently, Shehroze Chaudhry, the central figure of the podcast was arrested by the Canadian police and discovered that he was pulling a “terrorism hoax” in his sensational depiction of his participation in ISIS activities. In fact, he was neither a part of ISIS, nor did he ever travel to Syria. This development raised serious questions about the credibility of Rukmini Callimachi’s reporting and cast a shadow of doubt on the editors who managed her. The New York Times had to concede and return the prestigious Peabody award that was conferred for the podcast, after saying “crucial portions of the podcast did not meet the standards for accuracy.”

While The New York Times carried out an internal investigation of the reporting process and found that Callimachi and her editors did not strive to verify Chaudhry’s claims, it was clear that she was delivering what the senior-most leaders of the news organisation asked for, with their support. Moreover, The Times also managed to secure a photo of Choudhry on the banks of the Euphrates River in Syria, an indication that he had made the trip.
While we have always been through the malice of fake news, the introduction of ‘fake terrorists’ is a new development that can create unending chaos amidst the already existing fear factors in the society. If a media institution of a great calibre can have loopholes to such an extent, then the credibility of journalistic ethics is definitely at stake. The stories that are built on ISIS lack authenticity and hold ulterior motives of trying to instil baseless fear among people. The Canadians claimed that the podcast influenced their immigration policy. They said, “Hoaxes can generate fears within our community and create illusion that there is potential threat to Canadians, while we have determined otherwise.”
As a Los Angeles Times headline over this by the television critic, Lorraine Ali put it, “Caliphate let listeners hear what they wanted to hear about Muslims. And fear sells.”
NYT’s media columnist, Ben Smith, published a long and critical column in the Times, raising concerns over the reporting. He quoted the claim of a colleague in his column that Callimachi had her story “pre-reported in her head” and was “looking for someone to tell her what she already believed.”

This is not a one-off record of misinformation about terrorists. The reports on terrorist activities and attacks have always remained prejudiced. On December 25, 2020, while a suicide bomber named Anthony Quinn Warner detonated a bomb in downtown Nashville in the United States, media institutions did not report it as a terrorist attack. He was believed to have acted alone. The mainstream media immediately jumped to claim that it was just a suicide attack. They portrayed him as a calm person otherwise. Their headlines said, “The man behind Nashville – a quiet life, a thunderous death”. The BBC also flashed a quick caption saying, “only blast, no terrorism, no terrorist.”

It can also be recalled that by the end of 2020 a man called Michael Hari was convicted for his role in the bombing of Dar al-Farooq Islamic Centre in Bloomington, Minnesota. Although it was proven that Michael Hari was the founder of a terrorist militia group called ‘White Rabbits’, the verdict did not name him a terrorist. Instead, the jury just pronounced that he was found guilty on hate crime charges and was said to be “driven by hatred and ignorance.”

While claiming crackdowns on the Taliban in Afghanistan, there are so many instances where innocent school children were shot down. The Intercept, a popular online publication, recently published an article called ‘The CIA’s Afghan Death Squad’ about the cruelty of the deployed armies against the Afghan children. This article profoundly scans the atrocities done on school and madrasa students. There are chilling reports on the massacres of students, who were dragged out of their classrooms and gunned down one by one. The damage done by the explosives that the army leaves behind is another act of sheer barbarity.
Therefore, the questions remain: is this a war on terror or is this the actual terrorism? Who are the terrorists? Who are the beneficiaries of terrorism? Most of these questions can be solved when journalists decide to report the truth and uphold the ethos of journalism. Journalists cannot be neutral, they ought to be truthful.
Our country is now constantly in the global spotlight due to the awe-inspiring demonstration that is being held by our farmers to protest the three agricultural reform bills that were passed by the government in September 2020. The farmers claim that the bill that largely threatens their livelihood was passed without their consultation. This massive protest is one of the largest in the history of India wherein millions of farmers are out there demanding a full retraction of the laws. Moreover, while the Indian farmers are protesting to preserve their land and livelihoods, the implications of this protest extend beyond the Indian agriculture industry as it resonates with the plight of small farmers in many other countries in the world, especially in the USA.
In a recent development, the Supreme Court of India has stayed the implementation of the three farm laws until further orders. A four-member committee was also set up by the court to listen to the grievances of the farmers and submit a report. However, the farmer union leaders refused to accept any committee and raised questions about the stand of the four members regarding the controversial laws. They reiterate that their fight is about the complete repeal of the laws and not some cosmetic changes. In this case as well, some sections of the media were seen to be deploying fake news, by insinuating that Bilkis Bano, the ‘Dadi’ of Shaheen Bagh was a paid protester who took part in the farmers’ agitation as well, showing a photo of an aged woman protestor and claiming it was her. The ‘Khalistani’ tag given to the protestors is also partially a product of a lack of media ethics and sensationalisation.

Media, which is supposed to be the watchdog of democracy regulates what the people see and when they see it. Often, it also dictates what we should feel about it. Keeping this in mind, media has the responsibility of getting its facts right before bringing it to the public eye. Rather than swaying people’s opinions one way or the other, media should focus on the accuracy and reliability of their work. This will pave the way for a society that thrives on critical thought and can form their own opinions.

Therefore, the questions remain: is this a war on terror or is this the actual terrorism? Who are the terrorists? Who are the beneficiaries of terrorism? Most of these questions can be solved when journalists decide to report the truth and uphold the ethos of journalism. Journalists cannot be neutral, they ought to be truthful.