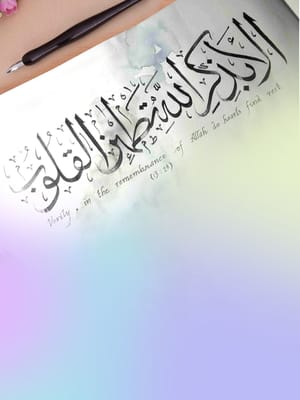 The demand for basic women’s rights is not a new phenomenon; it has been around for decades. History sheets are piled up recording the struggles women have faced for something as basic as mere recognition. There had been a time, when the idea of woman equivalent to being a human was debated upon. They were denied basic human rights and liberty. They were treated inferior to men in all terms and were forced to live a subordinate life.

To this sort of treatment, there erupted a reaction; and to this date, the fight continues. The unethical treatment in the early stages has vented to the establishment of various social movements aiming to establish equality of gender in all walks of life. Days, weeks and even months are allotted to revolutionize the concept of womanhood and to focus on their efforts and various contributions to humanity.

Though this is completely true and nothing but reality, there is a further truth above all – Allah created Adam (A.S) and Hawwa (A.S) perfectly equal and rightfully responsible for their own actions. While humanity was initiated on just terms, then when and how did the downfall begin? Why are women crushed and cursed for their existence even today?

Among the many reasons, the root cause of this degradation can be traced to none other than a woman herself. The day a woman devalued herself, prioritized other forms of acts above education and knowledge, that very day womanhood collapsed. Due to lack of rightful thoughts and on the basis of Satanic influences; unethical ideologies, cultures and tradition that cheapened femininity began to stem and spread. And sadly, a majority of women fell prey to such pitfalls due to lack of proper guidance and knowledge from sound sources to counter such prejudices.

The first step towards any transformation commences with gaining the right knowledge. That is why the very first word revealed by the revolutionary Holy Book Qu’ran is “Read…” – Surah Alaq, (96:1). The past and present are filled with prominent examples of remarkable women who sought knowledge and became highly proficient.

Aishah (R.A), the wife of Prophet Muhammad ﷺ was the primary source of hadith and knowledge of Sunnah and was the first female jurist in Islam. Her command over medicine, speech and poetry is praised and recorded by many. There was a time where woman scholars or experts in various fields were not something new and unique among women. They understood the high value that has been placed on knowledge since the earliest days and would recommend the Prophet ﷺ to appoint a special day for them so that they can gain some insight from him. Many reports also illustrate the confidence and maturity with which the early Muslim women aspired to learn and understand. In fact, it was common to find in many homes the wife more educated than the husband and imparting the same knowledge to her better half.

Such women became famous and renowned throughout history only by the virtue of their knowledge. Minds can be developed, and characters can be brought up in wisdom, maturity and insight only through the acquisition of useful, beneficial and correct knowledge.

Prophet Muhammed ﷺ said, “Seeking knowledge is a compulsion on every Muslim.” [Ibn Majah]. It is equally compulsory for women to seek both secular and religious insights. Not only will this raise a woman from the shackles of subconscious suppression and restraint but will also pave a way towards a revitalised, better society.

An educated woman brings about intellectual ripple in the family she brings up. Anyone can find stark differences between the nurture and nourishment provided by an educated mother and a not-so one. Also, the former imparts her skills, enlightened opinions and correct expertise into tiny humans who will be the rulers of tomorrow. Her learning will mould and tune every member of the family who will march towards forming a civilised society.

This is the gifted charisma in a woman – the one who rocks the cradle rules the world. The limits of her instincts and capabilities are unmatchable; no man can even come close to what a woman is qualified for – provided a woman herself is aware of it all.

Hence, every woman in society must firstly realize her own value which is way above any competition or comparison. To the unjust ideologies and thoughts smacked, only knowledge and action upon it can clear the fog. Every woman, irrespective of age, culture or background must acquire knowledge. Monotony must never burden and deviate a lady from her quest to quench the thirst of her mind. Along with cooking, cleaning, earning and feeding; prevalent typical trends in many homes, a woman must consistently revise her knowledge and flair for a better world tomorrow for herself and others.

With widespread established technology, this task is just a few clicks away. Every woman must adapt to what fits her personality and continuously develop herself. The lady of the house should be the source of radiating light to the people of her household.

Clearly, Allah has mentioned in the Holy Qu’ran, “…Verily, Allah will not change the condition of a people until they change what is in themselves.” (Ra’ad, 13:11). If women have fallen from best to worst or respect to handcuffs, the first step out has to be solely hers. Assessing the scenarios many women are facing now, it is time to seek, imbibe and impart the power of knowledge.