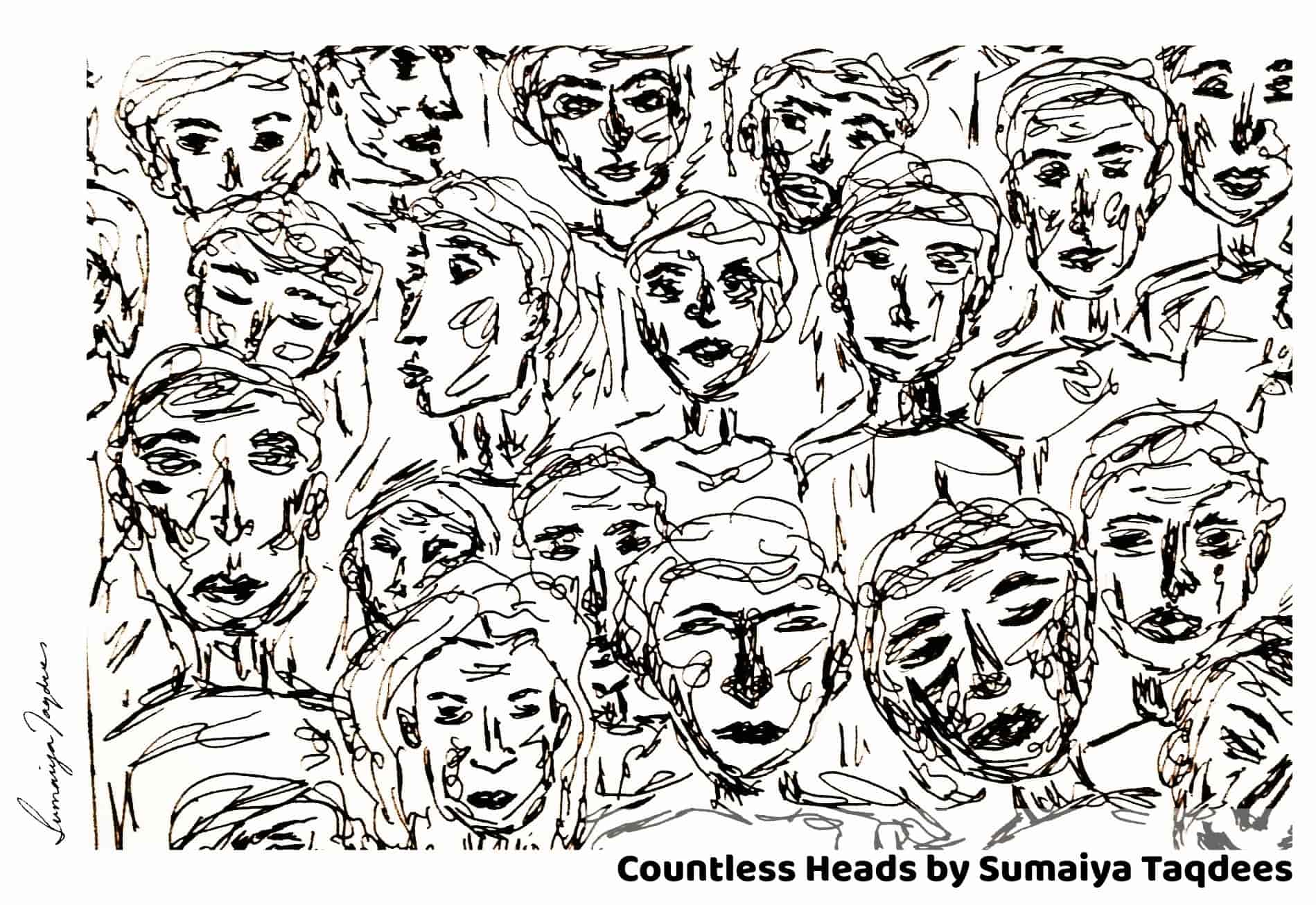 Who dares to question the Assam NRC when prominent members of most progressive sections have failed to stand by the persecuted victims, fearing to offend the dominant Assamese speaking social elites? The silence is deafening. Last year, when rest of India was protesting against CAA and NRC, which primarily intends to alienate Muslims and is anti-constitutional in nature, the outcry in Assam was centred solely against CAA, which is more to do with ethnic linguistic identity.

Assam with two cultural zones—Barak and Brahmaputra Valleys—merely share a common history. In fact, the protest that erupted in both the Valleys were not in unison. This reflects the different socio, cultural, political sides of the valleys, and the diversified identities of the population that detaches from being identified as ‘Assamese’. Moreover, the contradiction lies within the differing reactions to the CAA from the two valleys, which is further accentuated with the implementation of NRC between the two communities—Bengali and Assamese.

The Brahmaputra Valley welcomed the implementation of NRC, anticipating a closure to the question of citizenship, which is the basis of Assam’s socio-political life. A product of Assam Accord (whose bedrock was anti-Bengali hatred, as maintained by the prominent historian, Amalendu Guha), NRC-turned-genocidal-exercise coupled with CAA in the context of Assam has alienated the Bengali Muslims of Assam and further pushed them to existential-peril, dehumanising them to the extent of stripping their political and basic right to live with dignity. The binary of insider-foreigner that remains central to Assamese indignation found expression in supporting the NRC, which puts to test the citizenship status of those in Assam who trace their ancestry to erstwhile East Pakistan. This form of conditional citizenship took hostages of the extremely marginalised and disempowered in the state, primarily targeting a certain community—a large chunk of which are settled in Char areas of Assam, and other Bengal origin Sylheti Muslims and impoverished Bengali Hindus spread across other parts, including Barak Valley. A significant number from the population in Barak happen to be immigrants who had migrated voluntarily following several waves in 1874 to the merging of three Bengali speaking districts, 1947 Sylhet Referendum and during the 1971 Liberation War.

Mostly, the pre/colonial settlement is made the basis of aggression against Muslim Bengalis, whose migration to Assam was often seen as external in nature, and whose existence in Assam is believed to culturally endanger the ‘indigenous’, when the truth is that even after signing the Assam Accord, we see constant demands of constitutional safeguards of various scheduled tribe communities in the region, resisting to be identified as Assamese (challenging the Assamese hegemony) that led to the settlement of different autonomous district councils. While the Bengal-origin Muslims continued facing the worst brunt of it from ethno-chauvinists, not to mention the infamous Nellie massacre and BTAD violence, the other Bengali communities have been subjected to structural xenophobia coupled with extreme Islamophobia. Present-day Barak Valley is rooted with Sylheti-Bengali identity of both Hindu and Muslim. Interestingly, even when paper documentation to determine citizenship proved futile in the struggle for belongingness, the indifference from the Assamese social elites continues to dig deep, at a time when thousands of disenfranchised already rot in the inhuman detention camps.

The ethnic insecurities of the social elites that Assam has been wrongfully burdened with the Bangladeshi migrants and refugees has been justified by paranoia over the fallout of the Sylhet partition, revealing their wilful amnesia of the history of how the Assamese Hindu elites themselves never wanted Sylhet to remain a part of Assam—with all intention to protect their linguistic identity from being challenged by Bengali speakers in Sylhet. This careful and deliberate misreading and rewriting of history of used to justify the spectre of the Bangladeshi migrant.

However, unlike Brahmaputra valley, Barak wasn’t vigorous in protesting against CAA since the Act gave hope to most Bengali Hindus that it would be a harbinger of acceptance by the state (proved otherwise with the demise of Chandradhar Das, who was imprisoned in a detention camp and was released on humanitarian grounds due to his failing health). It also shows strong anti-Muslim sentiments, also with communalism which has seeped into the region.

The organised ethno-racism and manufactured definition of ‘bohiragoto’ or ‘Bangladeshi’ that was invoked as a reason for NRC is but a systematic onslaught of the state, which fails to recognise basic human values under the pretext of ‘insider’ and ‘outsider’, satisfying the aspirations of the Hindu caste elites. On the other hand, the policies that reflect the need to distinguish between an insider or a foreigner have been very conveniently overlooked by Assamese intelligentsia, invisibilising the subject of marginalisation in Assam. The worst display of this poured out when they tried to stifle a literary movement by Miya poets, who tried to assert their linguistic identity through their craft.

Clause 6 of Assam Accord (a tripartite agreement in 1985) which promises constitutional, legislative and administrative safeguards to protect, preserve and promote the cultural, social, linguistic identity and heritage of the Assamese people, never mentioned ‘who is an Assamese’. Is Sylheti an Assamese? Meanwhile, if word ‘indigenous’ is applied to indicate the tribes from precolonial Assam, then logically Sylhetis would be excluded from the ambit of ‘indigenous’ and the political rights it provides because Sylhet as a district joined Assam in 1874 (during the colonial era). The policies and committees that have been formed time to time to decide on who is an Assamese even failed to induct any Muslims from Bengal origin, which shows the deep-seated discriminatory practise and systematic exclusion of a certain community.

The cultural question in Assam lies in language, later merged with the religious conundrum. And even though there exists a majority of Muslim population in the three districts of Barak, the anti-Muslim sentiments run deep among Bengali Hindus, given the hegemony of the saffron power in the state as well as at the centre. Added to it, the NRC exercise makes it more difficult for the Bengali Muslims; at best explained as genocide of the least, and dehumanisation of the Muslim self. Added to it, the socio-economic conditions of the Muslims do not let them participate and have a voice in Barak’s flourishing scholarship, most of which revolves around a Bengali Hindu discourse of their partition narratives, the idea of memory, identity question and conception of home and homelessness.

It is evident that the work of Bengal-origin Muslims has been constrained to proving their citizenship on an everyday basis, other than facing the daily discrimination in the hands of Assamese elites, and the surreal whimsicality of trials in foreigner tribunals and detention in the camps for an infinite period of time. It is horrific and even impossible to even process the idea of detention camps that is operational in Assam, with thousands of inmates living like zombies, who ‘failed’ the paper documentation process. Their only fault? They could not produce a paper that precedes 1971. It is also immensely cruel to exclude 1.9 million and disenfranchise them, and strip them of their basic right to live, and simultaneously cruel to deny their contribution in making and building Assamese society and culture.

It is a critical moment to think about the detainees with some moral courage and be reflective of the fact that besides Assam NRC, all-India NRC will validate racism, where the value of human life will reduce to nothing.

The ethnic insecurities of the social elites that Assam has been wrongfully burdened with the Bangladeshi migrants and refugees has been justified by paranoia over the fallout of the Sylhet partition, revealing their wilful amnesia of the history of how the Assamese Hindu elites themselves never wanted Sylhet to remain a part of Assam—with all intention to protect their linguistic identity from being challenged by Bengali speakers in Sylhet.