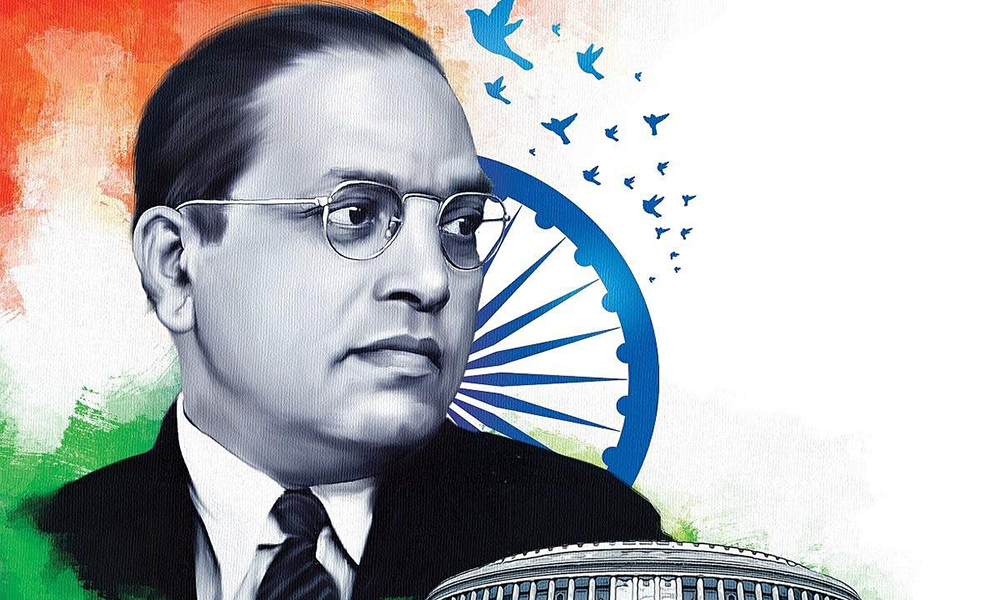 Category : Education
Author : Dr. A Farooque
Educate is the first word of his famous slogan “educate, agitate and organize”. The reason is is the undeniable role of education in the building of human character and consciousness. Dr Ambedkar said, “Education is what makes a person fearless, teaches him the lesson of unity, makes him aware of his rights and inspires him to struggle for his rights.”
Education plays a pivotal role in life. It helps us to use our potential in the best possible way and through it, we can reach our highest potential. Dr Bhimrao Ambedkar’s life is the best example to show how education makes a big difference in life. It helped him to cross all obstacles. It was his education that helped him to oppose discrimination against Dalits, and fight for equality. As a result of his efforts, Dalits have reservations in education and in jobs and other constitutional protections to aid in their quest for dignity. He was the Law Minister, Labour Minister and the Chairman of the Drafting Committee of the Constitution. It was not only his education, but his values, determination and immensely hardworking nature which made him a renowned person. 14 April is observed as Ambedkar Jayanti.
Dr Bhimrao Ambedkar A short bio Bhimrao Ramaji Ambedkar was born on 14 April 1891 in Mhow, Madhya Pradesh. He was the 14th and youngest child of his parents. His father was Ramji Maloji Sakpal and mother was Bhimabai Sakpal. They belong to a Marathi family from the town of Ambadawe in Ratnagiri district of current Maharashtra. He was born in the Mahar (Dalit) caste who were treated as untouchables and had no rights in society. They were subjected to socio, economic and religious discrimination. They were not allowed to drink water from the public tap. Dalit students had to sit outside of the class and they were not allowed to enter temples. Their conditions were miserable. However, Ambedkar was determined for education. He was the only untouchable student enrolled in Elphinstone High School and later graduated from Elphinstone College, University of Bombay. He also studied Economics at Columbia University and London School of Economics, receiving doctorates in 1927 and 1923. He also trained in law at Gray’s Inn, London (Source: Deccan Chronicle, 13 April 2021). He was a great social reformer, jurist, economist, academic, politician as well as a writer. He renounced Hinduism and accepted Buddhism along with thousands of his followers. In 1990, the highest civilian award, the Bharat Ratna, was conferred on him.
Dr. Ambedkar’s Struggle for Dalits’ Education For many centuries, Dalits were excluded from the mainstream of society and they were forced to live in the outer part of villages. The Dalits were victims of caste based slavery – and it was Ambedkar who freed them from it. He chose education as a weapon against caste discrimination. However, the way to get education was not smooth, as they were not allowed to take admission in higher studies and had to sit separately in class. He himself faced this discrimination many times. He described many incidents in his autobiography “Waiting for a Visa.” He became Professor of Political Economy in the Sydenham College of Commerce and Economics in Mumbai. Here, the professors objected to sharing a water jug with him. Another incident was when he returned from London and reached his village, the people refused to give him a ride on the bullock cart.
Birth Anniversary: symbol of social equity and ending discrimination His birth anniversary is celebrated every year on 14 April as a symbol of social equity and fighting oppression. His life is a great example for us; his struggle and determination to get education and hard work proved that one can achieve anything in life. With 26 degrees and titles including PhDs, he believed education can alone change society. His famous words were “Cultivation of the mind should be the ultimate aim of human existence.” He also ensured justice and equality to each and every citizen of India in the Constitution. Civil liberties, freedom of religion, abolition of untouchability, reservation and prohibition of all forms of discrimination are the gifts of Ambedkar to all Indians. He believed that education is a movement. If it does not fulfill its objectives, it is useless. True education cradles humanity, generates sources of livelihood, imparts wisdom and imbues us with egalitarianism.

Educate is the first word of his famous slogan “educate, agitate and organize”. The reason is is the undeniable role of education in the building of human character and consciousness. Dr Ambedkar said, “Education is what makes a person fearless, teaches him the lesson of unity, makes him aware of his rights and inspires him to struggle for his rights.”

I’ll end up this write up by highlighting the teachings of Prophet Mohammed (PBUH) as his teachings about education, discrimination and social equality were on the same lines. It is a religious and obligatory duty for both men and women to get education. Islam also denies any kind of discrimination, and justice applies to all humankind. As mentioned in the Qur’an: O mankind, indeed we have created you from male and female and made you peoples and tribes that you may know one another. Indeed, the most noble of you in the sight of Allah is the most righteous of you. Indeed, Allah is Knowing and Aware. Qur’an 49:13