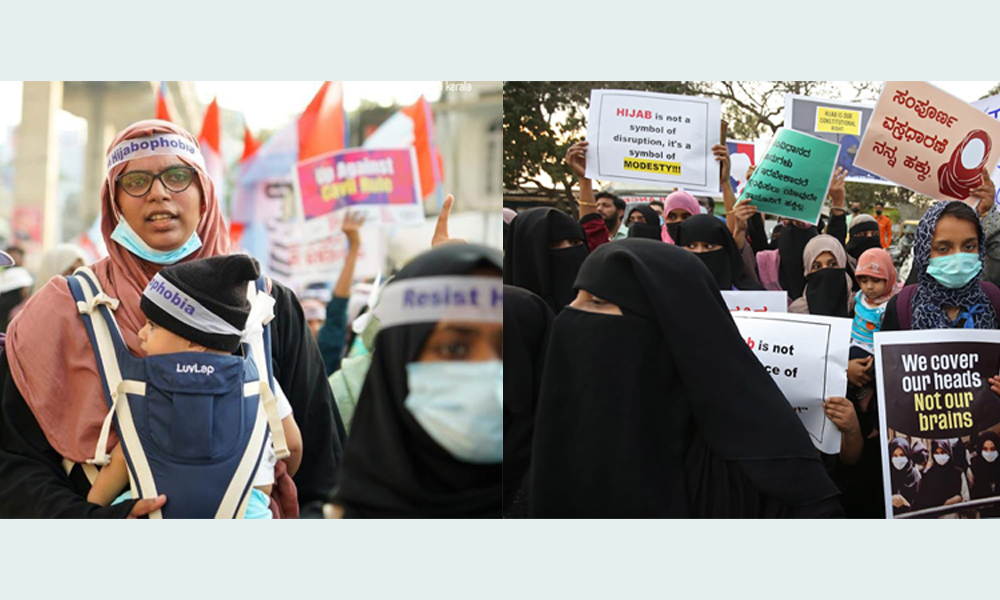 Category : THE WORLD OF POLITICS
Author : Sumaiya Zareef
It in fact was something that made me feel more confident of my work, my choices, my views while shielding me from worrying about my physical appearance 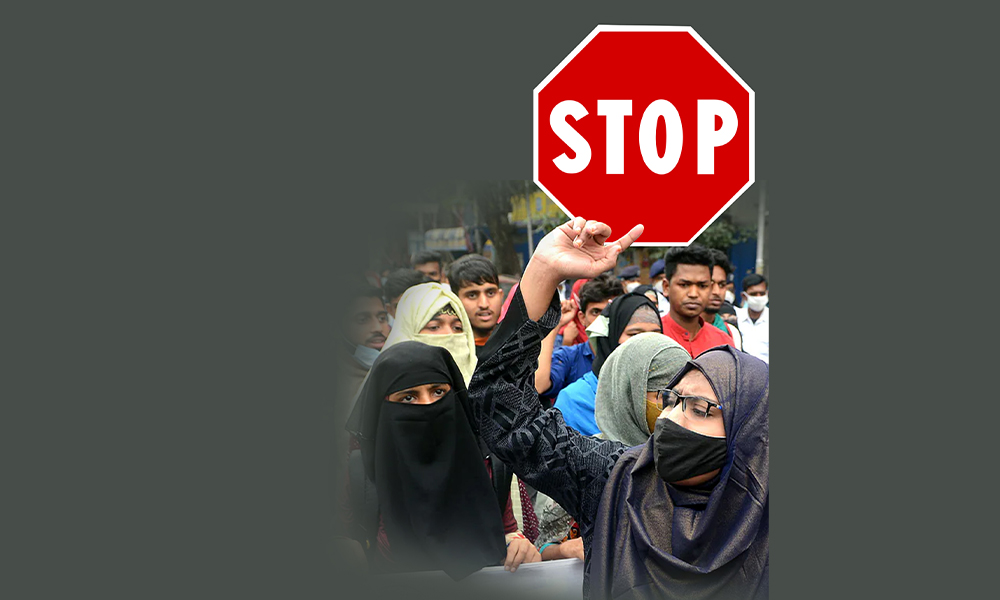 The thought that I would be writing something in this regard itself makes me feel uncomfortable. I have been born and brought up in this very society which today questions my fundamental way of living. Never before was the hijab/burqa a hindrance to my studies, my social relations, and my occupation as it appears to have become today.

It in fact was something that made me feel more confident of my work, my choices, my views while shielding me from worrying about my physical appearance.

I have had friends who innocently questioned me about my hijab but never judged me, or disassociated themselves from me because I wore an extra covering to college. I offered the obligatory prayers in my break time, without disturbing anyone. And from my experience, I was always greeted very warmly by fellow non-Muslim mates. These actions were never thought to be discriminatory, or to be threatening the idea of unity. Even at my workplace, my same routine followed over the years.

But today I’m worried. I’m worried about the society we would be leaving behind for our future generations. A society which is being shaped by ill oriented forwarded messages rather than thinking rationally. A society that divides on the lines of nationalism, religion and caste. A society which conveniently takes sides without even bothering to listen to the other. A society that trusts headlines and never reads between the lines. A society that finds students praying in institutions threatening, while the representatives of states lay the foundation stones of places of worship, collect funds for them, and call fellow citizens to identify ‘mischief makers’ by the clothes they wear.

Amidst this changing environment, educational institutions must be spaces where ideas are shared, debated and acted upon. But today these have turned into communally charged battlegrounds. A Muslim woman who is willingly adhering to her attire is being made to feel like a criminal in the name of uniformity.

The debate over women’s clothing is not new. In some Western countries, the hijab/burqa is considered to be a challenge to the notion of equality.  Liberals simply view it as a matter of personal choice. The right-wing wants the Muslim woman to be emancipated while getting the support of the liberal Muslim faces who claim to be the voice of the community, which they are not. The leftists look at it as a symbol of patriarchy. If forced upon, they oppose it, but if it’s a woman’s personal choice to wear it, they would support it. The constitutionalists view this as a denial of personal liberty and religious freedom.

Amidst all these, The hijab/burqa that I wear is my love and obligation towards my Creator. Nothing else. Today I’m being questioned and forced to let go of this religious obligation under the garb of essentiality doctrine, uniformity, constitutional validity etc. Tomorrow I would be expected to let go of something else.

People who wish to speak about the emancipation of Muslim women need to understand that the Muslim women can fight for themselves. They don’t wish to be empowered the way the society would want them to!

We derive our inspirations from women who could be role models for everyone else too. Khadija RA was one of the most prominent business tycoons in Mecca. She was a widow, a social stigma even in the 21st century, but was taken in marriage by a bachelor younger than her by 15 years, Prophet Muhammad (saw).

Aisha RA, the veiled educationist to whom scholars visited from far off lands to take an expert opinion on various matters. There are several examples even in modern times whom the Muslim women relate to and idolise. The point however is that, is our society brave enough to accept the Muslim woman the way she wants you to see her as? Or are we moving towards a society which wants to impose the preconceived notions of liberty and equality conveniently to suit one’s own political narratives?

An adult, riding her scooty, coming to college and being brave enough to counter the mob says a lot about whether her attire has been a deterrent for her growth or instead a symbol of her empowerment.The percentage of Muslim women completing higher education is lower than SC/STs but this percentage is improving slowly and gradually.

A study of National Sample Survey (NSS) by Khalid Khan of the Indian Institute of Dalit Studies on the Gross Attendance Ratio (GAR) of Muslim women in higher education in India shows an increase from 6.7 per cent to 13.5 percent between 2007-08 and 2017-18. There are many minority institutions where a large number of Muslim girls are pursuing education. However, there are girls and women who chose not to go to minority institutions and are worthy enough to seek admissions in higher educational government or private institutions on the basis of merit.There are others who don’t have the convenience of making choices.These women are breaking the perception that a Muslim woman must be confined to her home. Amongst them are few who wear the hijab/burqa and have the courage and confidence to get admitted to a non minority institution while keeping their identities intact. This section would now be discouraged. This fear of differentiation which they were trying to get rid of, would now come back. The greater the representation of marginalised communities in the educational institutions the more are the chances of alternate discourses finding room. This goes a long way in establishing a just, tolerant, and peaceful society.

This educational ghettoisation must stop.

The segregation of Muslim women from educational institutions simply because they look different, would add up to the discrimination already faced by the community in India. The fact that some sections are debating and justifying the mob shows how deep are the fault lines that have penetrated under this fascist regime. No respectable person can defend at any cost the action of the boys surrounding the lone girl in the Karnataka college. Indian society must stand up for the minorities before it’s too late.

There have been recent cases of young girls going to colleges in hijab being caught on camera in Karnataka making them feel uncomfortable, as if they have committed some crime.  his proves the earlier point. Prime time debates titled whether education is more important or religion, further degenerates the communally sensitive environment.

As a student of political science , I believe that the society must be reminded “Peace is not merely the absence of tension but it is the presence of Justice.”

A society which speaks about freedom/choice but is SCARED by the Assertion of identities by the socially marginalised, (here the minority women) shows how hollow are these terms and how solid are the ulterior motives! The world looks upon India today, whether it can keep up to it’s idea of principled distance model of Secularism.