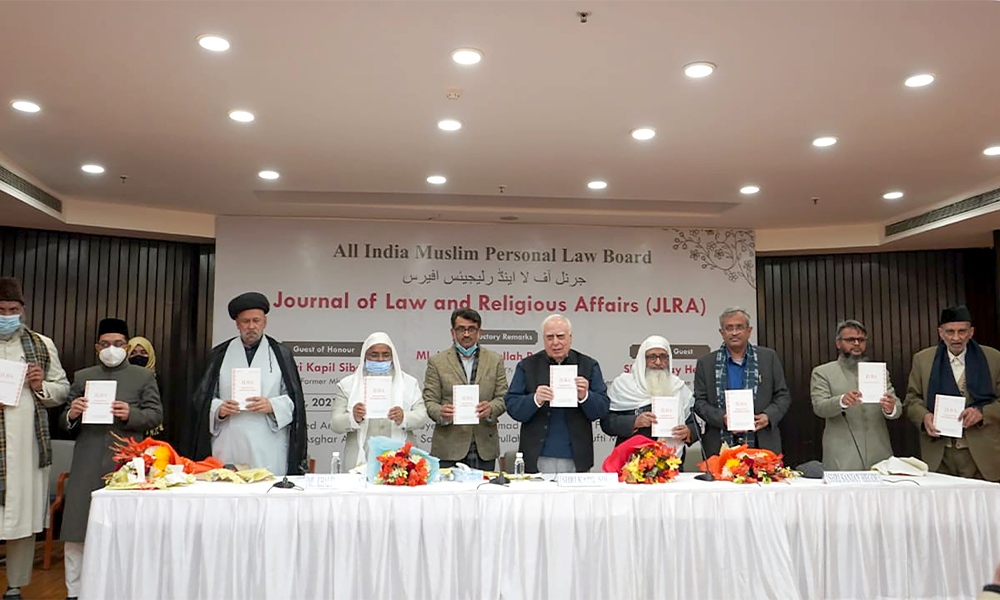 Q) The world of law and its relationship to women and gender is often vexed. Women turn to the law courts and many of the laws that have been made with them in mind, but it’s often not so easy to get results. Would you like to comment a little bit on this?

Until and unless laws are made keeping the ground realities and smooth implementation in India, these issues will keep arising. Take for instance Dowry Prohibition Act, how much impact it has on ground, one may ask? Without radically attacking the root problems, backed up with ethnographic research and compassionate approach towards the cause, a vulnerable section of the society (here women) will keep getting disappointed by the systems in place.

Q) Legal pluralism is also one complex arena particularly in India. Personal law has become a target in the eyes of many, and this can even be traced back to the colonial era. Do you feel that there is a need for legal pluralism – different ways for people to access justice – or a need for homogeneity?

That’s a well-articulated question. Indian Constitution in particular and the Indian legal system in general, imbibe legal pluralism as a crucial tradition of India. Given the heterogeneity, the demography, diversity at large; the Constitutional framers in India naturally have been conscious of these realities (See Article 48, 25 (Explanation 1), 290-A, 371-A to 371-G, etc of the Constitution of India, Also See Sarna Code). Personal laws are not a concession to the minorities in India. They have been and continue to be a leading reason for keeping the idea of India intact. Having said this, it’s a misconstrued understanding that apart from personal laws, India imbibes a homogenous legal system. The Indian legal system is deeply heterogeneous and diverse, as it should be. Take for example even “uniform” common laws like Code of Criminal Procedure and the Indian Penal Code. These “uniform” criminal laws are apparently not uniform. One will find state amendments and thus these laws differing from state to state in India. This is just the tip of the iceberg.

Coming to the very idea of homogeneity (or uniformity), the question is also why is uniformity/ homogeneity good and why plurality suddenly is being considered bad? If one takes out Constituent Assembly Debates, one will find lengthy debates on these very issues. One will also learn how different tribes, castes, groups, and communities constitute India and what have been their reservations against the popular majoritarian ideas of uniformity and homogeneity.

Moreover, recently (2018), the Law Commission also stated that a Uniform Civil Code is not desirable in India at this stage. The Commission proceeded to suggest issue wise uniformity. However, in the background of immense diversity that we witness in India where for instance, the Hindu Marriage Act prohibits marriages amongst close relatives as per the Northern Indian Hindu customs. However, Hindus from the Southern part of India find the same marriages auspicious, so even issue wise uniformity is debatable and impractical.

Thus, I will reiterate, legal pluralism is not a concession but a requirement for India to survive as a nation.

Q) Finally – what advice would you give as a lawyer to the many women who are wary of seeking redressal for the injustices they face in their everyday lives – dowry, domestic violence, rape, etc. They worry about societal censure, the idea of ‘shame’ when speaking out, and legal expenses. What should they do?

As a lawyer, I can only say that one should always try to be aware of their legal rights. It’s true that we do live in a world where the implementation of law has been uniform. It highly depends upon one’s privilege, the kind of lawyer one can afford, quality of judges before whom your case gets listed, so on and so forth. Naturally, the results we see are diverse. However, in this very world, one must resist to fight their fight and live a dignified life. The decision and choice, of course, will always rest with women who are fighting these evils back in their homes and in society at large. The limited advice I can give is never to feel pressure from any side of the spectrum. Seek help. There is no shame in standing your ground and there is absolutely no honor in letting a person or society disrobe you of your dignity. Once you make a decision to resist, there is a whole world that will join you in your resistance.