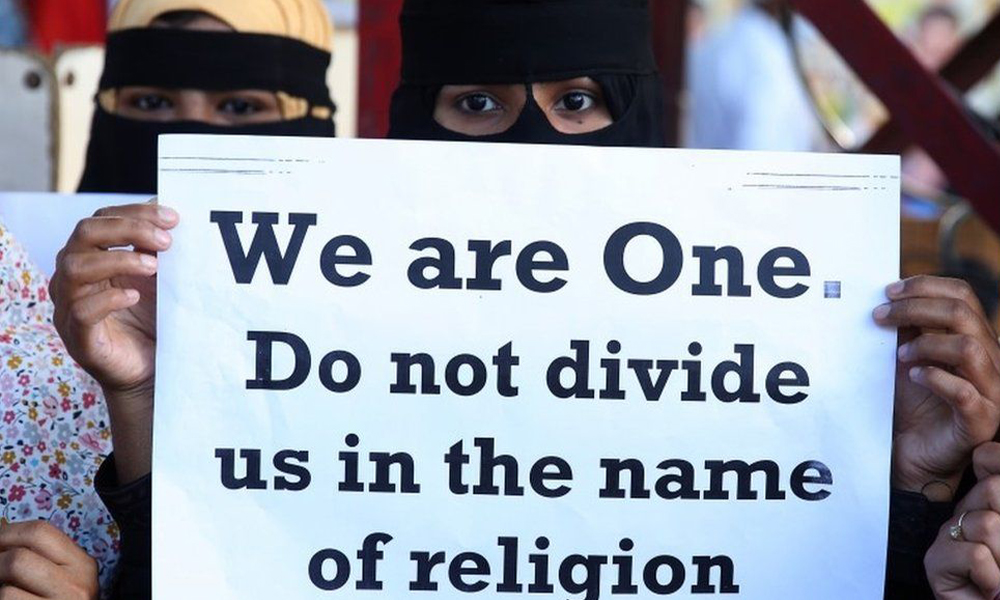 Category : LIFE LESSONS | Uncategorized
Author : Nooshin Moosa Hamza
I answer with a bright smile on my face “So that you can learn a new word, Google it and know what Islam really means….”

Never before has everybody’s vocabulary been so enriched in Arabic words.

It is a struggle in the way of God, to achieve goodness and peace.

“What are the types?”

It is a struggle in the way of God to achieve goodness and peace and there are many types.

I pat myself on the back because of the pretty good answer when someone else asks “What about Love Jihad and Narcotics Jihad?”

I am stuck, rooted to the spot because I do not have the sources to answer such ridiculous fabrications and laugh instead because of its profound insanity.

There is a temporary lull in the rush to learn new Arabic concerned with Islam, but never say never because I get a new question “what is Muthalaq?”

I say “Mutha what?” For which I get the answer that it is a practice within us Muslims (that I have never heard of in spite of being one) where the husband divorces his wife three times all together and leaves her. Sometimes this is done via the phone. A person at my work place even went to ask me why we women were so weak that we let our men do this.

There are some moments in life when you hear something so silly you just can’t answer back because of its extremity; I was having that moment.

Later that day I went home and saw that the news channels were having a field day of it and learnt that there were indeed some men somewhere far away in small Muslim community of India who did it. This was abominable of course, which left the poor women and children vulnerable but the Authorities thought it was a good idea of punishing behind bars which could worsen the condition of women where rehabilitation or reform would be better. Meanwhile there were so many pressing issues that they just seemed to ignore. I mean, it seemed okay to rape and kill women then burn their bodies in the middle of the night instead of handing the bodies to the family, or just gang rape them and cut into pieces and not speak a word of it.

Pictures of burqa Clad women with only their eyes visible were splashed across the TV screens now and then during the muthalaq phase. Those poor vulnerable women who needed helping hands.

That was then, but now these burqa clad women/ girls are the new troublemakers.

They came to school wearing HIJAB!!

That’s right folks, a new word for your Arabic vocabulary.

Students of a college in Karnataka came for two years wearing their head scarves. They attended classes dutifully like every other school and life was normal. But the head of the EAVDI (Enriching Arabic vocabulary for defacing Islam organization) was sipping his tea and a bit bored so he said “hey, let’s learn a new word!” After ransacking his brain, he came up with the brilliant solution to abruptly stop the girls wearing an extra cloth on their heads (which covers only their hair and not weapons of mass destruction) from entering into in to college and to spice things up a little in their last academic year just months before the university exam.

Well, he’s brilliant because it worked and the news channels are in a frenzy, politicians are all hyped up and now the girls are the problematic because they had the audacity to cover themselves up. The question was “why they wore the hijab” instead of “why they were denied their basic right.”

And the Halal-Haram Extravaganza: don’t even ask.

I answer with a bright smile on my face “So that you can learn new word, Google it and know what Islam really means….”