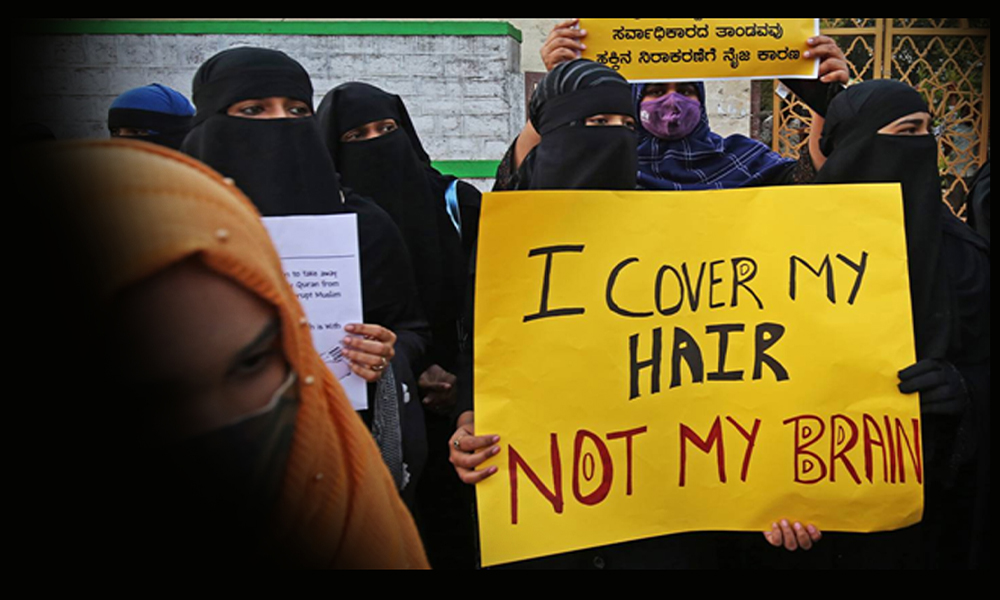 Category : ENLIGHTENED BY THE QU’RAN
Author : Dr. Shahnaz Begum
Clearly, it is the kind of social balance that is preferable for mankind’s welfare and progress. It is the requirement of this social ethic when men and women come together for any social or cultural activities, or are engaged in areas where they must interact together

This happened when I had just finished my school education. I had begun ruminating over what my religion taught me and the purpose of my existence. Reading about the plight of Muslims often produced a tinge of shame somewhere within me, particularly when for no reason at all, my classmates would throw a glance at me every now and then during our classes. I wondered why it was so that Muslims were painted that way and whether they were really so backward? I wanted to know whether all that we read in books and newspapers were true or was it just to demean a community that they were being presented in such a bad light? After my finals, I got the opportunity to find out more about the truth of all these things which used to perturb me immensely. Why not make an in-depth study of the Holy Quran to find out for myself what was true, I thought. This led me to inquire about which translation would be easier to read and understand. Of course I could read the Arabic text quite fluently as I had been reading it regularly ever since my childhood, but unfortunately as it is with most Muslims, I could not understand anything.

Very diligently, I set myself to this task and then, all of a sudden things started getting clear. Actually, more perturbing to me was the condition of Muslim women because they have been targeted for being backward. It is thought that as they are cloistered within the four walls of the house, they are a deprived lot. The hijab and modest dress of Muslim women was at that time being made fun of and quite often I came across the progressive section of society who took pleasure in making a mockery of the Islamic mode of dressing as an abominable form of dress. Somehow, the thought would keep me worried and agitated because I found that those among Muslims who were getting education like me in missionary schools or other secular institutions gave up this dress more out of contempt than anything else.

My own inquisitiveness increased when I found an article in the newspaper (The Statesman) about the plight of Muslim women. Upon reading it, I found myself impatient to find out as to why the writer had blamed the Islamic dress-code for the backwardness of Muslim women. The article had made an in-depth study of the condition of Indian Muslim women’s plight during the contemporary period and concluded with the resonance stated above. The article made me pretty agitated and made me think. I got the feeling again and again that this analysis lacked something sane and it was but a very shallow study of the Muslim community to draw such a conclusion.S
I wanted to know the Quranic decree about the Islamic dress-code for women and opening the Holy Book, I made a quick scansion of the index. Very promptly I was directed to Chapter 24 entitled Surah Al Noor, verse 31. It read as follows: “Say to the believing men that they restrain their eyes and guard their private parts. That is purer for them. Surely Allah is well aware of what they do.” I was awestruck. I had come across a wonderful verse which completely wipes away any biasness a reader would have because of some preconceived misunderstanding. This part of the verse first instructs men to observe modesty or hijab. Immediately after this exhortation believing women are addressed, “and say to the believing women that they restrain their eyes and guard their private parts” with the addition “that they should not display their beauty and ornaments except what (ordinarily) appear thereof; that they should draw their veils over their bosoms and not display their beauty except…” A list is given of those relatives who are termed as Mahram (in front of whom rules of hijab or segregation need not apply) by the Quran. Clearly, it is the kind of social balance that is preferable for mankind’s welfare and progress. It is the requirement of this social ethic when men and women come together for any social or cultural activities, or are engaged in areas where they must interact together. What is there to call regressive or oppressive about the injunction, as has been argued by our so-called enlightened friends. The West with all its glamour, freedom, and claims to ensure empowerment to women still remains unsuccessful in giving them decency and respect. It remains far behind where justice is concerned. All the furore for gender equality falls unto deaf ears.
I consider it my good luck for the decision I made to seek enlightenment from the Quran. Perhaps it can be helpful to others also who wish to be guided honestly and sincerely by the words of God. My experience has been enlightening enough to help me make a conscious decision for myself. I can definitely say that this Holy Book holds guidance for seekers of truth. When I decided to don the Islamic dress-code I did it willingly and conscientiously. I also found myself well equipped to answer the questions posed by friends from other walks of life. Thankfully, the Quran has been a great source of guidance to me.