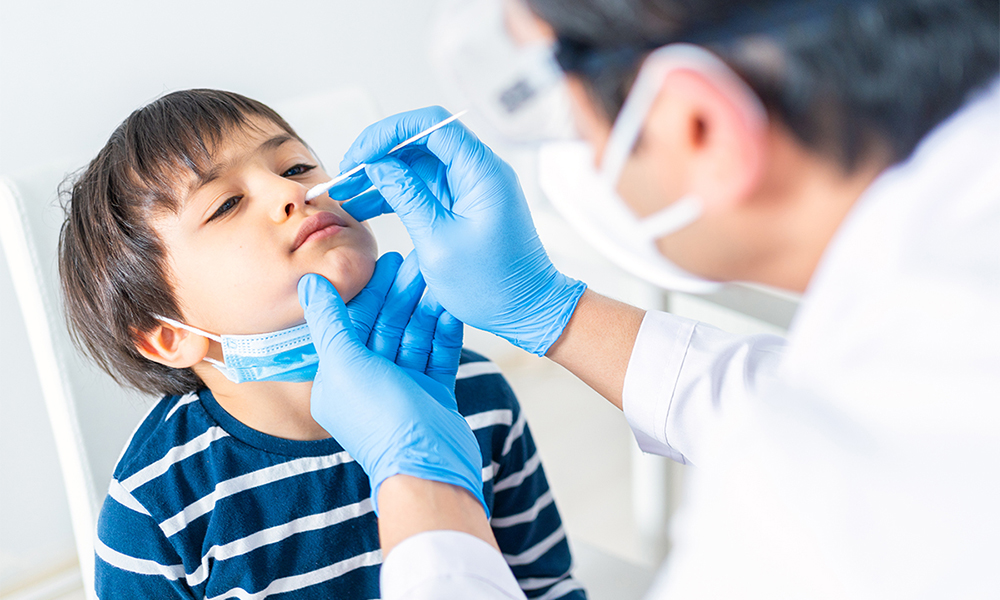 Category : Health
Author : Jolly Khan
When years later today’s children and adolescent will look up, they will identify themselves as lost generation, whose lives will fall forever under shadow of pandemic.” – David Robson

“When years later today’s children and adolescent will look up, they will identify themselves as lost generation, whose lives will fall forever under shadow of pandemic.” – David Robson

In response to the COVID crisis, Indian schools had been closed since the second week of March 2020. Efforts were made during this time to maintain children’s education by making both old and new media accessible, and online schools were made a new mode of education. Now, schools are open yet again.

However, not every family has the luxury to provide separate digital devices to each child. Lack of physical infrastructure, internet connectivity, and gender bias has all worsened the rural-urban divide. Furthermore, it has had no positive impact on students. Students, on the other hand, have become glued to their phones and have lost sight of time management. This has widened the difference between students in the same class in terms of cognitive capacity.

In addition, due to a lack of an engaging classroom atmosphere, children have missed out on intellectually stimulating activities such as field trips, group activities, and extracurricular activities. Children have been deprived of opportunities to broaden their horizons and to develop better awareness of the world. Adult IQ appears to be shaped by time spent in school, and a lack of a classroom environment may have substantial, lifelong repercussions on their cognitive abilities. More and more incidences of anxiety in children, particularly social anxiety, are being documented as a result of a lack of human touch. Children have been unable to develop their socioemotional abilities, which are critical for dealing with life’s challenges. The COVID-19 pandemic posed a complex set of issues for everyone, especially children and adolescents, with mental health implications such as dyslexia, ADHD, and Autism. Grief, worry, social isolation, excessive screen time, uncertainty, and parental exhaustion have all had a negative impact on children’s mental health. Friendships and family support are powerful stabilizing elements for the nurturing of young mind, but they have been damaged by the COVID-19 pandemic.

Do you recall your first day of school following Diwali, winter break, or summer vacation? Many of us would scratch our heads when our teacher would give us old math sums or ask science questions because we couldn’t recall previous lessons. Children returning to school after nearly a year and a half are dealing with the same phenomena. Many adolescents have a lack of fundamental knowledge, according to their teachers. There has been a long-standing disparity in learning ability. The significant impact of pandemic-induced schooling has resulted in academic regression in an entire generation of students.

To assess the extent and kind of academic regression among Indian children, a research study was conducted by Azim Premji foundation across 44 districts of the country. The conclusions of the study were unsurprising yet alarming. Over 82% of children have forgotten foundational abilities in Mathematics and over 92% have forgotten introductory abilities in language, which they knew in March 2020. The term “introductory abilities” refers to the skills that are necessary for all subsequent learning. For example, addition and subtraction in Mathematics, and the ability to comprehend a paragraph and tell its meaning in language.

Educational centres have begun to open as the world returns to normal. Parents along with the children standing in the queue can be observed sharing and discussing their concerns about their children’s social and intellectual development outside kindergarten and primary schools. Indeed, Children have been affected by the pandemic, and their growth has slowed.

These difficulties do not have a straightforward answer. To begin, this will require acknowledging and accepting the magnitude of the task. Each child needs individual attention. The assessment of each child should be made to determine the extent of his or her development and accordingly a strategy can be developed. This can only be achieved by organizing parents, teachers, mental health professionals and governing bodies together.

Fear, disappointment, grief, anxiety, fury, and loss are all frequent negative emotions among children. The COVID-19 pandemic has exacerbated the problem because of its lengthy, restricting, and broad character. Increased screen use, damaged family relationships, and a sedentary lifestyle at home are all additional challenges. Mild anxiety symptoms, such as sleep disturbance or decreased concentration level has become prevalent. Children, on the other hand, are quite resilient, and the majority will be able to survive with the assistance of their parents and classmates

Some children, however, are at a higher risk of experiencing extreme symptoms, such as severe anxiety, depression, and suicidal ideas. Any pre-existing mental health problem, previous traumatic events or abuse, family instability, or the loss of a loved one might put children at risk for developing severe mental illnesses.

Parents and caregivers are the most aware of their children. If you detect a substantial change in your child’s behaviour that lasts more than a week, you should seek expert help. As the child matures, such behaviour symptoms should be carefully observed and followed up with:

1.Thumb sucking, bedwetting, clinging to parents, sleep difficulties, loss of appetite, fear of dark, regression in behaviour, or withdrawal from interaction can be seen in children less than five years.