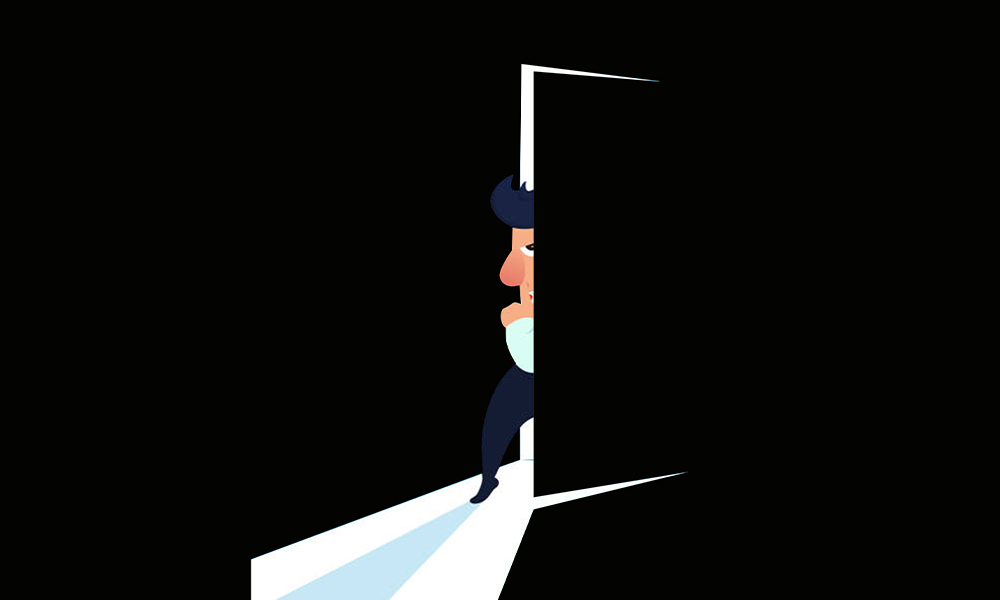 Category : LIFE LESSONS
Author : Malik Ishrat Nabi
Late at night, before going to bed she opened the Qur’an to recite some verses with the same questions in mind: where is life? Am I alive? And to her surprise the page opened at the ayat of Surah al-Anfal which says: “O you who believed, respond to Allah and to the Prophet (pbuh) when he (the Prophet Muhammad pbuh) calls you to that which gives you life…”

Today in the classroom, the students were discussing a Hadith of Prophet Muhammad (pbuh): “Beware of suspicion, for suspicion is the falsest of speech”. Among the students was Noor Sarmad, a reticent, mysterious girl, who had joined this school three months ago. She almost always avoided others due to self-knitted fears, judgments and assumptions, and seemed to be self-immersed in solving the puzzles of her inner complex nature. She was often tagged as arrogant and egoistic by her schoolmates. She was not arrogant, but just felt sick encountering them. Her teacher seemed to her a vampire, the students around her snakes with venomous big fangs, the school appeared to be a barren lifeless desert and the curriculum a big mountain. Noticing her, her teacher while leaving the class with a smiling face, whispered in her ear “Hey, Are you alive?” “Aaa…I’m…” she gasped. That evening, her teacher’s question echoed and echoed in her mind. It bothered her. She felt that she was in a cage, worthless and alone .She repeatedly asked this and other related questions to Allah and to herself in her loneliness. What is life? Where is life? Am I alive? Why am I becoming an escapist? What is the thing which causes fear in me? But got no clue. She felt an urge to read a short interesting story to get out of the pain she was in and she stumbled upon the story of Prophet Musa, when Allah conversed with him …

Allah: “And what is that in your right hand O Moses?”

Moses: “It is my staff; I lean upon it, and I bring down leaves for my sheep and I have therein other uses.

“So Moses threw it down, and lo! It was a snake, moving swiftly.” Moses got scared and he began to run away. Then Allah stopped him and said to him: “Seize it and fear not; we will return it to its former condition….” and she got lost in the beauty of the story and the euphoria it gave her.

Late at night, before going to bed she opened the Qur’an to recite some verses with the same questions in mind: where is life? Am I alive? And to her surprise the page opened at the ayat of Surah al-Anfal which says: “O you who believed, respond to Allah and to the Prophet (pbuh) when he (the Prophet Muhammad pbuh) calls you to that which gives you life…” It shook and melted her heart … she closed the Quran and hugged it as tightly as she could with her eyes closed; with a gush of tears trickling down her cheeks. Deep in her inner self, she began to connect the puzzle pieces amid her sobs as Allah had given her the answer. After sometime she heard herself saying “Beware of assumption, for assumption is of falsest speech.” Moses too was scared of holding the snake. Allah trained him to tackle things by hand …these things are not really worth fearing, even if they seem horrible, like pythons. The only thing which makes us fear is our assumption or suspicion about these things. By assuming things, we fall into the dark blind pits and self-doubt and consequently, we never try to reach out to truth, to life. These suspicions form opaque curtains between us and reality and we suffocate in the self-created prison….She wept till late and slowly and silently something, yes, something, broke inside her and something very beautiful took birth, perhaps a life anew.

The next day at school was altogether different; she overthrew the dam of fears and suspicions and moved like a light-weighted feather on the sparkling waters of life…she met her teacher, initiated a talk, asked him a question and thanked him. He was no more a vampire to her; she found him to be a very gentle, helpful and pure soul. Instead of avoiding them, she greeted her classmates and they had a healthy and beneficial discussion about the previously learnt Hadith. In her eyes, this time, her classmates were like the flowers of the garden: beautiful and blooming. Everything around her was alive, listening to her, all ears, gazing at her with friendly gazes. She became determined to study harder no matter how tough the syllabus was, she was ready to cross the ocean in the name of Allah, who made a path for Moses amidst the deep sea. Feeling so serene and peaceful for the first time, she looked up to the sky with wet eyes and a tranquil and grateful heart saying “Indeed, Oh, Life Giver! In following the path of your Messenger, there is….Life.”