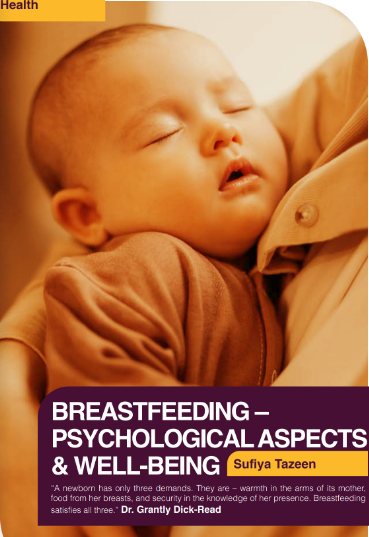 “A newborn has only three demands. They are – warmth in the arms of its mother, food from her breasts, and security in the knowledge of her presence. Breastfeeding satisfies all three.”

-Dr. Grantly Dick-Read
Becoming a mother is not just giving birth to a baby. A mother on the road to motherhood is born too. She takes charge as a caregiver to a human being who’s longing to be fed and feel safe and secure. While motherhood is a fun and a joy ride to most women, it sometimes doesn’t go too well with a few. It becomes a source of worry, disappointment, guilt, frustration, and even anger and fear. Psychiatrist Daniel Stern, in his books The Motherhood Constellation and The Birth of a Mother, mentions that giving birth to a new identity can be as demanding as giving birth to a new baby. Dr Stern emphasizes that becoming a mother is an identity shift and one of the most significant physical and psychological changes a woman will ever experience.
Motherhood is embarking on a road that is full of highs and lows. It demands the utmost dedication and effort to keep the developing baby happy and healthy. The most basic aspect to keep babies from experiencing any sort of unrest is to feed them from time to time – and the most nutritious feed for an infant is breast milk.

There is absolutely no alternative to breastmilk. It is the best source of nutrition for the infant. In the first month of the life of an infant, breasts produce a thick yellowish fluid called colostrum. It is rich in nutrients and proteins. It’s produced in very small quantities, but it is sufficient for the needs of the newborn in terms of quality. After the first month, colostrum turns into milk, and it keeps on increasing according to the needs of the baby. It has been found that there is no ideal composition of human milk, and it is not easy to control the complexity of its nutritional quality and quantity received by breastfed infants. It contains about 87% of water, 1% protein, 4% lipid, and 7% carbohydrate (including 1 to 2.4% oligosaccharides). It also consists of innumerable amounts of minerals and vitamins. It’s easy to digest, low in fat and plays a crucial role in building the immune system of the newborn. It contains millions of live cells that produce immune-boosting white blood cells and stem cells that are vital in helping organs develop and heal. It also consists of thousands of proteins which are useful for the development of the infant.

Amino acids present in breast milk are known to increase at night and are responsible for inducing sleep in the infant.

Human milk or breast milk also comprises over 200 complex sugars called oligosaccharides that prevent infections from entering the bloodstream and helps in lowering the risk of brain inflammation. Antibodies, also known as immunoglobulins, present in breast milk protect the baby against illnesses and infections by neutralizing bacteria and viruses. It also contains 1,400 microRNAs, which regulate gene development and help in preventing diseases from taking root in the body. It plays a vital role in supporting the baby’s immune system and plays a role in remodelling the breast.

Breastfeeding is without a doubt the “gold standard” practice of food supply in the initial months of postnatal life. The World Health Organization and the American Academy of Pediatrics recommend at least six months of exclusive breastfeeding, which is defined by breast milk as the sole source of sustenance. Along with being a critical source of nutrition to the infant, research shows that breastfeeding is not only just a meal at the breast but also has a significant and far-reaching impact on the cognition, behaviour and mental health, both in the infant and the mother. The impact of breastmilk on the infant’s health is so immense that it has been argued that it plays a pivotal role in reducing the risk of cognitive impairments among children. There is compelling evidence suggesting that cognitive abilities are impacted positively well beyond infancy, even into adulthood. A longer duration of breastfeeding has been shown to have a positive impact on cognitive performance. There are enough studies to demonstrate that breastfeeding duration during infancy is positively associated with reading ability at 53 years of age, as measured by the National Adult Reading Test.

There is accumulating research to suggest that the absence or short duration of exclusive breastfeeding might be associated with the development of autism spectrum disorder, a neurodevelopmental disorder characterized by social impairments. in general, breastfeeding experience has been associated with improved cognitive abilities, paved the way for better brain development and reduced risk for antisocial behaviour and atypical social development including ASD.

PSYCHOLOGICAL IMPACT OF BREASTFEEDING ON MOTHERS. Breastfeeding is not just beneficial for the health of the baby but has proven to have a positive significant impact on the mother. It improves mood and stress reactivity in mothers. As compared to formula-feeding mothers, breastfeeding mothers have shown reductions in anxiety, negative mood, and stress. Breastfeeding mothers also have a firm cardiac vagal tone modulation, reduced blood pressure and reduced heart rate reactivity as compared to mothers who feed formula milk. Moreover, there is evidence to prove that breastfeeding mothers have reduced cortisol response when they come in contact with social stress. They also display prolonged and higher-quality sleep patterns without any sort of sleep disturbance. Critically, breastfeeding also has a direct impact on mothers’ responsiveness to the emotions of others and hence improving their social interactions and relationships with the people around them. It is known that prolonged duration of exclusive breastfeeding is linked to facilitating happy facial expressions and reduced responsibility for threatening (angry) facial expressions.
Breastfeeding and attachment styles of mother-Infant. Feeding the infant breastmilk is extremely beneficial to facilitating maternal sensitivity and secure attachment between the mother and the infant. There is enough evidence suggesting that mothers who breastfeed their little ones tend to touch their babies often and are more responsive to the needs of their infants. They also spend more time with their baby by mutual gazing during feedings than bottle feeding mother–infant dyads do. Brain imaging studies also show that there is a positive influence of breastfeeding on the mother-infant relationship.
Conclusion Thus, there is no doubt that breastfeeding is by far the best practice which not only benefits the developing baby in terms of health and development but also helps the little one in gaining a secure attachment with their caregiver. It also plays a very significant role in benefitting the mother in losing weight gained during pregnancy and positively impacting mood swings caused during postpartum. Indeed “Breast is best”! for mothers as well as their babies. Indeed, Pamela Wiggins said it right “Breastfeeding is a mother’s gift to herself, her baby, and the earth.”