October 2021
Why I Love the Seerah of Rasoolullahﷺ 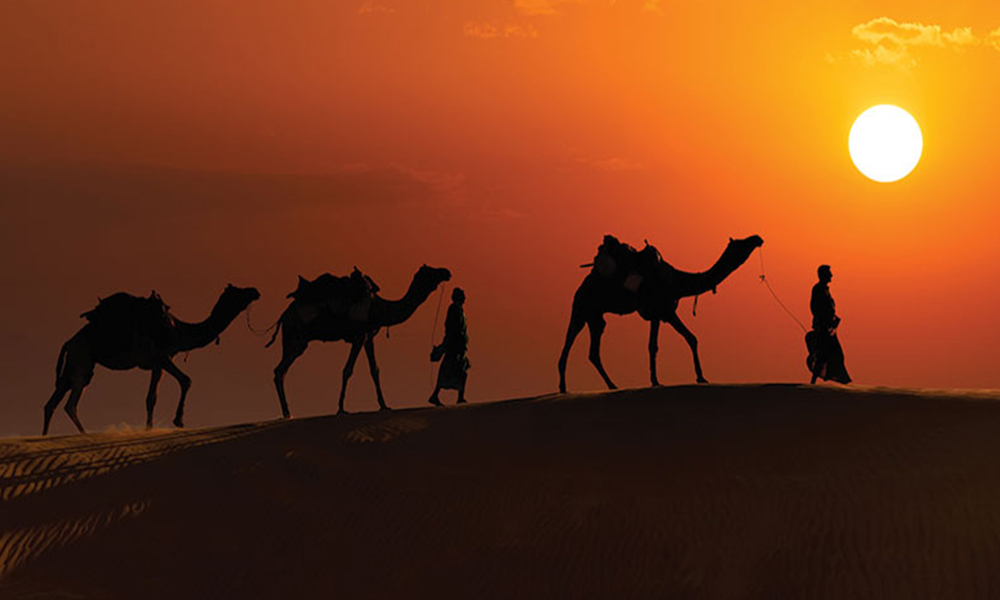 Category : Seerah Special
Author : Sana Fatima | Sania Mariam
How could such a perfect man exist? This can be understood by studying the Best Human at the best of times (generation of the Companions) in the best of places (Makkah and Madinah). The sheer zeal of this mission can be understood from this statement of the Prophet ﷺ when he was asked by his kind uncle Abu Talib to tone down his message. He ﷺ replied:
“O, my uncle! by God, if they put the sun in my right hand and the moon in my left on condition that I abandon this mission, I will not turn from it, until God has made me victorious, or I perish therein.”

Seerah is a miracle:

Ibn Hazm, a famous Andalusian scholar said, “Wallahi, if the Prophet ﷺ had not been given any miracle other than his life and times, it would have been sufficient to prove that he is a prophet of Allah.” A life where he started out as an orphan from literally nothing and within 23 years brought about social, political, and economic revolution in the Arabian Peninsula, thereby changing the course of history forever.

When we usually talk about miracles, we think of the splitting of the moon or of the early years of care with his foster mother Halima, without realizing that the whole life of Prophet Muhammad ﷺ is a miracle and the seerah is an affirmation of that miracle. Arabs didn’t even have a script and within 100 years they not only took over the Persian Empire but also started knocking on the doors of the Roman Empire. This is not something anyone could have predicted. To study it, know it, and imbibe it is akin to being a part of a proud heritage and being a part of the legacy of the miracle itself.

You fall in love with the Prophet Muhammad ﷺ:

Yes, over and over again. SubhanAllah. What would you think of a man whose first followers were the slaves, the outcasts, and the downtrodden? Whom he loved and who loved Him and his message so much that they were ready to give their lives fighting for it. The complete personality of the Prophet ﷺ ranging from being tender hearted even towards birds and children, to the display of sheer valour in front of all odds will leave you asking for more. It is no wonder that Allah swt himself has commanded us more than 50 times in the Quran to know him: Indeed there is for you, in the messenger of Allah, an exemplary manner, a perfect conduct”
[see Quran, 33:21].

How could such a perfect man exist? This can be understood by studying the Best Human at the best of times (generation of the Companions) in the best of places (Makkah and Madinah). The sheer zeal of this mission can be understood from this statement of the Prophet ﷺ when he was asked by his kind uncle Abu Talib to tone down his message. He ﷺ replied:
“O, my uncle! by God, if they put the sun in my right hand and the moon in my left on condition that I abandon this mission, I will not turn from it, until God has made me victorious, or I perish therein.”

The Quran opens up to you:

Seerah provides context to understand why and when a certain verse was revealed. The minute details of the life of the 6th Century Arabian Peninsula, their value systems, languages, their trade networks, tribal linkages, and the socio-political climate enriches your experience of reading the Quran. The verses gain an added meaning when we have a timeline of the events in the Prophet’s life through the Seerah, thereby adding greater coherence to the larger narrative. Allah says in the Qur’an –

“Why, when you heard it, did not the believing men and believing women think good of one another and say, “This is an obvious falsehood”? …When you received it with your tongues and said with your mouths that of which you had no knowledge and thought it was insignificant while it was, in the sight of Allah, tremendous. And why, when you heard it, did you not say, “It is not for us to speak of this. Exalted are You, [O Allah ]; this is a great slander?” Surah Noor (12-16)

Why were these verses revealed? Through the tafseer, we get to know that when our mother and the wonderful scholar and narrator of countless ahadith Aisha (RA) was slandered by the hypocrites of Medina, Allah himself revealed Surah Al Noor in her defense. However, the seerah enables us to see the Companions as human beings. Aisha’s blunt response, getting angry at the Prophet (saw) for asking her to clarify, indicates the vulnerable woman inside her. Seerah will also tell you about everything that transpired during this event, the politically vile intentions of those who made these allegations, and how the rest of the womenfolk responded. So the next time when you read the Surah, you will find that it has a newfound depth to it. It leaves an imprint in our mind that when society slanders you, it is Allah who is your defender.

If you are an Indian Muslim constantly facing Islamophobia, the revolutionary role of the Sahabas and Sahabiyats (male and female Companions) during the harsh Makkan phase can be an inspiration for you. As Muslim minorities in a threatening majoritarian society, the Companions faced the most severe of consequences for thirteen straight years with political astuteness coupled with the firmness of their faith. If the person who embraced Islam was from the noblemen of Quraysh (the most powerful tribe of that society), they would verbally abuse and socially boycott him or her. If the person was a businessman who was doing business with the Quraysh, they would boycott economically. If they were slaves and mawlas, they would physically torture and try to kill them. You will read about the nefarious strategies they connived against the believers to the point of attempting to assassinate the Prophet!

Your Imaan will go up by listening to the lives of these legendary people, their sacrifices, struggles, perseverance, and patience. And yet despite all of it, they came out victorious. It is a story of victory, of perseverance, and of izzat (honour) that Allah by his grace bestows on those who follow his path till the end. Certainly an imaan booster!

Lends you a methodology for revival:

We all know how the present Muslim society reeks of social evils. The caste system has become an integral part of Muslim lives. Muslim women are shamed and denied their rightful access in mosques and the community at large. Muslim men are beaten and lynched every day. The Quran and the Prophetﷺ are ridiculed and insulted. In this darkness, how do we empower ourselves? The Seerah gives us several methods to revive ourselves, our society and our community. It arms us with the knowledge to defend our Prophetﷺ. The early scholars of Islam (the sahaba, tabi’un, tabi’ al-tabi’in) used to teach the seerah just like they would teach all of the other sciences. Consider this, one of the finest examples in the seerah negating any possibility of social hierarchies:

Once the leaders of the Quraysh came to talk and the Prophetﷺ became hopeful that some of them were coming closer to Islam. At that point, their former slaves who had now accepted Islam (Ammar, Suhayb, and Bilal (RA) happened to pass by in front of them. One of the leaders commented “O Muhammad, how is it possible that if you are upon the truth, THESE people are following it before us?! If you want us to accept your religion, you have to get rid of these people.” They couldn’t imagine a slave and a master bowing down side by side to the same God and it made them cringe.

This Jahiliyyah (referring to the period of ignorance) mentality was countered by Allah SWT, when he immediately revealed in the Qur’an in Surah al-An’am: “If you were to reject them, you would be from the wrongdoers.” [6:52] This verse is of the highest praise for Ammar, Suhayb, and Bilal RA. Allah SWT told the Prophet ﷺ that if you turn away and choose the elites of the Quraysh over them, you would be of the wrong-doers. SubhanAllah. No compromise on values.

To conclude, our general exposure to Islam misses out on the amazing benefits which one can derive from studying the Seerah. A suggestion to parents would be to inculcate Seerah as a part of their children’s bedtime storytelling routine.