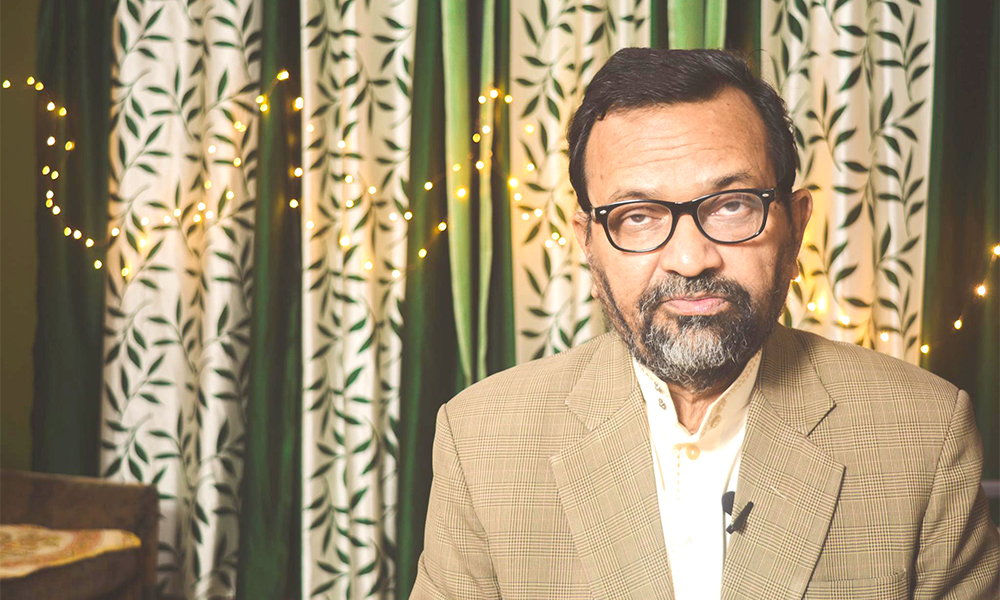 Category : FACE TO FACE:
Author : Aura Staff
Ph.D. Chemistry, IIT, Delhi
Honorary Secretary, erstwhile The Muslim Association for the Advancement of Science
1) What were the social, political and economic conditions of women in pre-Islamic Arabia, and how did it change after the revelation of the Qu’ran?

It appears that there were three categories of women in the pre-Islamic period in the Arabs of Makkah and around: the elites, the common women, and the captives. History does not inform us on their direct role in political affairs, however, the elite women must have played some role through their husbands. Similar to Hind wife, of Abu Sufiyan who had the capacity to influence her husband, there might have been many more. It appears that in the field of business they were active and free, and the prevailing social environment was conducive for them to run their own businesses. This is obvious from the fact that Ummul Momineen Hadhrat Khadijah had her independent business before she married the Prophet (PBUH).
In normal times the men and women followed their natural domains of activity, however, it seems that there was no social restriction on women to crossover to the domains which were traditionally man-dominated.

2) We are aware of the many important women in the Prophet’s life, ranging from his family members to other women who even fought alongside him in battles. In your opinion, how did they shape Islamic history and the path of humankind in general?

Precisely three examples can be given, Ummul Momineen Hadhrat Khadijah is a perfect guide and has been the most encouraging example for the women aspiring to lead a business life. Her conduct has in fact dismantled any possible social or psychological hurdles for a newcomer in this field. She inspires many, even today, and continues to give a feeling that a Muslim woman is following Prophet’s Sunnah by doing business.

Ummul Momineen Hadhrat Ayesha has opened windows of intellectual activism for Muslim women and has led many to aspire and develop insights into the wisdom of Islamic Knowledge. During her life after the Prophet (PBUH), she was a spiritual and intellectual guide to the Muslims of her time as everyone rushed to her to better understand the finer aspects of the Quran and Islamic wisdom. That she was a leader of the army during the Battle of Siffin, continues to inspire women to take on challenges and realise their lofty dreams.

Ummul Momineen Hadhrat Ummu Salma’s grace and serenity helped the Prophet composed and unfazed at the time of the treaty of Hudaybia when many of his companions felt so depressed that they momentarily failed to usually enthusiastically follow his instructions for sacrificing the animals at that time. Umme Salma realising the unusualness of the situation intelligently came out and persuaded the Prophet to take lead in the ritual. Umme Salma’s wisdom prevailed and the followers began to rush to follow the Prophet. Umme Salma’s serenity is still a guide for the ummah.

3) In modern societies, despite Islamic freedoms and the high moral standard of the Qu’ran, women’s voices are often unheard or silenced. Was the culture and examples that the Prophet (saw) set very different from what we see today?

The environment during the Prophet’s time was not very different, but different nevertheless. Muslims’ mindset had not yet become protective. It became overprotective only later when Muslims began to take refuge in protective measures which were administrative in nature and had nothing to do with the Quran or the Sunnah. For example, when the second Caliph Hadhrat Umar (RA) discouraged women to go to mosques for their prayers, it was not a religious instruction. It was only an administrative measure to safeguard the dignity of women at that time. Unfortunately, however, such reasons being the product of Umar (RA) and the likes’ wisdom, were later taken religiously.

This is perhaps the reason that the voices of women are unheard of today. However, if the women find the environment conducive, they become expressive and begin to seek wisdom directly from the Quran and Prophet’s Sunnah. This can be seen today among women aspiring to be Islamic even while living in the Western environment.

4) Islam spread throughout the world in many ways – trade, conquest, through places of worship, texts, and so on. What role did women play in this?

In the spread of Islam, the world over, the role of conquest and trade has been undoubtedly important, but this has served only to facilitate acceptance of Islam. The real role has been of the text and the Muslim families built around the text. Central in the Muslim families are the women whose conscious efforts in character building of their children and making them conscious of their duties for Islam have been instrumental in the ever-increasing acceptability of Islam. Women were and are instrumental in bringing the children closer to Islam and learn the Quran. In traditional Muslim societies of today and also of the near past, it was the mother taking the responsibility of making her children learn the Quran. In many cases, the children of nearby families also gathered around an elderly woman of a family and learnt to recite the Holy Book. Today there are women online groups for Quran learning in which dozens of women and young girls participate. Such groups are serving as home-based Quran learning centres for children. These centres are free of cost and for the pleasure of Allah.

5) As someone who is currently teaching a course on Islamic history, can you tell our women and girl readers about any interesting incident, person or narrative in Islamic history that they might not have read but should be aware of?

16th and 17th centuries of Muslim history coincide with the three greats of the world. In the subcontinent, the Mughal Emperor Akbar; the Great, in Iran, Abbas the Great; and in the Ottoman Empire, Suleiman the Magnificent. The Muslim state stretched from Burma of today up to Algiers in North Africa, they had no parallel in power and domination. But the cruellest fact of history is that when these greats began to fall it was so smooth that they did not even feel their sliding down. The Europeans, with the help of trade, captured the resources of the entire Muslim Land. From Indonesia, Malaysia and the Indian subcontinent, Iran and the entire Ottoman Empire, the whole of the land was economically captured without any military intervention. Some were physically enslaved and others had no choice but to consult Western Masters in policy making e.g., Ottoman Sultanate. The only example is that of Algiers which was militarily captured by France.

This was mainly due to the modern knowledge-based Western system, which was far more efficient than the age-old methods employed in the Muslim land. Natural Resources of the Muslim Countries could be unearthed by the Western nations because they were far more advanced as the modern science and technology was emerging there. Muslims did not realise the efficacy of the new techniques and knowledge and gradually Western nations began to dominate in Islamic lands. Few thousand people from Europe enslaved the entire Islamic lands; and this enslavement encompassed the economy, intellect, military and politics.

Perhaps this is the only example of enslavement without any military intervention and only on the basis of new knowledge and techniques which the people in Muslim lands neither knew nor wanted to know. Our people have not studied history from this angle. They must know and ponder over.

6) Finally – why is it important to know and understand history?

While studying the Quran, we frequently come across some historical references. This makes at least primary knowledge of History necessary to better understand the Quran. However, history becomes even more important, because it tells us how the Quran’s enlightened community performed on the world stage during the past centuries. The Quran is a live book and it has created a live community. History is a record of these performances, and we must be aware of what has been done in the past and where do we stand today.