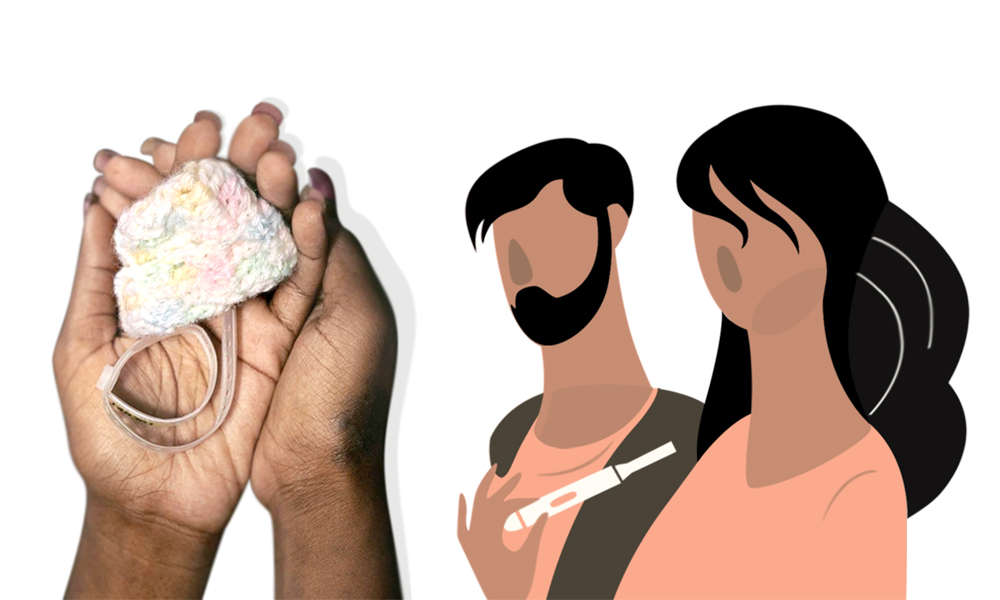 Category : Health
Author : By Aura Staff
The following interview was conducted with a mother of one who offered her insights and experiences of pregnancy loss and how to overcome such grief. The month of October is observed as Pregnancy and Infant Loss Remembrance Month in some parts of the world to highlight the struggles women face in this very personal journey of motherhood.
15th October is observed as Pregnancy and Infant Loss Remembrance Day every year, to mark and commemorate the difficult experience that many women undergo in their lives. Miscarriage, pregnancy loss and the death of a young child all have immense psychological, physical and mental effects on not just women, but also the family as a whole. Aura spoke to a mother who had a similar experience.
1. Tell us a little bit about your motherhood journey. Once I got married, my husband and I decided we wanted kids. We tried for a baby, and I got pregnant fairly early. I was very happy. In the first ultrasound, everything was fine, but at around 11 weeks I got some cramps and spotting and I was terrified. When I went to the doctor and she took an ultrasound, we realized that the baby’s heart had stopped at 9 weeks. I had to get a D&C (dilation and curettage). For a long time we tried – almost a year – and it was really frustrating. When I did get pregnant, I had a miscarriage at around 5 weeks. I got pregnant for the third time, and that’s my daughter today. That was the pregnancy that finally worked and I gave birth to my daughter.
2. Do you feel like the issues of mothers, expecting mothers and women struggling with infertility or difficult pregnancies need greater attention and care than they receive today? It definitely needs a lot more attention. People don’t realise how draining it is to try to conceive, especially when the people around you all seem to be getting pregnant and give birth with no problem. It takes a huge toll on one’s mental health and it puts a lot of strain on the couples’ sex life and their relationship as a whole.
3. Miscarriages and stillbirths are experiences that many women undergo in their lives but often do not find support systems to help them through the process. Did you have a similar experience? I did. No one could understand why I was so heartbroken except my husband. It was like grieving the death of a friend, but no one else could understand it. My first miscarriage brought me very close to slipping back into depression. Most of my friends also asked me questions as if blaming me, as if I had done something to make the miscarriage happen. For example, a friend asked me if I miscarried because I ate too much spicy food. The architect of the Constitution of India Dr. B.R Ambedkar said: “I measure the progress of a community by the degree of progress which women have achieved.”

4. Motherhood is as much a mental journey as a physical one. Do you agree?

It definitely is, especially in my case because I had really bad postpartum depression (PPD). So, being a mother didn’t come naturally to me. The first few days were the most difficult days of my life. It was like having to take care of a helpless thing with whom I had no connection and had also started hating for absolutely no fault of hers. What was funny is that postpartum depression in my case was more physiological than mental or psychological. I had no psychological reason to be depressed. Everyone around me was so supportive and being a mother was the thing I wanted more than anything in the world. It was pure hormones and the chemicals in my brain. Within two days of taking the medicines, my anxiety disappeared and I was able to form a strong bond with my daughter. I also have ADHD and women with ADHD are 4x more likely to have postpartum depression.

5. What kind of support networks would you recommend for women trying for children and expecting mothers? What is the role of the husband and the family in facilitating this journey? I’m not sure if there are any support networks that are already available. I think a lot needs to change with how we handle miscarriages, infertility etc. There needs to be awareness and people need to learn to deal with empathy, especially the husband and the family. I think a lot of families unintentionally blame the woman or assume that she did something wrong to miscarry, which is horrible. There needs to be awareness about how often miscarriages happen and why. It’s rarely ever the woman’s fault and in most cases, there’s no clear answer as to why it happened.
6. Finally – to all the women who may have undergone similar experiences as you, what advice do you have? What has been the role of faith in overcoming such trauma, for you? I think being Muslim and having faith, knowing that there is goodness in whatever happens, even if you cannot see it, that’s the only thing that helped me get through that period – knowing that I’ll be rewarded for it, In Sha Allah. This journey of how I conceived, it’s such a big lesson about putting my trust in Allah. Nothing else teaches you to put your trust in Allah like infertility does. After the first miscarriage, I became obsessed with becoming pregnant. Every month was hell. I put so much pressure on myself. It even put a lot of strain on my marriage. It strains your intimate life. The wait, the not knowing – I don’t know how I got through seeing the negative test each time. After a year, after losing the second baby, I said to my husband ‘I’m done trying, if it happens, it happens.’ I gave up looking at dates and calculating everything. I find it amazing – how I was trying for one year to do everything in my capacity, and when I finally gave up, it happened, Alhamdullilah. It was a lesson in qadr for me. If not for my faith, I don’t know how I would have survived that period.