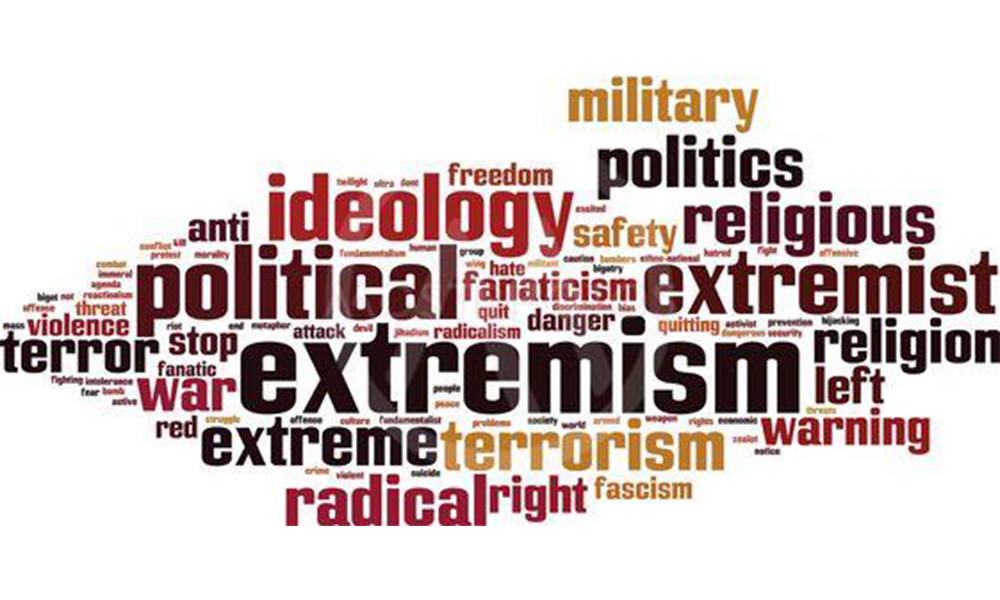 Extremists! Fundamentalists! Terrorists! Do these words ring a bell? Yes, these are descriptions of Muslims coined by the “liberal”, “progressive” media, especially the Western press, over the centuries.

The term ‘Islamophobia’ is a more recent one, the use and misuse of which has increased manifold after the September 11, 2001 attacks, also known as 9/11, on the World Trade Centre in New York.

The Cambridge English Dictionary describes the word Islamophobia as an “unreasonable dislike or fear of, and prejudice against, Muslims or Islam.”

Islamophobia, which has spread in many parts of the world, is often used by the West to define its war against the world of Islam and Muslims.

The media, especially in the West, has been bombarding people with anti-Islamic rhetoric to the point that many uninitiated end up forming a negative image of Islam in their minds without even knowing what real Islam stands for.

Closer home, the Indian version of Islamophobia, indiscriminately peddled mainly by the right-wing media, shows it as a threat to the secular fabric as well as the unity of India.
The reasons for Islamophobia can vary from place to place and region to region. Overall, Islam poses a threat to interest-based banking system and to the endless list of social evils, be it sexual anarchy, gambling or alcoholism. Islam is also a threat to the political authority of the powers-that-be.

Despite the false propaganda, bias and prejudice against Islam, not to speak of the atrocities against Muslims, the religion continues to draw people towards its fold.

A religion of peace Islam derives its name from the word salam which means peace and accords great importance to the sanctity of life.
Islam preaches non-violence Allah commands Muslims not to go to extremes, by saying in the Quran, “Do not transgress the limits.” (2:190) Another verse of the Holy Quran says, “Whoever kills one innocent human being, it shall be as if he has killed all mankind and whoever saves the life of one, it shall be as if he has saved the life of all mankind.” (5:32)
No compulsion in religion Islam proclaims that there is no compulsion in religion. So, there cannot be any forced conversion to Islam and whosoever does it defies the command of Allah. The Quran specifically and forcefully declares, “Laa ikrah-a fiddin”, which means, “There is no compulsion in religion or faith.” When Allah, the Almighty, himself states this, there does not arise any question of compelling anyone to embrace Islam by force. The notion of non-violence has its roots in various religions in general and in Islam in particular. Islam eliminates hatred through love, terrorism through peace and ignorance through knowledge.
Islam advocates for religious tolerance Islam preaches and practices tolerance. Muslim hospitality is legendary and it is part of their faith to honour and love fellow human beings. During the caliphate of Umar ibn Khattab (RA), the then superpowers Persia and Rome came under Islamic rule. But he did not pressure any Christian slave to embrace Islam. Islam, in letter and spirit, champions the cause of peace and harmony in society. It proclaims that all human beings are equal and have been bestowed dignity by the Creator. Muslims have been living in peaceful co-existence in many countries with the majority of people who are non-Muslims.
Islam denounces terrorism All the acts of inciting terror are forbidden and detestable acts, according to Islam. Any individual or people committing an act of terrorism would be guilty of violating the laws of Islam. It is stated in the Qur’an that Allah does not forbid you from showing kindness and dealing justly with those who have not fought you over religion and have not driven you out of your homes. Allah loves those who are just.

Islam gives the legitimate right to fight against aggression or when oppressed, like many other religions do. But some verses of Quran often mislead people about Islam.

“And kill them where-ever you find them, and expel them from where they expelled you, as persecuting people to sway them from God’s religion is worse than killing. But if they do fight you, then say them; This is the recompense of the disbelievers.”
Quran (2:191)

This verse is often quoted out of context and is used to attack Islam. It should be understood that Allah mentions fighting as a means of self-defence. This can be applied only in particular circumstances where Muslims have to defend themselves from oppression and aggression.

It is also stated in the Qur’an that whenever the enemy ceases its hostility and compromises, then Muslims should cease fighting. “And if they incline to peace, then incline to it and trust in God.” [Quran – 8:61]

The misunderstood word of Jihad Jihad literally means effort or struggle: a ‘meritorious struggle’ and an ‘exerted effort’. The exact meaning of the word jihad depends on the context, but is often translated erroneously as ‘holy war’. In the ethical realm, jihad refers to human struggle to promote what is right and prevent what is wrong. Recently, there has been controversy about false terms such as ‘narcotics jihad’, ‘land jihad’ and other such claims, which are used to discredit and frame Muslims in India. But the term in reality has a much deeper meaning and cannot be twisted this way. It is being used to fuel antagonism, opposition and even economic and social boycott against the community.
Jihad in different religions In the Bhagavad Gita, the holy book of Hindus, Krishna tells Arjuna to fight as it is a dharmic duty. “Athachettvam imam dharmyam, Sangrāmamna Karishyasitata Sva- dharmamkirtam cha hitva Papamavapyasi.” (2:33) [Arjuna! If you refuse to fight this righteous war, abandoning your social duty and reputation, you will certainly incur sin. “] War is described as duty – Dharma Yudh The Biblical Old Testament tells believers to go to war. “When you go out to war against enemies, you shall not be afraid of them. Do not fear or panic. Let not your heart faint – Your God is with you where he who goes with you to fight for you against your enemies to give you victory.” Deuteronomy [20:1-4] The Bible speaks of the holy war against violence. The concept of holy war is found in the ‘Book of Joshua’. Even though all religions speak about holy war, only the verses from the Holy Quran are regurgitated by angry Islamophobes who call Islam a barbaric desert cult.
Conclusion The Quran calls its way the path of peace [Quran 5:11] The spirit of Islam is the path of peace. Islam is a religion of peace in the true sense of the word. Every teaching of Islam is based on the principles of peace. Thus, one must understand that Islamophobia is the result of misinformation, ignorance and distorted worldview. To rid people of this wrong attitude, one should be familiarised with the view of Islam based on peace and brotherhood. With better understanding of Islam among people at large, there should be efforts to establish justice in global society. A brief study of the basic facts about the misunderstood religion – Islam – can help demolish the fiction and bogey created about Islam and Muslims.