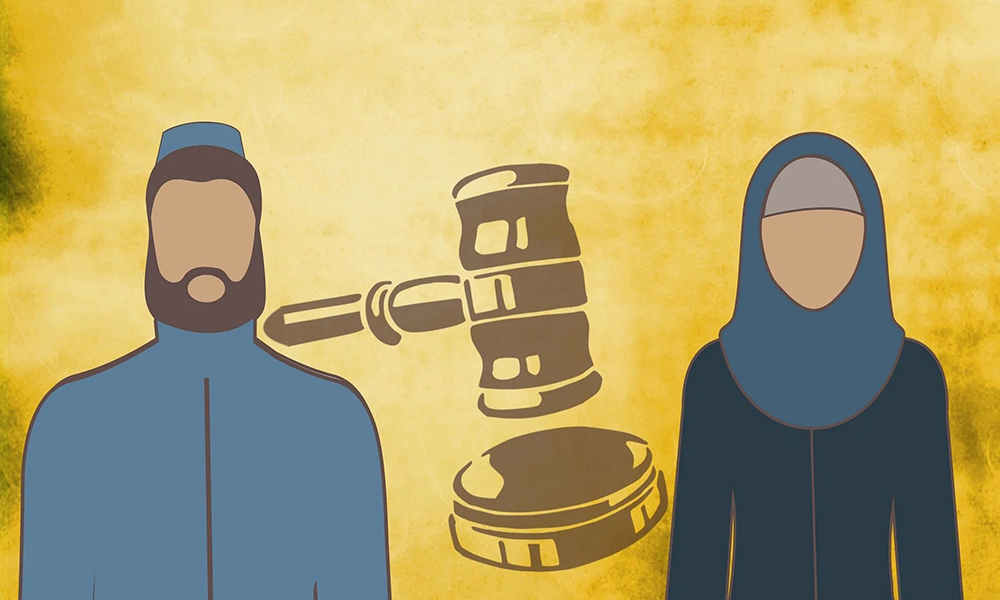 Those who are furious about the law of divorce in Islam state two grounds against it. Firstly, Muslim men’s unilateral right to divorce in which the woman does not have any say and secondly, absence of an equal form of divorce for Muslim women. This is not the first time we have listened to this cry for Muslim women’s justice and equality; rather in the course of the time, it has become a part of the communal electoral politics, which is tweaked according to the socio-political situations of the country. And interestingly the right of Muslim women under Muslim Personal law is a favourite topic of students and researchers of legal academia. This is portrayed through a perfect chain of an oppressor, a subject and a savior. According to this legal imagination, there is

a) an oppressive set of norms i.e., Muslim Personal Law which is replete with injustice to

b) Muslim women who are perfect subjects, ‘historically proven’ as voiceless and agency-less with the help of Western liberal scholars and media, and

c) the savior, that is a secular justice system which emancipates women from all their ties of religious rules.

The petitions filed by Shayera Bano under consideration of the Supreme Court along with the suo moto petitions tried to make a point about the discrimination Muslim women face from their husbands within the practices of marriage and unilateral divorce. Though legal academia rarely considers the text of a petition as a source of judicial discourse, at least in this situation, the suo moto petition cannot be ignored. It is a glaring example of what all is hidden by a judicial silence and the rhetoric of discrimination faced by Muslim women. This also indicates that Muslim women are not the only subjects ripped of their claims. At least in this context of Prakash v. Phulavati[1] from where the suo moto petition originates, Hindu women were the ones denied their justice.

The argument about the discrimination of Sharia providing a unique unilateral divorce right for men comes from ignorance. This is the same ignorance even maintained by the judiciary in India. There are different means of divorce granted exclusively to women by the Sharia as known as Faskh and Khula. When Faskh dissolves the marital tie in the presence of a qazi, khula doesn’t have to fulfill that requirement. A wife can repudiate her marriage with a man even on the grounds that she is not attracted to him. This is what ahadith say from instances of the time of the Prophet. However, the wife has to compensate the husband on the occasion of khula, the limit of which cannot be more than the dower (mahr) she received.

To my utter surprise, a Kerala High Court single judge bench declared a woman guilty of bigamy and imprisoned her because of the reason that she obtained her divorce by extra judicial means and not under the Dissolution of Muslim Marriage Act.[2] According to Justice Khalid, the judge, once Muslim women’s right to dissolve her marriage is codified into the Act, she has no option but to follow the Act in order to get a divorce. Thereby, the judge underlined that all other rights that Muslim women enjoyed in the form of faskh are suspended since its enactment.

The right to faskh demands dissolution by means of arbitration through a qazi who is a religious adjudicator. There are Muslim women who obtain divorce by way of khula and faskh through non state adjudicative sites such as qazi courts. But surveys on Muslim women’s experience say that even after they managed to dissolve an undesired and often, an abusive marital relationship by means of this non state adjudicative forums, they find it difficult to enforce other rights associated with divorce – specifically property claims through the secular civil courts.[3] The current legal system makes it necessary for them to approach civil courts in order to obtain the above said rights after divorce, because non state dispute settlements in the form of qazi courts have lost their enforcement capacity by the emergence of the secular state legal mechanisms. In some instances, the civil courts do not take into account the divorce procured by means of non-state adjudicators, specifically religious adjudicators.[4]

Clouding the right of khula and applying strict conditions to restrict men from pronouncing talaq, our judiciary is actually working in the direction of reducing men’s right to divorce, because a unilateral right to repudiate marriage is a unique form of dissolution of marriage not familiar to other personal laws in India.[5] What we emphasize here is fault based divorce. The so-called Indian culture celebrates the notion that marriage is a sacrosanct institution which keeps the sexuality of women within the boundary of their family and culture – for life. Therefore, divorce except on fault based grounds are not appreciated by the Indian Courts.[6] But an Islamic understanding of the marriage more in the nature of a contract permits both parties to dissolve the marriage due to incompatibility, rather than persisting on living together even without any affection or marital relationship. In many cases it can be seen that judges take the ground that a unilateral form of divorce is not there in other personal laws to invalidate or to restrict the talaq pronounced by a husband.[7] This can be taken as a classic example of dealing with the “other” about whom the majoritarian judiciary is ignorant. Hence it is not always the gender justice concerns but the unification mentality that is what operates behind restricting talaq.

It is not meant to say that such restrictions on the arbitrary use of talaq are unnecessary. Rather this points to the reluctance of our courts to open the gates of women’s right to divorce on equal footing with men’s rights and their ignorance towards the actual claims of Muslim women. An analysis of cases before the higher courts with respect to Muslim women’s claims related to their marital status reveal that none of these cases are directly challenging the husband’s right to divorce. But the challenge arise at the instance of husband’s refusal to provide maintenance on the ground that they have divorced their wife already and therefore, they are not liable to maintain their wives anymore.[8] This argument is totally based on the continued ignorance of Muslim population as well as the legal fraternity about existing law of the land that is, the right of a divorced wife for maintenance and provisions according to The Muslim Women (Protection of Rights on Divorce) Act, 1986.

This fact points to the real claims of Muslim women which is not an abolition of men’s right, rather their claim is for their right to property and life and security during and after marriage. Instead of ensuring the rights of women to property, why does the legal discourse focus on restricting the right to divorce? This question may take us to the double standard our judiciary has taken while they adjudicate upon the claims of women in their marital property, as we have seen in the case of Khatoon Nisa from Allahabad[9]. No legal effort of restraining men from their right is going to help women when the State is not ready to make space for entertaining women’s rights.

Restricting men from their rights helps to mask the women’s rights, which are actually provided under the religious principles but unknown to a mainstream Indian society. As Indian judges find this contrary to the dominant Indian culture, they made its benefits impossible to access for Muslim women in India. Therefore before romanticizing the role played by our judiciary in bringing justice for Muslim women, it is good to go back to the language of the judiciary. We can see that majoritarian flavor in celebrated Shahbano[10], and even the Daniel Latifi case[11] where the judiciary used the lens of a ‘good wife’ or ‘mother’ to qualify for the maintenance rights of Muslim women, while these are not criteria in Islam to provide a woman her rights in her marital property and maintenance.

It is necessary for the judiciary to look at the existing provisions of Islamic law regarding marriage and divorce after removing their biased lenses which consider personal laws to be backward and gender unfriendly. Also, it might be a healthy practice for courts to stop constructing the ‘Muslim Woman’ as a pitiful subject, incapable of voicing her needs and demands.

[4] See Vatuk, S. “Divorce at the Wife’s Initiative in Muslim Personal Law: What are the Options and What are Their Implications for Women’s Welfare?” in Parashar, A. and Dhanda, A. et. al (eds) Redefining Family Law in India: Essays in Honour of B. Sivaramayya (Routledge, New Delhi, 2008).