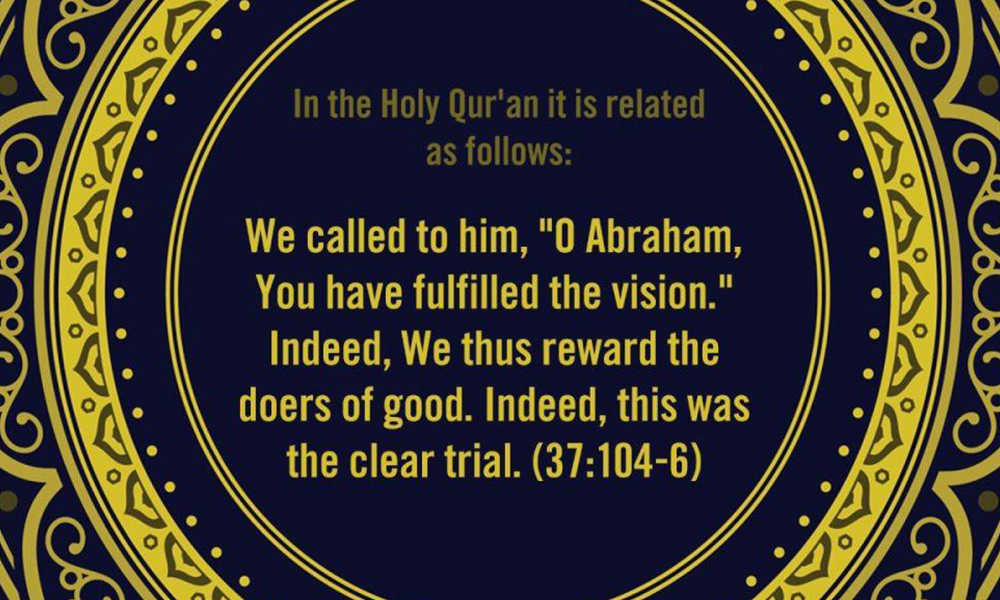 Sacrifice your son was the order in the dream,
Flinched not nor faltered, the Surrenderer Supreme.

Sacrifice was not desired, but a test for Ibraheem,
Triumphed he and his obedient son Ismaeel.

Deed so great, never witnessed by any nation,
Glorify them did He – The Majestic, The Magnificient.

With an honour so great, till time eternal the act made persistent.
The reward for the ‘Muhsineen’ – the benefactors, the beneficients.

Worshipping only The Creator and not His creation,
With selflessness, steadfastness, obedience and total submission.