October 2021
Educators for All Time: Jotiba, Savitri and Fatima 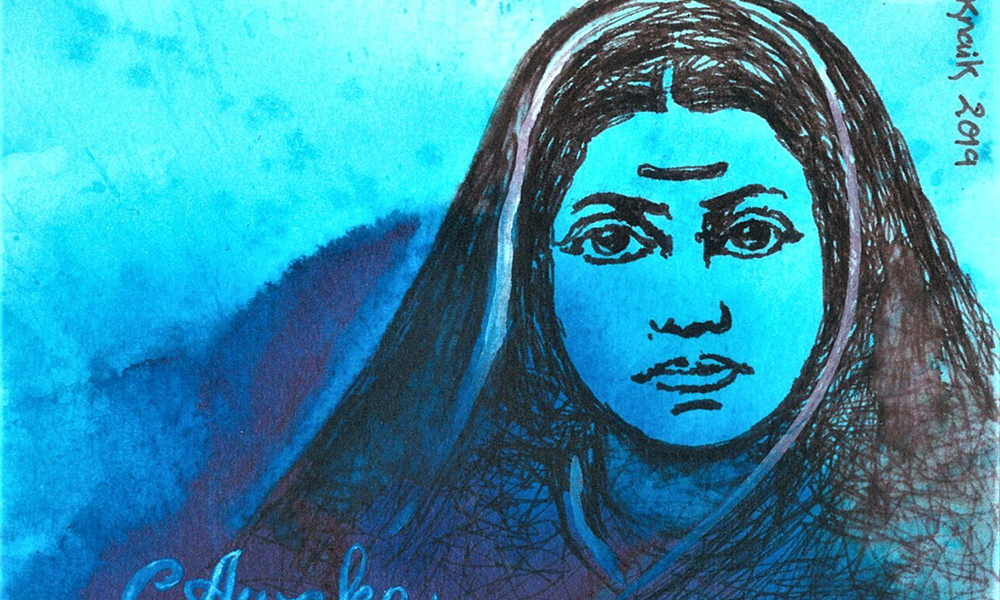 In 1850, Jotiba and Savitri opened up 2 educational trusts named Native Female School, Pune and The Society for Promoting Educations of Mahars and Mangs. By 1851, Phule had established 3 schools at Pune having around 150 girl students. In 1855, Jotiba and Savitri also opened a night school for workers and peasants. Fatima Sheikh used to go door to door to counsel parents and mobilize students for the schools.
India must be blamed for having the longest and most cruel system of slavery in human history: a millennium-long system known as the Hindu caste system. This slave system, much as it appears ordered by the hierarchy of caste, also seems anarchic because of the absence of an absolute monarch, governor or oppressor, and thus this system remains invisible to many.
Similar to how
anti-slavery movements across the world rose out of the sense perception of the enslaved, the very first recognition of the caste system in India as a form of ‘slavery’ was sensed and articulated by Jotiba Phule and Savitribai Phule who led a moral and intellectual revolution for human liberation out of these shackles.
In the Shastras and Smritis, not only is there an absence of the ex-untouchable communities, but Shudras are depicted as beings devoid of any virtues as well. Rather, their subject-hood is constituted by enforced servitude to the twice-born (dvija) castes. Historically and scripturally, even upper-caste women are denied any right to education and property, and instead have been turned into property for a twice-born caste man to use for his benefits. This system constructs the most brutal structure of punishment when they dream, desire and transgress the boundaries beyond Slavery. In this context, the Phule couple along with their companion Fatima Sheikh sought to bring the idea of universal moral education as a radical redressal to the immoral social system.

If it was not for Christian missionary schools, the Phule couple would never have had the opportunity and right to education. This perhaps would have delayed the Indian revolt for education and renaissance for many more centuries. Jotiba was also forced to leave school education because of being born in the Mali caste, but with the encouragement of Munshi Ghaffar Baig and Lizit Shahab he continued his studies in a Scottish missionary till grade 7th. Being born in 1831, and married by 1840, Savitri was educated by Jotiba at home. Savitri later continued her studies at the hands of Keshav Shivram Bhavalkar and also took her teacher’s training course in an American missionary institute in Ahmednagar and in Pune’s Norman School. In 1848, Jotiba and Savitri opened up their first school at Bhidewada after teaching for quite some time at Maharwada, starting with only 9 students when Savitri was only 17 and Jotiba was 21 years old.

Savitri used to carry an extra saree to her way to school as cow-dung, mud and stones were thrown at her for teaching those who were forced into slavery. Such humiliation and condemnation not just happened from outside, but in 1849 the Phule couples were thrown out of their own home for the same reason, and they found shelter at Jotiba’s companion, Usman Sheikh’s home. There, they met Fatima Sheikh who was encouraged by her brother to pursue education and both Savitri and Fatima Sheikh took teacher’s training at Norman School together. In one of the letters, in October 1856, Savitri wrote to Jotiba about her confrontation with her brother wherein her brother justified their excommunication because of their endeavours to teach the oppressed, to which Savitri had responded comparing how animals in a caste society are touchable and deified as against the untouchables who live an undignified life with inhumane violence. Savitri had convinced her brother how it was bestial to obey the dictates of Brahmins, while she and her husband were doing God’s own work by educating the ‘lower caste’ persons and helping them attain freedom. The methods to attain such moral knowledge were developed on the forms of sense perception – from experience and reason as a way out of the clutches of the caste Hindu oppressive morality.

In 1850, Jotiba and Savitri opened up 2 educational trusts named Native Female School, Pune and The Society for Promoting Educations of Mahars and Mangs. By 1851, Phule had established 3 schools at Pune having around 150 girl students. In 1855, Jotiba and Savitri also opened a night school for workers and peasants. Fatima Sheikh used to go door to door to counsel parents and mobilize students for the schools.

She taught in every school that the Phule couples had founded, and in fact had cofounded 2 schools in Bombay herself. Savitri, while away from the schools, would often worry that her absence overburdened Fatima, which she mentioned in a letter to Jotiba. Jotiba and Savitri are the ones who founded the first ever schools for the Shudras, Ati-Shudras and the women of this country. Savitri also stands as the first ever woman teacher and headmistress in India. Yet, it would be reductionist if we merely identify them as educators of the oppressed. We must also understand how they revolutionized the very idea of education itself. Apart from propagating universal education where the lowest among the lowest could exercise their rights to education and lead themselves to emancipation, they also spoke of what kind of education must be there and what would be the structure of educational spaces.

They also had spoken out against Sanskritic education and pioneered the voice for modern English education wherein everyone could have equal access without ritual discrimination. Both of them espoused the idea of a school which would emphasize on the value of labour of the marginalized Bahujan groups, which has always been stigmatized and devalued by the upper castes. Their teachings translated into protests against the cruel system of the time; for example, they helped organize a ‘Nai caste’ (barber) protest against the demonic portrayal of widow women through shaving of their heads. For both of them, it was not merely reading what amounted to education, but education in itself ought to be a quest to truth, where people can use their reason to do so, thus by questioning and reasoning out everything around them; questioning the very ideologies, texts and phenomena which are rooted in violence, subjugation, barbarism and injustice. Thus, we can say both their idea of education is rooted in universal morality and in the quest of truth.

Jotiba’s organization, Satyadhodhak Samaj, was founded upon the philosophy of belief in One God who has created a just world having resources for all without any discrimination, without any Varna and caste, where fraternity, equality and freedom can be truly achieved. It was led by Savitri after 1890. The organization helped peasants achieve their rights through peasant cultural education, and at the same time propagated Satyadhodhak marriages where people could marry of their own choice, irrespective of caste, without priests and unnecessary rituals, and whereby the groom would promise to educate his wife.

Thus, the Satyadhodhak movement also stands as the very first anti-caste revolutionary organization of modern India for universal moral education, something that society still needs to achieve today. Savitri also pioneered movements against female infanticide, child marriage and for widow remarriage, opened home for widows, orphanages for uncared children, and started Mahila Seva Mandal in 1852, where everyone used to sit on the same mat. Even the death of Savitri educates us about how to achieve humanity even at the most difficult times. She, as well as her son died serving and treating the plague affected persons whom the rest of the society just had left to die without care, which is still a common occurrence during the current COVID-19 pandemic.

From within the anti-caste movement, we always cherish the revolutionary partnership between Jotiba and Savitri which goes beyond and against the casteist and patriarchal norms of society, as well as the beautiful companionship with Usman and Fatima Sheikh. Endearingly, we call Savitribai as Savitrimai (mother). When speak of our mother, we don’t speak of a victim, voiceless figure crushed by casteist and patriarchal forces, but a revolutionary one who transgressed all man-made boundaries made for her, and taught us not to remain slaves, but as to live lives of dignity, humanity and always be in quest of truth. Such revolutionary history should not just be remembered and cherished, but also be in our everyday praxis to achieve a Satyadhodhak Samaj.