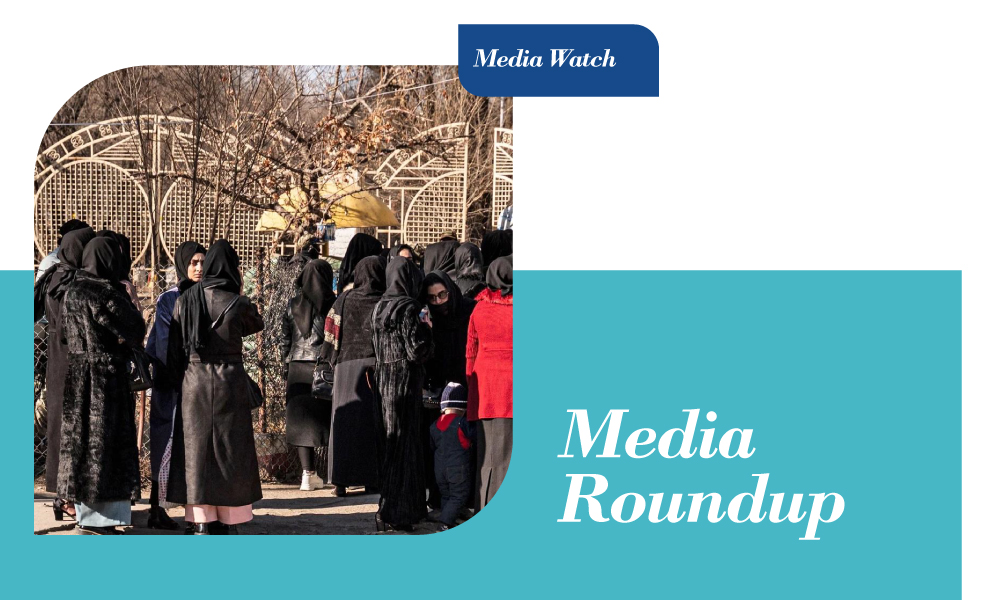 Category : MEDIA WATCH
Author : Sameena Afshan
In March, the Taliban had already restricted girls from returning to secondary schools citing reformation in its curriculum. It’s now imperative that the international community at large and the Muslim World, in particular, should intervene and rescue Afghan women from the inhuman and un-Islamic methods of the Taliban. Mere condemnations and concerns will not yield anything while one-half of the society is left behind in education.
Ban on Women’s Education By Taliban

In an extremely unfortunate development, the Taliban rulers of Afghanistan have legislated an indefinite ban on university education for the women of the country. When the Taliban 2.0 took control over the administration in Afghanistan, they had promised equality and protection of women’s rights which they failed to deliver even in its lowest form. Although women in Afghanistan were used to tight restrictions imposed on them in several ways, they were hopeful that their right to education would not be curtailed. This ban comes three months after thousands of girls from all over the country appeared for university entrance tests aspiring to graduate and contribute to the country’s development. In March, the Taliban had already restricted girls from returning to secondary schools citing reformation in its curriculum. It’s now imperative that the international community at large and the Muslim World, in particular, should intervene and rescue Afghan women from the inhuman and un-Islamic methods of the Taliban. Mere condemnations and concerns will not yield anything while one-half of the society is left behind in education.

The month-long football extravaganza ended on a positive note while the football lovers who went to Qatar to witness the game carried back home a lot of memorable events and delightful experiences. One of the highlights of the tournament was that several women football fans expressed that they experienced a safe and secure environment in Qatar. The BBC carried a detailed report saying “Why Women Feel Safer in World Cup 2022?”’ with opinions of many women football fans who said that they were skeptical about their safety before travelling to the Middle Eastern nation but were awed by the diligent maintenance of law and order there. Women largely expressed that they felt safer because of the restriction on alcohol consumption. BBC quotes a female fan called Bete Besica from Sao Paulo who said “For me as a woman on my own, it feels safer without alcohol in the stadiums. I just don’t like it when everyone is drunk”. Reuters quotes a football fan from England Ellie Molloson: “I was expecting a very dangerous place for women. I didn’t think I was going to be safe here, from coming here that’s not been the case, as a travelling female fan I can say that I have felt very safe”. Al Jazeera also interviewed several female fans during the matches who felt that ‘safety’ was one of the winners at the World Cup 2022. Al Jazeera quoted a tournament volunteer from Brazil who said, “I could never imagine going to a football match alone in my hometown. I can’t imagine being outside late at night, using my phone in public without fear and just being able to enjoy a walk or a football match. Here, I feel 100 percent safe and that’s a great thing for us women: to be able to enjoy the festivities and football in a safe and secure manner.”
From the beginning, the FIFA World Cup 2022 was billed as a family-friendly tournament. The world has witnessed the scenes at the stadium with children of all ages along with their parents waving flags and cheering for their favourite teams. Public opinion said that this child-friendly atmosphere could be because of the alcohol ban at the stadiums and the excellent law enforcement arrangements in the vicinity. Qatar being one of the smallest countries in the Middle East has set a great example of being a wonderful host of this world cup.

Prime Minister Narender Modi has declared that India would soon host a big sports event like the FIFA world cup. While addressing a gathering at Meghalaya the Prime Minister said “Today the teams playing in the Qatar finals is between foreign countries. But, I can say with assurance that we will be organising an event like the FIFA world cup in India and will cheer for the tricolour”. Although this announcement could spread joy among sports lovers, it is to be noted that India recently withdrew its bid to host the 2027 AFC Asian Cup saying that hosting such big events is not among its “strategic priorities” at this juncture. India’s best performance in the Asian Cup was being a runner-up in 1964. India is currently ranked 106 out of 211 nations in the Men’s FIFA rankings. India, with a huge population of potential youths, has always failed to excel in sports at the international level. Poor infrastructure, lack of encouragement, absence of required endowments, socio-cultural structure, political interventions, corruption etc are the prime hurdles to achieving success. The Prime Minister should keep up the promise and overcome these hurdles so that India can proudly host a mega sports event in future. Otherwise, his declaration at Meghalaya could be termed as nothing but a mere gimmick to grab some public applause.

63 Indian Cities among the Most Polluted

In March 2022, the World Air Quality Report stated that 63 Indian cities are among the 100 most polluted cities on earth. NDTV reported that all six metro cities except Chennai saw an increase in air pollution levels during the year with 63 cities dominating the list of 100 most polluted places and more than half of these cities are in Uttar Pradesh and Haryana. New Delhi is marked as the most polluted capital city globally for the fourth consecutive year. Air pollution has reached an alarming situation in India as by the end of the year there is no significant change to the March 2022 report. Air pollution has had a huge impact on human health in the country and it continues. In 2019 the Ministry of Environment, Forest and Climate Change enacted the National Clean Air Program, NCAP to implement city, regional and state-specific clean air action plans. After 3 years of the formation of NCAP India did not see any progress in the air quality of its cities. This indicates a big gap between the formulation of policies and their actual implementation. There is a need to spread rapid awareness among the masses and bring in stringent measures to monitor the implementation of the policies at the earliest. 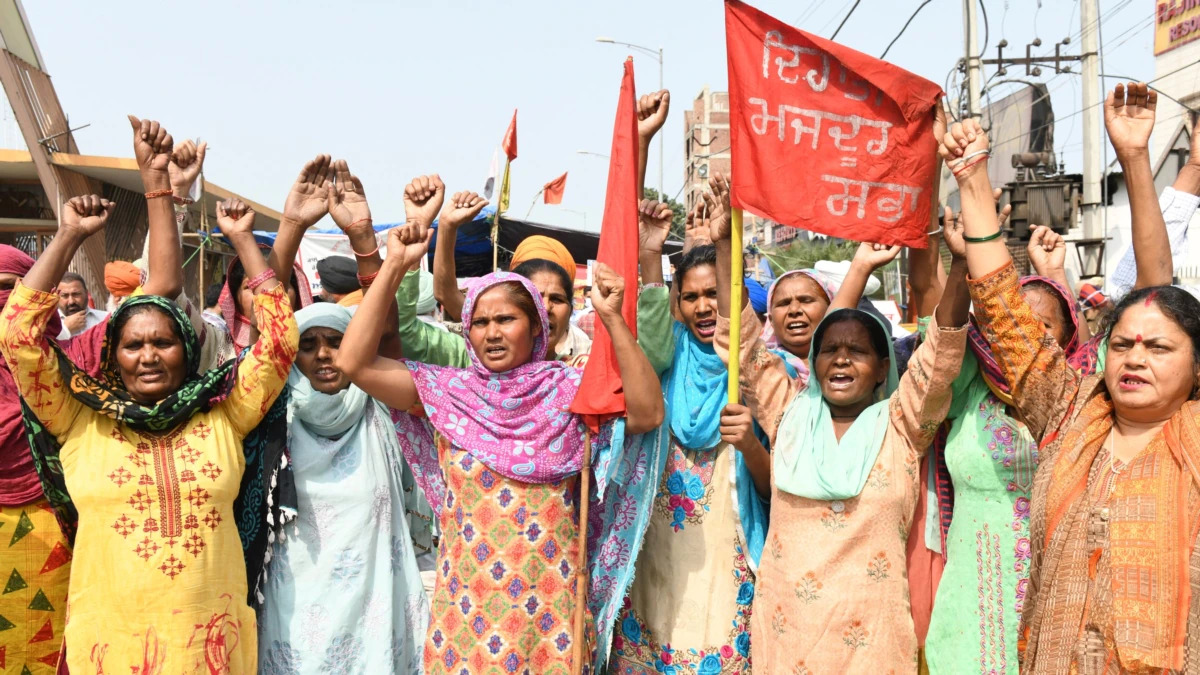 From Bihar, a piece of shocking news has emerged regarding an alleged land dispute. In Nakti Patwara village of West Champaran, five women have been shot at by Shishir Dubey, a man who claims to be the previous owner of the land. The villagers, including the five injured women, claim that the land was given to them as part of the government’s grant for landless labourers in 1985. Since the matter was subsequently taken to court by the dispossessed labourers, the court placed a freeze on the land in 2004. However, Dubey recently tried to forcibly plough the land using a tractor, leading the labourers to protest for their rights. He then pulled a gun on them. The women are being treated at the district hospital. This serious matter of dispossesion and outrageous physical violence deserves greater importance than the media has given it so far.