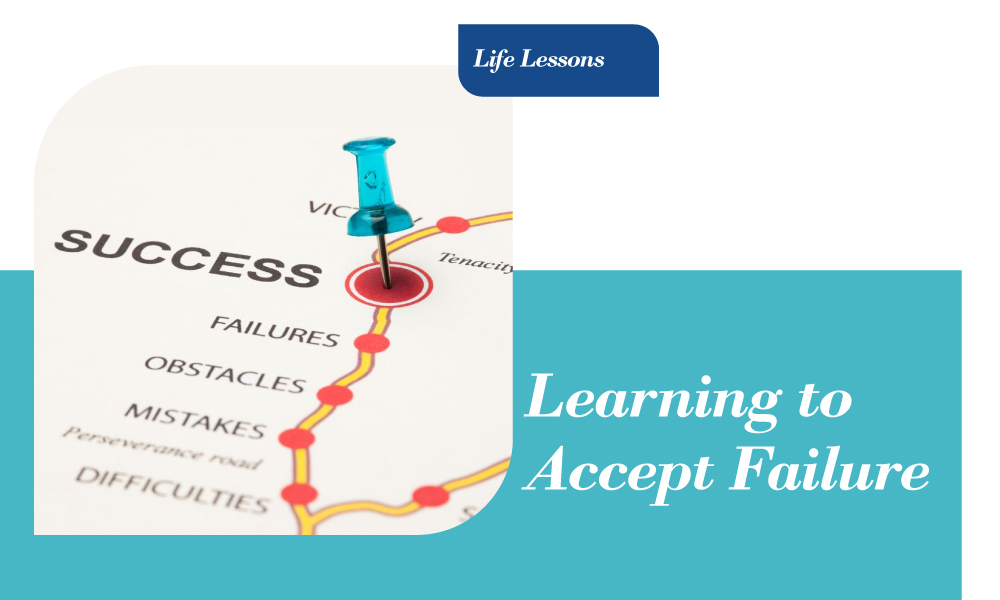 Category : LIFE LESSONS
Author : Ayesha Syed
According to the Cambridge Dictionary,
it is the fact of something not working.
In simpler terms, failure is the opposite of success.

What is a failure, and what does it mean to fail at something?

According to the Cambridge Dictionary, it is the fact of something not working. In simpler terms, failure is the opposite of success.

So, why is it such a taboo in society? Why is failure seen as an embarrassment, and why do we feel hesitant to talk about it?

The Creator has made everything in pairs. Sometimes they complement each other, and sometimes they are polar opposites. There is night and day, moon and sun, black and white, and the list goes on. Similarly, there are successes and failures.

In the whim of hustling and finding ways to succeed, we have forgotten that success and failure go hand in hand. We cannot separate the two. It is a constant cycle that goes on and on forever. We need to normalise failure. If we fail at something, then it doesn’t mean that it’s the end of the world.

We grow through our failures, they are the war wounds in the battle of life every one of us is fighting. By failing at something, we are becoming capable of doing things in a better way. They are windows to gaining experience.
We have become the kind of people who have normalised failing for certain things and unthinkable for other matters. When it comes to situations where we can compare ourselves with other people, failing is unimaginable.

We hesitate to share our scores, grades, and results. A prime example of failing and not feeling bad about it is gaming. The entire world of gaming is set up on the concept of failing and trying again.

Today the market is full of self-help books. Interestingly, they were written by people who failed a million times before learning to do things in a better way. Then they wrote them down in a book to help others.

One small hack is to set up small goals while on your way towards the bigger goal. Celebrate small victories. It is easy to quit but always remember that we are closer to our goals today than we were yesterday. And even if we failed, we learned through it. If we are not failing at something, we are not doing it right.

Before babies take their first step, they fall back down ten times, but they always get back up again. The eleventh time they try, they succeed in taking their first step. In a world full of people who quit easily, let’s be resilient like babies. Instead of feeling miserable over a setback, let’s learn to laugh like babies even when they fall on the ground.

Not being able to achieve what we aspired for is a tough pill to swallow. But acknowledging mistakes and moving on to do things differently is the way forward. We get to see this pattern in the Quran while learning about the struggles of the Prophets. Prophet Adam (AS), Prophet Ibrahim (AS), Prophet Nuh (AS) and Prophet Muhammad (PBUH) all faced failures. They acknowledged them and moved forward with their missions.

May the Almighty make us the type of people who are resilient and who can move forward despite the failures we face.