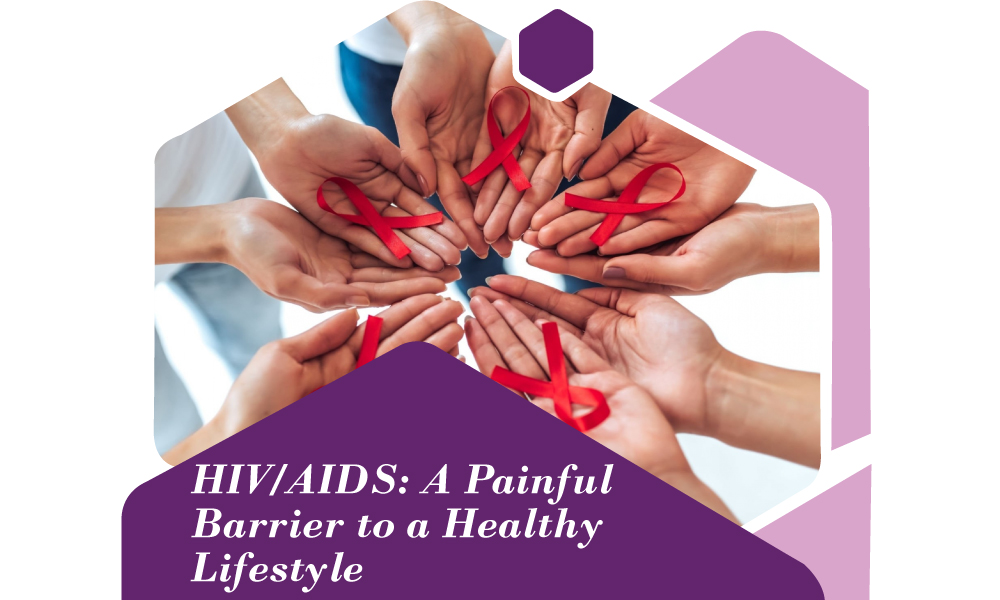 Category : Health
Author : Sufiya Tazeen
The stress of living with a serious condition such as HIV not only damages mental well-being but also poses a great risk of developing mood, anxiety, and cognitive conditions. Mental health and AIDS are positively correlated. Several mental health issues including substance-use disorders. These disorders pose a great risk of spreading HIV/AIDS which in turn, interferes with the treatment of the ailment. Conversely, some mental health disorders occur as a direct consequence of HIV infection.

HIV/AIDS is a significant cause of death and disability, especially in low- and middle-income countries. UNAIDS estimates that as of 2007, 33 million people were living with HIV. This virus attacks and weakens the immune system. If proper and timely treatment is not given, it can progress to an advanced stage called AIDS. Receiving an HIV diagnosis and living with the condition can have a drastic negative impact on a person’s mental health.

The stress of living with a serious condition such as HIV not only damages mental well-being but also poses a great risk of developing mood, anxiety, and cognitive conditions. Mental health and AIDS are positively correlated. These disorders pose a great risk of spreading HIV/AIDS which in turn, interfere with the treatment of the ailment. Conversely, some mental health disorders occur as a direct consequence of HIV infection.

Mental Illness is significantly present in HIV-infected people at a rate substantially higher than the general population. Moreover, the presence of HIV is largely seen among highly vulnerable, marginalized and stigmatised populations, like sex workers, men who have sex with men, drug users and prisoners, who have higher levels of mental health disorders than the general population. Increased psychological distress among people with HIV infection is common. Studies in both low- and high-income countries have reported higher rates of depression in HIV-positive people when compared to HIV-negative people. The level of distress and suffering often seems to be related to the severity of symptoms of HIV infection.

This deadly virus not only causes mental distress to the individual but also poses a significant psychological burden. Individuals who have contracted this virus largely suffer from depression and extreme anxiety as they have to adjust to the changing bodily functions and also have to face the difficulties of living with this life-threatening disease. They are in constant fear of having a short life expectancy, complicated therapeutic treatments, lack of social support from family and friends and the fear of abandonment and stigmatisation. This can further escalate to the person having suicidal ideations or actually attempting suicide.

Apart from this range of psychological distress and mental instability, HIV infection also has a direct impact on the central nervous system, and causes neuropsychiatric complications, including HIV encephalopathy, depression, mania, cognitive disorders, and dementia, often in combination. Children and newborn babies who are infected with HIV are most likely to undergo motor and cognitive deficits which can place a huge negative impact on their childhood experiences.

It is important that a person begins HIV treatment immediately after the diagnosis is made, as it can have a positive effect on the overall health outcome. HIV treatment involves a series of Antiretroviral Therapeutic Regimens which play a significant role in suppressing and controlling the virus. While Antiretroviral Therapy can manage the virus, the drugs given administering ART can have a negative impact on the individual’s sleep patterns and cause further anxiety and depression resulting in increased mental ill-health. Hence, it is extremely important for the person living with HIV and undergoing treatment to speak to a registered practitioner about their mental health. Getting proper psychological assistance and working out a proper treatment plan with a mental health professional can greatly help the individual to evaluate their options for leading a stress-free lifestyle and maintaining a good healthy life. Better coping mechanisms and learnt resourcefulness also impact the experience of depressive symptoms and the ability to care for oneself. In cases of HIV/AIDS, families and caregivers should also be given adequate support and counselling to deal with the everyday challenges that come their way while caring for the HIV-infected member of the family or group. A supportive family and a caring partner can have positive results in improving the mental and physical health of the individual.

The way forward….
In order to avoid the extreme pain and suffering this ailment brings, it is very important for people to lead a healthy lifestyle without indulging in unhealthy sexual practices and being away from drugs and other life-threatening medicines. Harmful practices which are against the law of nature and which contribute to illness and suffering must be monitored in society and among youngsters. Only then, a better and a healthy society can come to exist.

Both HIV and AIDS are highly stigmatised conditions which can cause a person to dwell in the dark corners of persecution, isolation and exclusion. The stress and strains of managing the condition and the medications can also further contribute to damaging mental stability. Fortunately, as science and technology have advanced many nuanced medical therapies and psychological services are present which can help people to fight stigma and discrimination.

Therefore, it is important for people living with HIV to begin HIV treatment immediately without delay and seek out psychological assistance and talk to a professional about their mental health. A mental health professional can discuss their options and suggest treatments such as talking therapy, and cognitive behavioural therapies. Receiving additional assistance and support along with medical treatment can help the individual to have a hopeful tomorrow.