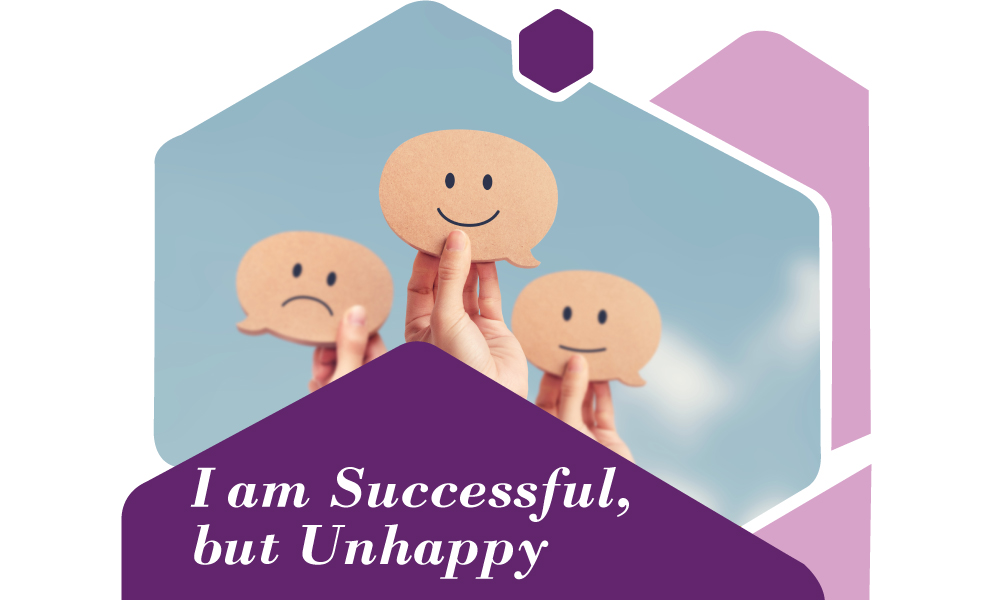 Translation: Al Jamia Al Islamia, Santhapuram (2018-24 Batch)
I said: Observe a child who seems extremely joyful when he possesses his favourite toy which he craves for. But when he was dreaming about it, he was less happy. Also, he becomes silent and thoughtful. Do you think that earning money and being successful in the job will give you happiness? If yes, then you have misunderstood.

He said : I would like to share my feelings. I told him to go ahead. He said: Although I am successful in life, l feel disappointed. I asked: What do you mean by success in your life? He replied: Though I had the distinction in my schooling and prosperity in my job, I don’t sense inner peace.

He said : I think I am successful in the second, but what do you mean by dealing with myself?

I asked : When do you think you are the happiest – when you try to achieve your goal or when you live the moment of accomplishment?

He replied : I think both.

I said : But comparatively, your happiness at the moment of accomplishment is more.

I said : Observe a child who seems extremely joyful when he possesses his favourite toy which he craves for. But when he was dreaming about it, he was less happy. Also, he becomes silent and thoughtful. Do you think that earning money and being successful in the job will give you happiness? If yes, then you have misunderstood.

He said : But all my friends and the media show us that happiness is in travelling, eating, having money, luxurious life and so on.

I said : What you mentioned doesn’t contradict the concept of happiness, but these aren’t complete happiness. Because if all these examples will make you happy then why don’t you have your internal happiness?

I said : Of course! The needy one sees money as a source of happiness
and the rich see it as an increase in the account balance, but it just gives you instant happiness; it’s not a solution for everything. Similarly, when you enjoy eating a dish or going on a luxurious journey, they are just short-term enjoyment. Once, Al Rafie well explained that a traveller is not one who moves from one place to another but is one who moves from one interest to another. I have sat with many millionaires and heard them confessing calmly and serenely. The summary of what they told me was that after making money all these years, they found that happiness is not confined to money. One of them even told me that his happiness was overwhelming when he earned his first million, but he didn’t feel happy at all with the rest of the millions he earned. Whereas they realized that happiness is in honest social relationships, high morals, a good reputation, and spending time with family and children. Happiness is an internal feeling and a condition of mind; it has nothing to do with gold coins and bank balances.

He said : Your words have deep meaning. You have helped me a lot in realizing that internal happiness, which I lacked, is the reason for true happiness.

I said : There is another important educational factor that is inevitable in achieving happiness, the role of religion and parental education. Positive education makes you happy whereas faith makes you happy forever. You look at reality and yourself with an optimistic attitude, as the Prophet (pbuh ) said, “How wonderful the affair of the believer is! Indeed, all of his affairs are good for him. This is for no one but the believer. If something good happens to him, he is grateful to Allah, which is good for him. And if something bad happens to him, he has patience, which is good for him.”

If you wish to be happy, then be with happy people and accompany the optimists and in the instances where you feel negativity or sadness, just remember that it’s what life is like and try your best to control your feelings until you return to your positivity. And seek refuge from the cursed Satan because making you sad is one of his goals as the Almighty said, “The whispering of Satan aims at causing grief to those who believe…” (58:10)

Your happiness can be achieved through your confidence and dealing well with the whispers of the devil. Happiness is neither tangible, nor photographed by the camera, and there is no scale for happiness.