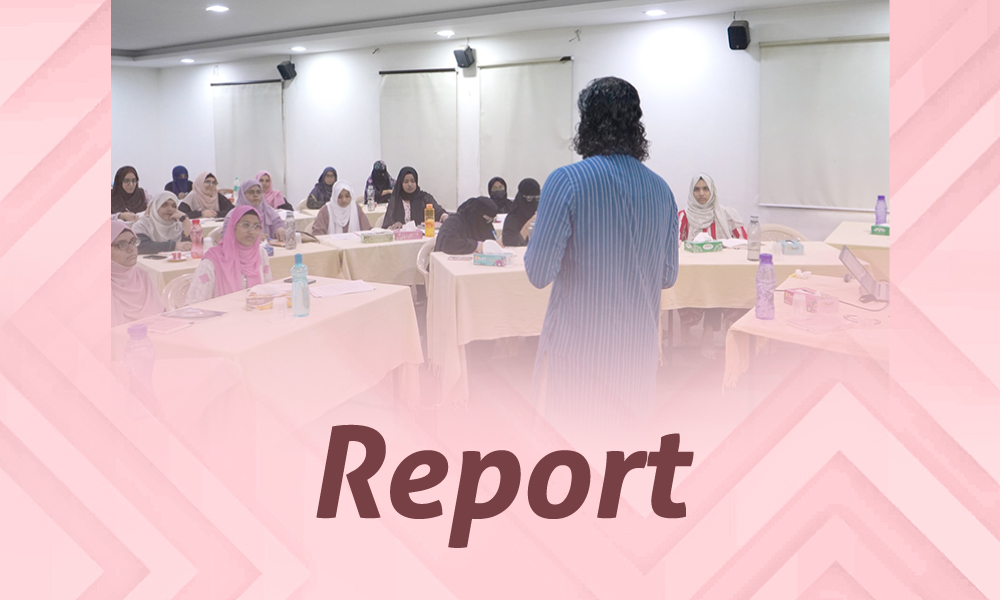 For three exciting days, 35 girls and women came together in the shared pursuit of the written word. From refreshing their basics of writing, refining their skills to taking part in experiments and modules that challenged them, the Writers’ Workshop organized by Women’s Wing, JIH, had it all! Coming from all over India, writers ranging from 18 year-olds fresh out of school to school teachers and journalists, the workshop was targeted at aspiring writers who wanted to write better, simply put. But the workshop went above and beyond, judging from the fact that in the Open House session at the end, it appeared that most of the participants thought it had been too short an experience.

Each day began with Inspiration from Quran, Hadith or History, with experts in the field helping the participants prepare for the day by connecting the skills of communication, writing and reading to Quranic inspirations and lessons from the life of the Prophet (saw). A sentiment that emerged, right from the start, was the importance of telling one’s stories with honesty before someone else does; something very relevant in the era of fake news and misinformation. Day 1 involved an exciting Keynote Address titled Writing to Reform by Syed Sadatullah Hussaini, President, Jamaat e Islami Hind, and author of over 20 books. The rest of the day proceeded with modules on use of technology (Ateequr Rahman, Asst Secy, HRD Dept, JIH), an introductory ice-breaking session, a panel discussion titled Expectations of JIH Publications, an expert talk on Tips on Writing for General Publications by senior journalist, Javed Gaihlot, and a group discussion session. The last session proved particularly engaging with the workshop participants being divided into five groups and asked to present their thoughts on various relevant topics.

Day 2 and 3 were expertly handled by Mohammad Noushad, writer, trainer and documentarian, whose expertise in multiple forms of writing, film-making and script-writing helped the participants discover new ways of writing, hone their skills and partake in various interactive exercises. The closing session of Day 3, the Open House involved an open feedback session which was enthusiastically taken up by the participants with the hope for more such workshops in the future firmly expressed across the board. The workshop was an example of how the vast women and girls’ talents are yet to be fully harnessed, and hold immense potential for society at large. In an era of media that is gradually losing any meaning, it was highly motivational for aspiring writers to not only meet experts of the field, but also meet peers and receive feedback and support.