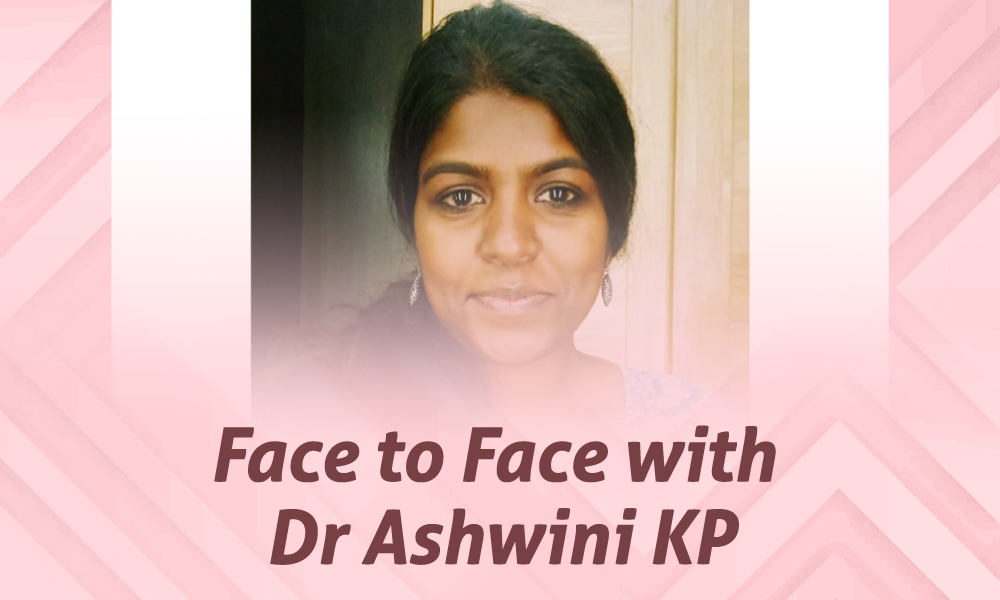 1) Tell us a little about your academic background, work and current engagements, including how your recent appointment as Special Rapporteur came about.

I hail from Kolar district in Karnataka. Most of my schooling was done in various districts across Karnataka. I completed my graduation from Mount Carmel College, Bangalore and my Masters from St. Joseph’s College, Bangalore. I completed my MPhil and PhD from JNU. My PhD topic was “International Dimension of Human Rights of Dalits: A Comparative Study of India and Nepal.” I worked as an assistant professor at Mount Carmel College and St. Joseph’s College in Bangalore. I also worked with Amnesty International as a senior campaigner on business and human rights. I have cofounded an organisation named Zariya. We focus primarily on marginalised women’s education and their livelihood. With regards to the appointment, I had applied for the position of the Special Rapporteur on Racism. I was shortlisted for the interview along with 12 other candidates, after which I was appointed to the position.

2) Caste can be said to be the foundational hierarchical structure of India. How do you link discourses on caste, race, and other hierarchies?

Caste, race and other hierarchies are similar to each other in several aspects. Social exclusion is the main foundation of caste, race and several other forms of discrimination. While we look at caste, there is also an aspect of race that comes in. Any form of institution that is built on the idea of hierarchy and exclusion needs to be annihilated. At present the discourse of caste and race has gained a transnational outlook. Caste is no more confined to India or south Asia. Racism, caste are present across the globe. Race, caste and other forms of hierarchies cannot be discussed in isolation. It is important to examine the repercussion of these systems that flourish despite domestic and international laws that prohibits racism, casteism and others forms of hierarchies. There should also be a combination of an academic and activist outlook to understand and address the discourse related to caste, race and others forms of discrimination. With transnational movements at the forefront, it is essential to address all forms of discrimination in an effective manner.

3) Gender is another factor that shapes the experience of dignity, self-respect and exclusion in India, particularly when it comes to marginalised women. What are the major aspects of women’s lives, particularly Dalit women’s lives you would like to work on or improve through your work?

We all are aware that marginalised women face multiple forms of discrimination. Caste, class, gender, region and many other factors affect the socio-economic condition of Dalit women. The representation of Dalit women in various fields continues to be dismal. Education is one of the significant factors for empowerment of any marginalised communities. I personally would like to focus on education which will facilitate in overall improvement of Dalit women in the community. In addition, I would like to focus on policy analysis pertaining to marginalised communities with specific reference to Dalit and other marginalised women. Policies have major impact on creating a space for opportunities.

4) You have been a professor and taught in a renowned college. What are the changes that should be brought about in India’s pedagogical structure if there has to be a deeper understanding of social exclusion among students and future scholars?

The most important aspect to bring about pedagogical change is incorporation of an alternative discourse mainly by marginalised communities. For the longest time, literature produced by marginalised communities had limited space or none in the pedagogical structure. Pedagogical space should be viewed in a diversity and inclusionary approach which will allow the inclusion of narratives that could bring about social and political transformation.

One of the major drawbacks in education institutions is lack of orientation provided to students with regards to caste, gender and social exclusion. The orientation mostly fails to go beyond attendance, dress code and other basic rules in institutions. The other drawback is also lack of orientation to the faculties. While I was a student as well as a teacher, I have witnessed faculties being ignorant or insensitive about issues particularly related to reservation, prevention of atrocities act, sexual harassment or gender related topics. Lack of orientation or understanding among faculties can adversely affect the thought process and academic growth of students. In addition, the space to discuss progressive subjects like the anti-caste movement, marginalised communities, Ambedkarite philosophy or feminism is limited or not encouraged. These topics are mostly seen as controversial topics and are discouraged by several institutions. The most important issue is lack of safe space for faculties who initiate progressive discussions and critical analysis in academics. Often faculties who adhere to liberal and progressive ideologies are subjected to threats or hostility by students who differ with liberal aspects. Lack of support system to such faculties shrinks the space for a liberal discussion. It is extremely important to focus on aspects like liberty, equality and freedom. There is a lack of legal mechanisms in educational institutions to address discrimination based on caste and gender. Even in the presence of these mechanisms, there is lack of understanding on these issues.