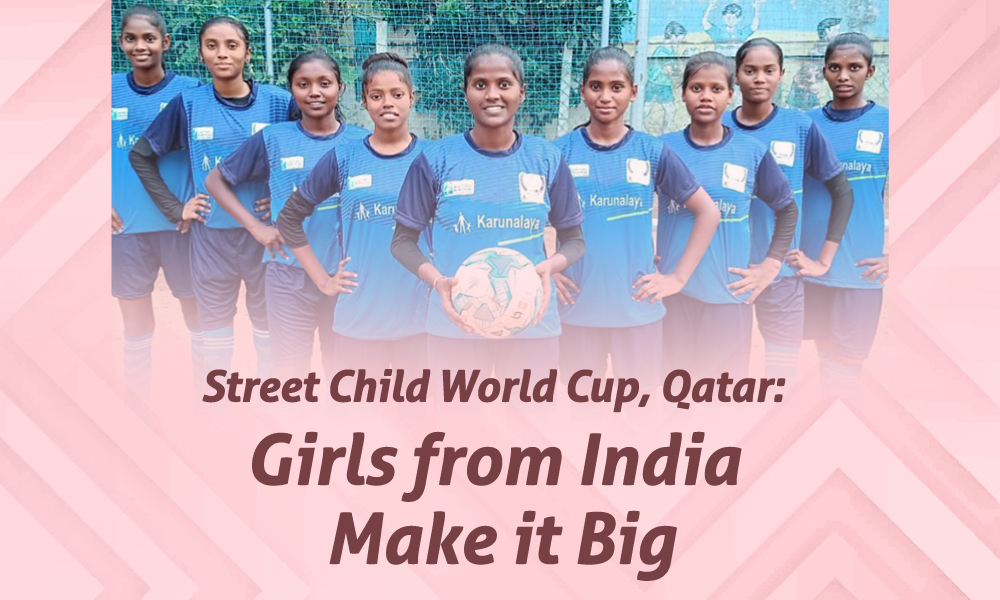 Category : SUCCESS STORIES
Author : Aura Staff
The fourth edition of the Street Child World Cup (SCWC), hosted
in partnership with Qatar Foundation, took place in October 2022. Organized by Street Child United, a UK-based non-profit organisation, as a precursor to the FIFA World Cup, was a way to highlight the difficulties faced by millions of street children across the globe.

The SCWC brought together street children from 24 countries who have suffered the worst of circumstances in their lives but are now representing India at the global level.

The Indian team is made up of girls like the defender Sandhya, who used to sleep on the streets of Chennai and sell vegetables with her mother and Priya, who has never met her parents but is now mingling with children from across the globe to achieve her dreams.