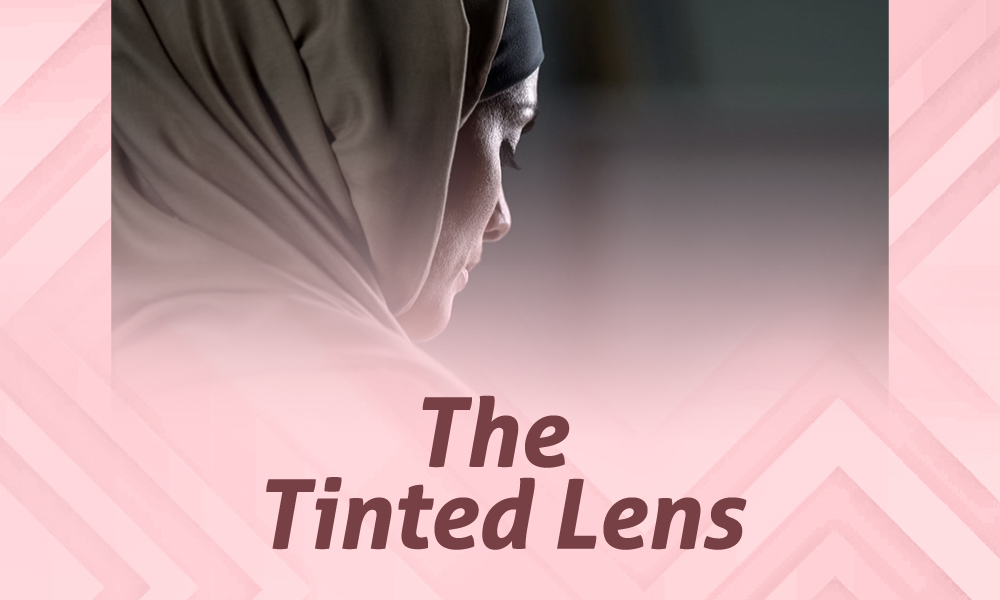 Her hijab is red, her words are stained, her apparition is blurred!

She was muted, they spoke her
She was chained, they presented her
She was killed, they lived her

Alas, All that left was, the unspoken tales and outlived cries!