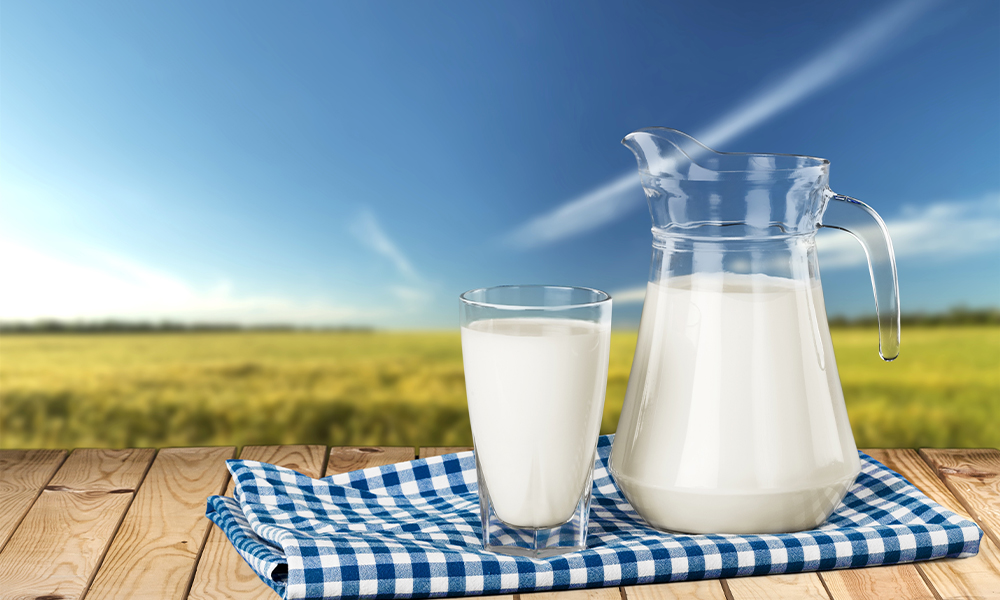 Category : Health
Author : Firasha Shaikh
This #WorldMilkDay, let’s look at some of the issues plaguing India’s dairy industry and discuss how low rates of breastfeeding have adverse consequences for children’s health.

This #WorldMilkDay, let’s look at some of the issues plaguing India’s dairy industry and discuss how low rates of breastfeeding have adverse consequences for children’s health.

Once a milk-deficient nation, India is now the largest milk producer in the world, contributing 23 per cent of the global milk production. With 70 million Indian farmers dependent on the dairy sector as a means of livelihood and accounting for nearly one-third of rural household income in the country, its economic significance cannot be underestimated.

This success is owed to the landmark Operation Flood – the world’s largest dairy development programme launched by the government of India to boost the industry’s infrastructural capacities and productive output. Since then, the government of India has launched several schemes to achieve these aims, such as Pradhan Mantri Kisan Sampada Yojana, Dairy Processing and Infrastructure Development Fund, National Programme for Dairy Development and more. According to some, the private sector is responsible for the exponential growth in the industry in the past two decades. While the industry has seen a regular upward growth rate (6.2 per cent, reaching 209.96 mn tonnes in 2020-21), several problems persist.


Apart from milk production, dairy cooperatives like AMUL have played a revolutionary role in milk distribution as well. Dairy cooperatives are responsible for a major share in the marketing of processed milk in India. This has facilitated not just economic benefits by providing livelihoods but also helped nutrition levels of people, especially children.

However, cooperatives account only for less than half of the distribution of milk surplus; the major part of the surplus milk distribution is done by the unorganized sector. (Economic Survey 2018-19). During the Covid-19 pandemic, due to lockdowns, there was a consumer shift towards private milk distributors against milk vendors. Members of the unorganized sector thus faced severe economic setbacks.

The issue of breastfeeding


Data shows that less than 50% of infants in India are breastfed within an hour of birth, whereas the rate of EBF (exclusive breastfeeding) in the first six months stood at 55%. While this is a marked improvement from past years, it is still less than optimum.
Low rates of breastfeeding in infants result in higher risks of early child mortality, weaker immune systems and other preventable illnesses. Not only infants, this negatively impacts mothers as well. A UNICEF-WHO report indicated that cancer and Type II diabetes in women could be linked to inadequate breastfeeding.

Low rates of breastfeeding in infants have consequences not just for the public health of women and children but also for economic costs.

According to one report, less investment in breastfeeding in developing countries resulted in an annual economic loss of up to $14 billion due to child deaths, healthcare system costs, increased household expenditures on baby food formulas (breast milk substitutes), etc.

Maternity leaves in India are for six months which is the stipulated period for EBF. However, this facility is available only to 10% of working women in India; meaning the majority of working women who fall under low-income jobs and unorganized sector employees, can’t benefit from this provision. Most women are forced to cut the weaning period short due to financial compulsions. Therefore the breastfeeding rates remain less than desirable.

These statistics compel us to examine closely the effects of an increasingly capitalist work culture upon public health, especially for the upcoming next generation.

Experts suggest that the coverage under maternity leave should be expanded to include more working women and the time of maternity leave itself should also be increased up to nine months or a year, to not just increase breastfeeding rates but the overrall physical and cognitive development of children. As far as private companies are concerned, the cost of maternity leaves should be borne not just by employers but partly by the government as well. At a social level, families should create support systems for lactating mothers and extend kindness and cooperation.
Conclusion
Dairy production and consumption should be made sustainable and the economic systems should be made women and child-friendly; in a way that conserves the environment as well as fulfils the demands of public health. Governments and corporations both have a great responsibility in this regard.