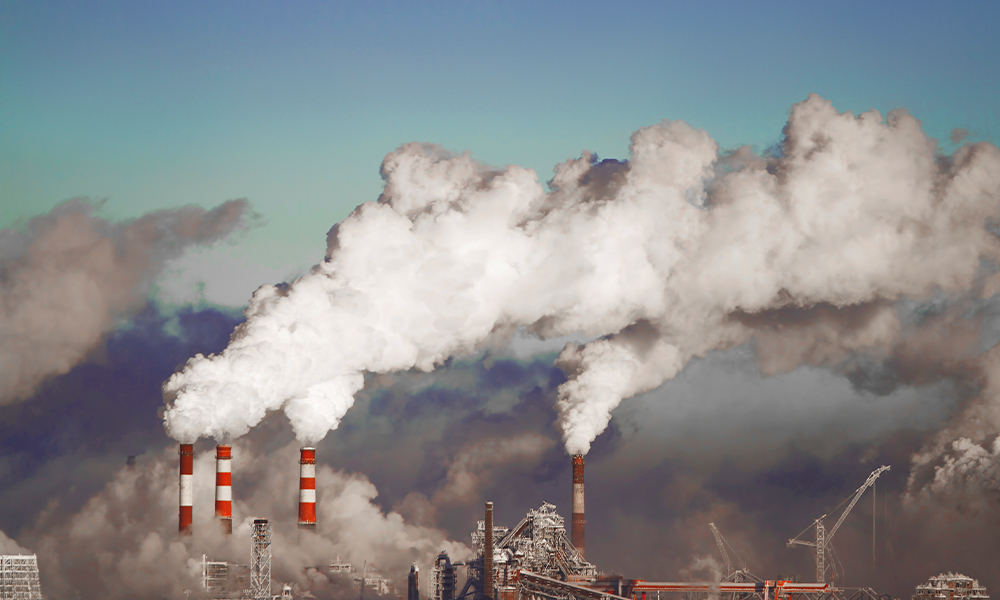 Category : COVER STORY
Author : Abdul Suhaib Quddus
“The jury has reached a verdict – and it is damning. This report of the IPCC is a litany of broken climate promises. It is a file of shame, cataloguing the empty pledges that put us firmly on track towards an unlivable world”,

“The jury has reached a verdict – and it is damning. This report of the IPCC is a litany of broken climate promises. It is a file of shame, cataloguing the empty pledges that put us firmly on track towards an unlivable world”, this is what UN Secretary-General António Guterres had to say about the Intergovernmental Panel on Climate Change’s (IPCC) Six Assessment Report published this year. The report paints a very grim picture of the current situation of our planet and where we are headed.

It states that since 2008, devastating floods and storms have forced more than 20 million (2 crore) people from their homes each year. It estimates that in the next decade alone, climate change will drive 32 to 132 million more people into extreme poverty. It also states that right now, 3.3 billion to 3.6 billion people live in countries highly vulnerable to climate impacts, with global hotspots concentrated in Small Island Developing States, the Arctic, South Asia, Central and South America, and much of sub-Saharan Africa .

The story of India isn’t any different. It is one of those countries which is going to be affected most by climate change. Climate change will put nearly 23% more Indians at risk of hunger by 2030 due to a fall in agricultural production and disruption in food supply chains, according to a study released by the International Food Policy Research Institute. It is predicted that the average temperature across India will rise in the range of 2.4 degrees Celsius to 4.4 degrees Celsius by 2100 and heat waves during the summer season are projected to triple by that year . The IPCC report has also warned that India will be seriously harmed if greenhouse gas emissions are not cut; it described India as potentially the most “economically harmed” because of extreme weather events. The current heat wave is also part of that change, climate experts say ; and what is unfolding in Assam is heart-wrenching.

Yet people seem to go on with their lives just fine. Chasing those same dreams, mimicking those same models, adapting to those same frameworks which have led us straight into this abyss of destruction. Is it something to do with the numbers, or the statistics, or the technical jargon in which the facts are presented, or is it that the reports are too overwhelming, just numbing our minds with too many predictions and graphs, ifs and buts? Or is that our hearts have gone cold, that we think we are on the other side of the numbers, the fortunate side? Why do we fail to imagine that those 20 million people who are losing their homes each year have 20 million names and have 20 million stories, 20 million dreams and that those 132 million people who are being pushed into extreme poverty want to feed themselves, many have families, have kids who have every right to be fed, to be clothed, to be comforted. They inhabit dark nights under the open skies as their homes have been washed away by floods or burnt by wildfires. Is it the abstractness of stories being told or the inability to humanize the discourse around environmental catastrophe or the loss of the human soul itself?

It is true when Amitav Ghosh says in his book “The Great Derangement” that the failure to bring humanness to the narrative of the climate crisis will be the failure of the broader imaginative and cultural failure that lies at the heart of the climate crisis. Even the movie “Don’t Look Up” perfectly showcases the frustration of the scientists as they try to wake the world up to an impending catastrophe while the people look unconcerned. But there is something more to it, something fundamentally wrong with the way we have imagined our new world.

I would like to call it “the crisis of modernity”; environmental degradation is one of the greatest manifestations of the crisis of modernity. These materialistic and mechanistic worldviews are deeply connected with the present ecological crisis. There have also been few voices who have been talking about it, about the need to look beyond the prism of climate science or as something which could be solved by technological interventions and individual change, oblivious of the fact that this is a structural problem and cannot be understood without looking into its philosophical underpinnings.

One such voice is Seyyed Hossein Nasr; to him, this ecological crisis is a moral and ethical crisis. In his book “Man and Nature” he talks about how this crisis started unfolding with the changing world-views from spirituality to secularity; and from the renaissance, the secular and scientific world-view of nature, of nature being stripped off from its sacredness and being treated like a machine to be exploited for the earthly benefit only. He believes that the single greatest attack on nature by Modern Man has been the idea of desacralization of nature, reducing it to something which is inert, devoid of intrinsic meaning, removing it from the cosmos.

Amitav Ghosh in his book The Nutmeg’s Curse expounds on this very idea of sacredness and the process of desacralization. He quotes a Native American thinker, Vine Deloria Jr who says that “a shared feature of indigenous North American spiritual traditions is that they all have a sacred centre at a particular place, be it a river, mountain, a plateau, valley, or other natural feature… regardless of what subsequently happens to the people, the secret lands remain as permanent fixtures in their cultural or religious understanding.” This is exactly what modernity is trying to negate or suppress. He says, “over centuries of suppression, these non-mechanistic and vitalist modes of thought were pushed to the margins of Western cultures; and out of these processes of subduing and muting was born the idea of nature as an inert entity, a conception that would in time become a basic tenet of what might be called “official modernity”. Ghosh very interestingly points to the way modernity or the modern gaze looks at nature, as a subject of science and commerce, devaluing the intrinsic meaning it holds. He says this was a radically new way of envisioning the Earth, as a vast machine made of inert particles in ceaseless motion. He states that in the modern era, it is often assumed that humanity is freed from the Earth; the myth-making of modernity, that humans are triumphantly free of material dependence on the planet.

We also need to talk about the impossibility of unending physical and economic growth on a finite planet. As Ramachandra Guha in his book Environmentalism: A Global History says, if India and China ape the West, in an attempt to create a mass consumerist society and how Gandhi had warned against it stating: It would strip the world bare like locusts. As Ben Ehrenreich observes in his book Desert Notebooks: a roadmap for the end of time “only once we imagined the world as dead could we dedicate ourselves to making it so”; this idea of the Earth as dead, as inert, as something which lacks intrinsic value, as something which is devoid of meaning needs to be questioned and we need to start looking at the Earth as something which is alive, which is sacred, having divinity, which could evoke morality, which could connect us to God, which could guide us, and sometimes, humble us. Only then can we begin to comprehend what we have lost, understand the violence we have unleashed, and redraw our boundaries.