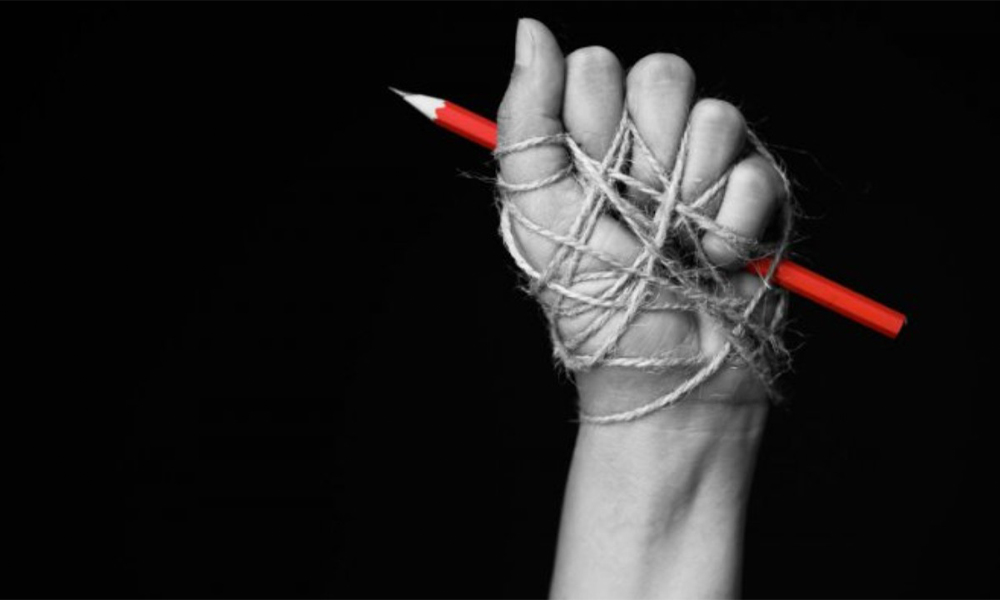 Category : MEDIA WATCH
Author : Aura Staff
Press Freedom Index: With the release of the latest Press Freedom Index, the usual dance over the validity of data metrics has begun in the mainstream press sympathetic to the ruling dispensation. Similar to how inflation, COVID and maternal mortality data – any international data that shows India’s current downfall – was questioned, the recent press freedom data also has been interrogated by some portals and outlets. India’s steady fall to the 150th rank asks questions of how free and fair Indian journalism as a whole is, and whether there is a direct correlation between the current government’s failures in many aspects of socio-economic growth and stability and its muzzling of honest and open voices. Honest journalism as a whole, across the world, is under attack. The recent killing of Palestinian Al-Jazeera journalist, Shireen Abu Akhleh at the hands of the occupational Israeli regime sent shockwaves not just in Palestinian circles but around the world. The brute execution of a hard-working and celebrated woman journalist who belonged to the land where she was killed marks another dire, sombre note in how regimes across the world deal with uncomfortable truths.
Economic Downturn and its Effects on Women: Recent news of how 90 lakh subscribers did not even apply for the first refill of their domestic LPG cylinders under the Ujjwala scheme points to a deeper rot in India’s economic downturn, one that has particularly affected poor women in both rural and urban set-ups. When oil prices shot up, it was the domestic consumer who felt the heat instantly. Women, already forced into vulnerable jobs and insecurity are pushed by the current situation to find even more low-paying jobs, irrespective of the working conditions – as seen in the recent Mundka fire, where most of the dead victims were underpaid and exploited working-class women who make up the backbone of the informal economy. But mainstream media has very little interest in such concrete issues, preferring instead to highlight either sensationalized non-news or to further fan the flames of communal hatred.

Media Ownership: With news of the Adani group buying a major chunk of Quintillion Media, there is buzz about free media, yet again. With traditional newspapers becoming dependent on government advertisements and consequently being controlled, alternative media was supposed to be the bulwark against such censorship. But it appears that the ‘alternative’ too is drifting towards the mainstream. Post-COVID, most private advertisement has dried up. Major news houses formerly known for their fearless reporting are now mincing their words when it comes to the current dispensation and its policies. With Elon Musk playing will-he won’t-he buy Twitter, there are fears of how the social media platform will be reshaped and whether trolls will be allowed to roam free in the name of freedom of speech yet again. All in all, troubling times for media.