October 2022
When the buried baby girl is asked… 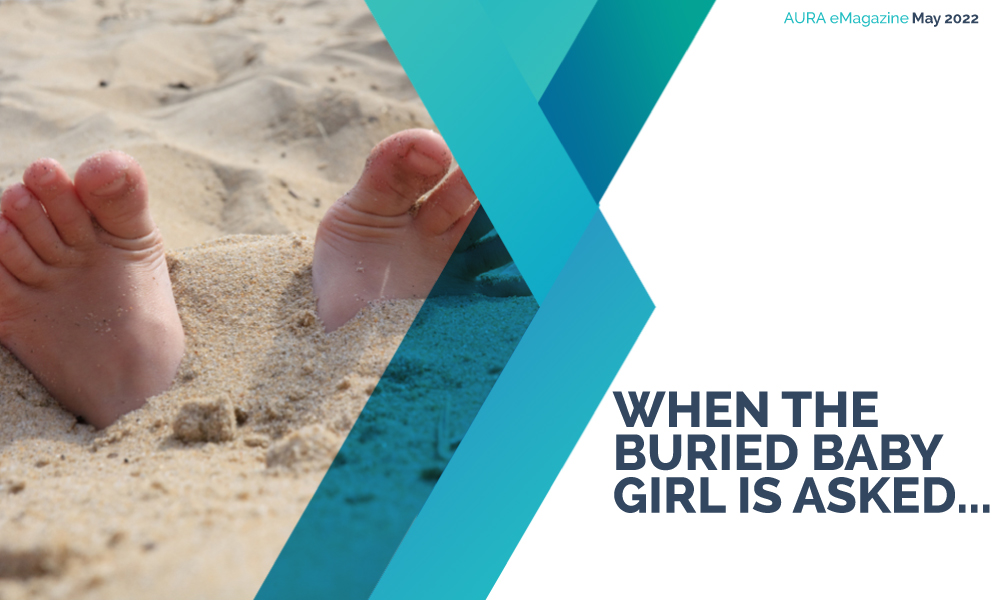 A human heart looks like a piece of flesh but when it is hardened it will become harder than a rock. Springs can break out from a rock, but we cannot expect even a small portion of mercy from a hardened heart.

A human heart looks like a piece of flesh but when it is hardened it will become harder than a rock. Springs can break out from a rock, but we cannot expect even a small portion of mercy from a hardened heart.

People kill babies either before or after their birth and argue that it’s their right and neither the religion nor the society has the right to interfere in these personal matters; couples are said to have the choice whether they should beget a child or not.

Governments have been enacting laws to prevent population explosion as well as to ensure poverty eradication and social development. Hospitals hand out gifts to couples who cooperate with them in birth control programs.

When we go through the recent data on population demographics, we can see an appalling disparity in the ratio of men and women, and this disparity can lead to a social catastrophe.

Abortion in general and killing of baby girls (female foeticide and infanticide) in particular are serious issues.

In Chapter 17 Verse 31 Qur’an says:
“Do not kill your children for fear of poverty. We will provide sustenance for them as well as for you. Surely killing them is a great sin.”

This is an order from God, the Creator of human beings and universe, to individuals and societies. Criminal actions such as abortion and foeticide are committed neglecting the fact that humans are God’s dependents and slaves.

The Qur’an reminds us time and again that we’ll undoubtedly face trials in the Hereafter for our actions in this world. In Chapter 17 Verse 36 it says:
“Verily the hearing, the sight, the heart – each of these shall be called to account.”

We have to understand that we will face questions in the Hereafter for our actions such as abortion and foeticide which we commit quite often without any serious thinking. People commit such sins without understanding their seriousness.

“When the girl-child buried alive shall be asked: for what offence was she killed?”

People who commit ordinary crimes are tried while looking at their faces. According to the Qur’an and Ahadith, God will not speak to or look at offenders who have committed serious crimes during judgment in the Hereafter.

Abortion and foeticide are considered serious crimes and God will ask such offenders to stand aside while showing sympathy toward the victims.
When police prepare FIRs we can see a long list of the accused depending on their roles in the crime. The children will then realize how cruel their parents were.

Islam being a natural religion allows abortion in emergency when the mother and child encounter serious health issues.

On the other hand there are people who demand enactment of laws to legalize abortion and foeticide.

Together we can pray to God the Almighty that He may lead all of us in the right direction. We hope that people will keep away from such serious crimes which can bring calamity on humanity in this world and the Hereafter.