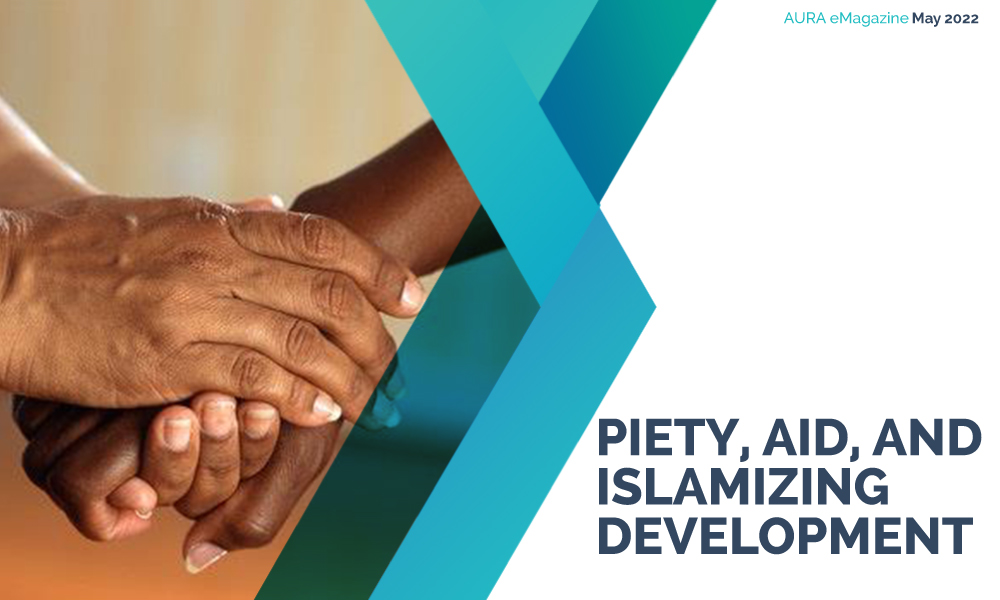 Righteousness does not consist in turning your faces towards the east or towards the west; true righteousness consists in believing in Allah and the Last Day, the angels, the Book and the Prophets, and in giving away one’s property in love of Him to one’s kinsmen, the orphans, the poor and the wayfarer, and to those who ask for help, and in freeing the necks of slaves, and in establishing Prayer and dispensing the Zakah. True righteousness is attained by those who are faithful to their promise once they have made it and by those who remain steadfast in adversity and affliction and at the time of battle (between Truth and falsehood). Such are the truthful ones; such are the God-fearing. (2:177)

In Islam, there is a close relation between one’s faith and action. One of the virtues is Birr, often translated as righteousness as well as social justice and love, as enjoined in the verse above. Therefore, faith in Islam demands one to undertake actions towards it. As such, one of the basic tenets is Zakat. While Zakat, translated as almsgiving tax, is obligatory at a fixed rate, Islam also enjoins Sadaqah (charity), which is a voluntary deed encouraged to be given with goodwill, preferably privately and has no fixed form or amount. While both Zakat and Sadaqah could be categorised as charity, their nuances are observable in Muslims’ philanthropic endeavours globally. Over time, forms of Muslim philanthropy such as Sadaqah evolved throughout Islamic history, leading to the establishment of Awqaf which are endowments or foundations, to sponsor social welfare.

For most of history, actions of charity mainly focused on addressing local deficits, of kith and kin, of neighbourhoods and community. However, the speedy pace of last century’s globalization, in addition to increasing poverty in many developing countries during the 1960s, 70s and 80s, the financial crises of 90s, all of which caused global state powers to redirect their discourse onto the issue of economic development through poverty eradication, thereby contributing to a rise in transnational transfer of aid. In development agendas and within the global humanitarian sector, the term ‘aid’ came to signify any form of support lent to Third World countries. Motivations driving this sector lie on a spectrum of ensuring national interests of donors to addressing humanitarian needs of recipients. Quite an evident imperative in these sectors has been that of maintaining secular principles. Interestingly, Muslim humanitarian interventions are shaped by faith in a sector where the presence of religion continues to be a hotly contested matter. Although the growing presence of international Muslim aid agencies and NGOs has ensured greater visibility and legitimacy, it nevertheless continues to elicit enquiry and investigation into the role of faith in development interventions.

A worthy mention in the rise of Muslim aid globally is the rise of interest-free finance and banking sector worldwide. In a world driven by economic rationalism and secular humanism, Riba-free finance being institutionalised into the Islamic banking & finance (IB&F) industry emerged as an alternative faith-based economic initiative, in addition to the Zakat-induced financial aid coming from affluent Muslim countries. In that regard, faith-based aid and charity existing within the modalities of capitalism and neoliberalism today has invited scrutiny into how they are operationalized as development projects.

While scholars often consider Islamic projects as alternatives to a Western aid-dominated development,

Mona Atia, in her book, Building a House in Heaven: Pious Neoliberalism and Islamic Charity in Egypt, draws out their shared connection that is built on successfully merging capitalist and religious sensibilities, which she calls, “pious neoliberalism.”


Based on her ethnography of charity in contemporary Egyptian society, she coined the term to connote the simultaneous transformation and dilution of religious practices to accommodate marketization and economic growth, without regard for social equity. Moreover, Atia calls for faith-based aid to be examined not merely as an economic act but also as being linked to state governance, authority, and polity that are inextricably tied to questions of identity, subjectivity, and ways of knowing. An interesting instance that exemplifies this is offered in Salwa Tareen’s PhD dissertation on the construction of Pakistan’s Diamer-Bhasha Dam. Tareen explores discourses of nationalism, faith and development that shaped the crowdfunding of the state’s Naya Pakistan campaign.

Basit Iqbal, on the other hand, argues against approaching Islamic humanitarian aid globally from a solely secularist interpretative lens, as it fails to capture the economic theology underpinning charity in Islam. Presenting an Islamic reformist organization’s operations in Jordan, Iqbal highlights how activists locate their charity within an ‘economy of tribulation’ – a theological matrix of divine transactions, wherein all worldly occasions, good and bad, appear as trials. In this economy, the divine currency used is beyond human comprehension, as its units are not stable in scale. For instance, Allah speaks to us of Laylatul Qadr, a night that is better than a thousand months, or that of multiplying one’s Sadaqah by 700-fold, in Qur’an 2:261. So, a Muslim’s motivations for doing good with their resources (which is understood here as both a trial and a blessing) could stem from gaining such incalculable rewards in the Hereafter but at the same time, also from their commitment to a useful cause in this world, an ethic shared with secular humanitarianism. Therefore, Iqbal argues that such intertwining of the calculable and incalculable aspects of Islamic charity prove that it cannot be reduced to being analysed as ‘neoliberal piety’. In fact, overlapping discourses of secular and Islamic humanitarianism highlight global asymmetries of power at sites of need.

On a similar vein, Amira Mittermaier, in her work, Giving to God: Islamic Charity in Revolutionary Times, engages with the claim that everyday life and social spheres are consumed by neoliberalism’s realm of cost-benefit analysis. Her ethnography in post-revolutionary Egypt showcased two distinct economic theologies: an economy of thawab, in which a believer’s place in paradise is secured by accumulating rewards through their charitable deeds; and an economy of baraka, which resists calculation of rewards but rather highlights abundance and generosity. Mittermaier traces the coexistence of these two divine economies to show that, although Islamic charity is affected by a neoliberal calculative ethos, it also moves beyond it to offer an alternative to how compassion and care is understood differently in Muslim spaces. Such sites of action display the overlapping of a myriad of operative and abstract theological discourses, which constitute the whole of Islamic aid practices.

The relevance of these discussions of piety and aid help in mapping out practical theologies or as Abbas Barzegar calls the ‘living fiqh’ of Islamic humanitarianism, which can then be explored for their potential application in development setbacks as well as in contemporary crises such as migration, statelessness, and citizens’ rights, among others. An understudied area, Muslim humanitarianism and its drivers function quite successfully in both local and transnational contexts. While concerns of neoliberalization in aid practices need scrutiny, especially those targeting economic development, Barzegar’s call for a coherent integration of social sciences and Islamic normative ethics is useful shaping emergent environments that prioritize unconditional regard for beneficiaries’ welfare by incorporating Islamic ethics within that of non-secular humanism in the development sector.