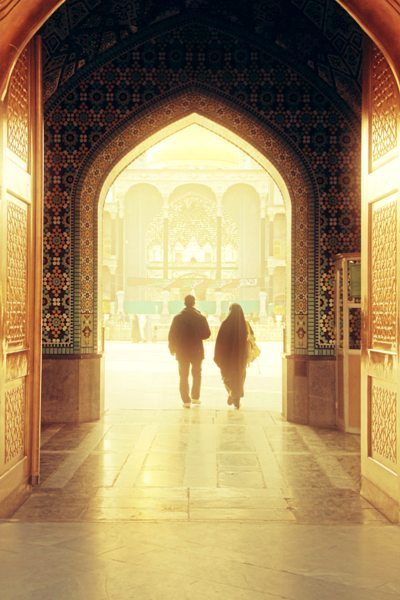 Man and woman are creations of Almighty Allah. They have different biological structures and different duties that nature has assigned them. The Prophet (PBUH) treated the women of his time with dignity and respect that the society had so far denied them, in accordance with the injunctions of Allah SWT. Equality and equity are different terms, and women have equity with men.

In the history of Islam, we come across many prominent learned women during the time of Prophet (PBUH) and the century that followed. The Prophet (PBUH) created an opportunity for women to develop their talents, which was utilized to organize a good family system as well as build a moral society.

Allah SWT put emancipation of women in practice before anyone else, through his Prophet (PBUH). All over the world, women were like slaves and had no rights of their own. They had no property rights or right of inheritance. They were exploited in all means. They were commodities handed over from one man to another. With Islam, such practices were forbidden.

One of the greatest achievements of the Prophet (PBUH) in social issues was the implementation of laws regarding women and children. Women were put equal in status with men in all matters where natural law permits. In matrimonial dealings and matters of inheritance, women are benefitted and treated justly, a practice which was remarkable for its time and even the times to come. We see even today in India, for example, that inheritance and matrimonial rights are not in favour of women, and many women are not even aware that they can exercise rights.

Similarly, in many ahadith, the Prophet (PBUH) taught that ‘love’ and ‘affection’ is the basis of a good family system and insisted that people ought to express feelings of love between one another, especially between husband and wife. The Prophet (PBUH) taught them the lessons and rules embodied in Holy Quran regarding husband-wife relations and duties of the husband towards his wife.

He reminded the believers ‘not to behave harshly towards women, and even warned against troubling them in any manner. He admonished his men and warned against killing women and children’ (Abu Dawud). Once he happened to see a gathering in the battle field and enquired the reason. Someone told him that a woman was killed. He warned Khalid bin Waleed (RA), the leader of the regiment, against killing women. He prohibited killing innocent women and children. He ordered his companions and followers to undertake the responsibility of women left as orphans and widows after the wars. Those destitute women became wives of men who followed him in the matter. We know most of Prophet PBUH’s marriages were made in such situations.

He treated women with the natural respect they deserve. The Messenger (PBUH) took great care in safeguarding elderly women.

At the time of the Prophet PBUH, women were not restricted from doing work unless it had a negative moral or societal impact, or affected their own lives negatively. Women worked in the fields and engaged themselves in agricultural work. Purdah as a dress code (veil) is not a hindrance for women, but instead allowed them to step out of the home freely and with dignity. Women also accompanied the Prophet in his military campaigns, such as Nusaybah bint Ka’ab.

During prayer, he used to shorten the length of any surah recited if any inconvenience is observed from the women’s section. He reminded women of their major role in the family and society. However, a woman is not restricted from participating in public activities when necessary.

The Qu’ran also put an end to female infanticide, emphasised education irrespective of gender, gave women the “right not to work” or spend on the family, and ensured mahr would be given in the nikah. Women discussed all matters concerning their life with the Prophet and he answered their queries like a physician or a teacher. Women attended study classes conducted by the Prophet and attended the prayers behind men in his mosque.

Women were allowed to speak openly without fear and express their opinion in any matter. Women came to the Prophet (PBUH) and cleared their doubts, whether about fiqh (jurisprudence) or their family troubles, which he resolved. During the time of the Prophet, Women were free to do any job within the limit of Islamic principles. Women worked as teachers, agriculturists and business women. The Prophet’s first wife, Khadija, was a great business lady. Women also engaged in Islamic propaganda and took part in battles along with men.

Umm Sharik Dawassiyyiah was engaged in propagating Islamic ideologies and theology. Ghuziyyah also engaged in spreading Islamic philosophy.  Hazrat Ayesha is well-known for her dissemination of hadith and was a source of great knowledge in the community. Some of them are Umm Sulaym, Umm Atiyyah, Safiya, Umm Kulthum, Khansa, Umm Haran and Umm Umariyyah.  Umm Atiyyah took part in seven battles with the Prophet and Umm Umariyyah took part in the battles of Uhd, Hudaibiyyah, Khyber, Hunain and Yamamah.  She also served as the bodyguard of the Prophet. Women generally served in the battlefield as nurses and gave assistance to soldiers in supplying water and food materials. The female companions of the Prophet were also engaged in many other forms of meaningful societal engagement, and formed the bedrock of Islamic society at that time. Education, healthcare, knowledge-seeking and dissemination – all these were fields in which the greatest women in Islamic history excelled.