May 2021
Motherhood and Technology 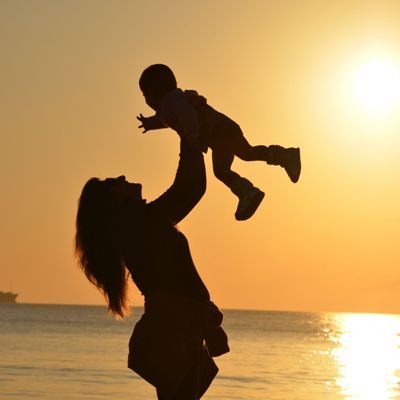 Motherhood is far beyond the concept of conceiving, carrying, birthing and feeding. Mere verbs can never justify this endless exhausting, yet immensely purposeful journey – it is an extraordinary art engrained within every woman out there. Some find it easy; few others find it equally draining and for many others there is starting trouble – once they tune it, mothers accomplish it all. Their capacity is limitless, but often underestimated and not fully engaged. Technology is one such thing which has made the bumpy ride of motherhood a little easier at times.

Social media platforms are commonly used by mothers to communicate with their family members or like-minded mommies. These sites provide answers to the ever-sprouting questions of motherhood. Within parenting practices, technology has aided in information exchange, support for various problems and in sharing one’s anxieties. Motherhood is enormous: there is a lot on the plate to deal with at a given time and most mothers are often left alone to manage it all. During the rush hours, one may not feel the strain, but in some moments of quietude, breakdowns happen. With the interminable list of terms and tasks, motherhood can lose its spark and motive.

Appreciation and communication are crucial at this stage, and technology has triumphed in this sphere. It has facilitated mothers to connect to other mothers from around the world, from their comfort zone while simultaneously managing their house. Facebook pages, tweets, Instagram memes or WhatsApp groups – there are many options to choose from today.

Mothers are turning into entrepreneurs, becoming financially independent or simply fulfilling their dream career; all of this within a few clicks. Gone are the days when there was a need to step out for everything – the pandemic has again proved the reach of technology; within a short time span it showed the reach of this innovation. This resource has altered motherhood on all levels.

Eagerness to learn, willingness to change

Mothers can continue their intellectual development and aspirations without hindrance now. They can steal the odd moment, here and there, to sit down with a good read or ponder, thus broadening their horizons with intellectual knowledge and abilities. Online courses are widespread, it is only willpower that is needed. They can follow in the footsteps of the women companions of Prophet Muhammad (pbuh), who were skilled in various fields. They always had a curious mind and were eager to learn. With few options and opportunities in a society which did not treat them with justice until the Prophet (pbuh) came along, they nevertheless did not let their household duties and responsibilities of motherhood prevent them from nourishing their mind and soul.

Mothers have no reason to stay outdated now; their opinions and experiences can impact society. Accessible tech has helped many mothers to voice their thoughts, stand against injustice and support other women. They are no more silent spectators, but instead, productive leaders in their own areas.

However, one cannot disregard the fact that the percentage of women utilizing this accessible opportunity is low. The average woman does not have a strong presence in this great asset. Let alone the less fortunate ones who were allowed education only till a certain threshold, even many career-driven working are still not competent with the prospects of technology.

Experts say that women are more skilled in the ethical and emotive aspects than male counterparts. Women-led interventions, particularly through tech, will be important in addressing and sorting out conflicts, shrinking the digital divide, and addressing even intra-community and intra-family conflicts that often emerge from generation gaps and lack of communication.

Still, the gap between parents and the younger generation is vast. Showing a growing gap between the parental perception and actual reality regarding online activities of Indian teens, 65% of the polled teens in a recent survey believed that their parents know some of what they do online but not all of it. As many as 55% of the polled teens do not tell their parents about their online activities. And be mindful, when anything exceeds answerability at a critical age of adrenaline and hormones, distractions and deviations are set to happen.

In typical Indian homes, technology has led to over-exposure and is shaped by almost no censorship. This is a serious concern for mothers who find that their offspring engage with technology in fruitful ways but are nevertheless aware of the possible dangers.

While on one side it can transform, revitalize and spark a resourceful life for mothers and their families, it can turn the table around if key factors are neglected. Everything has two sides: the outcome depends on what is chosen, and how balanced the consumption is. The world today is exploding with new technology each day and the younger generation will be exposed to it, no matter what. One cannot function without television, mobile or a computer, yet, the effects must be examined. The concept of giving children freedom to grow, explore and mature while at the same time setting limits and lines often gets blurry with either side failing to keep up their promises.

As a mother, one needs to handle the slope in the most positive way – the foremost step being educating the self on latest technology, getting involved in social pages, staying updated on the new trends and always keeping an open eye for pitfalls. Another crucial aspect is ‘communication’ – mothers need to talk to their kids. There is a lot happening around – burdened under too many chores, financial sheets and familial ties and talks, teenagers end-up side-lined and inclined to their peers than to their actual well-wishers.

Above all, a mother needs to be a role-model. Instead of strictly imposing rules without explaining the reasoning, expose the family to good role models and make yourself an ideal example for them. Motherhood is hard, time- and energy-consuming, yet equally thrilling and beautiful. The efforts of a mother are immeasurable; hence she is rewarded in triple contrast to the father. Technology is a tool, and it can have only as much power to dictate as much as it is allowed to. It can be a cure or poison, and a mother must be aware of the exact dosage.

While on one side it can transform, revitalize and spark a resourceful life for mothers and their families, it can turn the table around if key factors are neglected. Everything has two sides: the outcome depends on what is chosen, and how balanced the consumption is. The world today is exploding with new technology each day and the younger generation will be exposed to it, no matter what. One cannot function without television, mobile or a computer, yet, the effects must be examined. The concept of giving children freedom to grow, explore and mature while at the same time setting limits and lines often gets blurry with either side failing to keep up their promises.