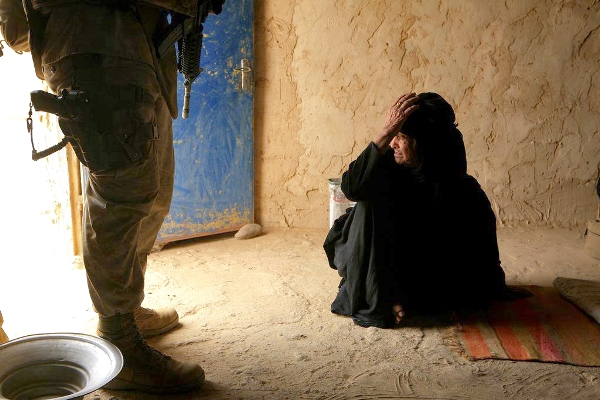 Several countries in the world are witnessing an unending menace of wars. The misery is so much that the people in these countries are forced to wake up to the sounds of loud explosions every day, walls of their houses shaking at any time in the day, burning smell that pollutes fresh air, fear of death shattering the peace of mind and their eyes longing to see the beautiful blue skies hidden behind a layer of smoke. Thus, a whole generation has grown up knowing only wars. Bullets and bombs are the only ‘normal’ they have known.

The War on Terror

In recent history, Afghanistan has become a victim of the war-mongering powerful nations. The US invasion of Afghanistan in 2011 post 9/11 has inflicted unending misery and turmoil in their land. Although the US and its allied forces announced the end of their combat in 2014, nothing appears to have ended on the ground. Plans for their exit from the region are repeatedly put off. This seems to be the longest war in the American history. When Donald Trump became the president he vowed to have a complete withdrawal. However, he did not comply and Afghanistan is waiting for his successor President Biden to pull out from the region. It appears that the wait shall continue.

It can be recalled that before the US attacked Afghanistan, it was still recovering from the terrible atrocities inflicted on them by the Soviet Union during and post-Cold War. Later when the 2001 US-led military intervention promised a free and peaceful Afghanistan and brought down the Taliban regime, they did not keep up the promise. The Afghan people are yet to see any peace and stability in their land. This is because the United States and its allies had no intention to establish peace and have largely relied on local warlords to provide security and governance.  This in turn led to more corruption and lawlessness in the nation. Now, Afghans are in a maze of endless battles between insurgent groups, powerful warlords, American forces, the government forces, NATO forces, and drug mafias. Every US president who came to power after that spoke about peace and security of Afghanistan but none of them acted upon it. They continue to bomb the Afghan civilian areas. Afghan has lost about a hundred thousand civilians so far.

It is more than half a century that the world is a spectator to the disastrous war situation in the land of Palestine.  The Palestinian people continue to suffer injustice and atrocities and are encountering countless hardships under the brutal occupation of Israel. The world is definitely aware of the human rights violation carried out by Israel on a daily basis and its merciless policies of illegal settlements and land confiscations, but the leaders do little to actively stop it. The lives of Palestinians are held hostage by Israel. Their movements are restricted, their access to clean water and electricity is denied, and they are dictated with the terms and conditions of moving around their land, visiting their relatives and even earning a living. Uprooting trees, destroying houses and assaulting children is their everyday practice. Thousands of Palestinians, including women and children, are illegally detained and tortured in prison by the cruel Israeli forces. The world seems to have turned blind to these ongoing assaults.

The miseries of Iraq

Iraq is another country that has seen two decades of endless wars, which don’t seem to be coming to an end in the near future. Post 9/11, in 2003, the US along with its allies invaded Iraq with the pretext of ending the WMD (weapons of mass destruction) program and the dictatorial regime of Saddam Hussein. Soon afterwards when the theory of Iraq’s WMD program proved to be illusory, the US administration decided to continue its presence there with an excuse of ensuring peace in the area and establishing democracy. The world believed these lies due to the deceptive propaganda of the invaders and caused many countries to support the invasion and occupation. Nonetheless, the motive of the invasion still remains a mystery  as  the WMD theory was a deception and the noble work of ‘bringing democracy’ did not happen. Tragically Iraq is still limping. It has faced millions of casualties, infrastructure of the country remains destroyed, the whole region is destabilized and thousands of coalition soldiers have lost their lives.

Arundhati Roy, the famous author and a global justice activist, while speaking on the eve of the 10th anniversary of the US invasion of Iraq had said: “Bush may be gone, but “psychosis” of US foreign policy prevails.”

The grief of Syria

March 2021 completes a decade-long war in Syria. More than six million people have fled across the borders to escape the bombs and bullets. Millions are displaced inside the country and are suffering from physical, mental and emotional stress. It all started in March 2011 when the government launched a violent crackdown on citizens who were demonstrating against the government’s failed policies, surging unemployment, continuous civil rights violation etc. Several demonstrators and their supporters were arrested by the government authorities. The arrests led to public outrage and demonstrations throughout Syria which were forcefully crushed by the security forces. They took to violence to suppress the uprising. It quickly turned into a civil war with external powers supporting the government’s violence and has since then left millions of people devastated.

Even after ten years from then, the humanitarian crisis in Syria knows no solution. Syrian Children are the most affected. Their rights are violated every day. They are being exposed to violence. They live in constant fear. About 40% of the refugees are Syrian children under 18 years. Most of them do not have access to education. The extreme winters in the North West region of Syria sees thousands of homeless people suffering during the coldest months of the year. Syria is likely to face many more years of instability. Economic crisis is soaring. All efforts of peace talks have failed. There is little hope that the current regime would change as the government has regained control over a large part of the country.

The conflict in Yemen

The conflict in Yemen is another tragedy of these times.  This nation has been pushed into the worst civil war for over seven years. The conflict that started due to the revolt of people against increasing oil prices and many other internal issues was worsened due to the intervention of neighbouring countries.  The United Nations calls the humanitarian crisis in Yemen ‘the worst in the world’. Yemen, the poorest country in the Arab world even before the conflict, suffers from famines every year and is now exposed to sudden outbreak of diseases, shortage of food, shortage of medicines etc. A UN report says that half of Yemen’s population will experience a food crisis by mid-2021. Due to the ongoing pandemic crisis in the world, the humanitarian aid that came to Yemen is reduced to half this year which will result in many more casualties. The conflict doesn’t seem to be ending due to the continuous interference of the neighbors and friction between the regional powers.

These are a few examples of the ongoing wars in the world. There are many more going on, continuously taking a toll of precious resources in the world.

Why have these wars
lasted so long?

Who is benefiting from these wars? The world needs to ponder over these questions. It is evident that only the weapon traders of the world are benefitted by these wars and they are the ones who do not want the conflicts to end. The citizens of these war mongering, power hungry, developed countries themselves appear oblivious to the fact that their lawmakers are creating havoc in the world.

War is the greatest problem that humanity is facing today. It destroys families and nations. It often hinders the social and economic development of nations.   Regardless of who starts them or who is right about it, wars always inflict unending sufferings on people. The devastation is the same everywhere. People are displaced, basic amenities are denied, human rights are violated, brutal onslaughts become normal, it takes a toll on people’s emotional and psychological health and they are forced to live in never ending tragic conditions. The toxic effects of wars are so much so that even if peace is eventually restored, it will take years and a massive amount of money to reconstruct the country.

War is definitely not a natural disaster that is out of human beings’ control. War is man-made and is the product of human beings’ choices. It can be readily solved if a relatively small faction of people in the world decide to stop it. If only.