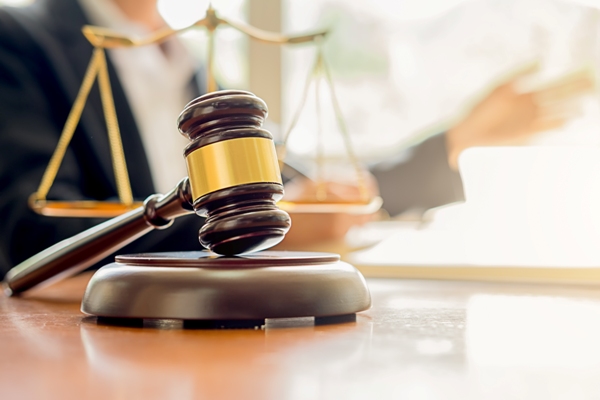 Often, I get calls from activists and friends regarding any legal issues or doubts with gender concerns. Sometimes, it is for campaigns, and at other times, for conferences. Mostly, I have noticed that these women want to know about laws and their provisions like: what are the laws regarding rape? Sexual assaults? Most of them ask me to inform them about the specific punishments prescribed in the law. The prevailing atmosphere of violence has made people want to be aware of the legal provisions, and has also made them be hopeful about it as a panacea for all ills.

Is law the ultimate hope?

However, it is not only about questions of gender, but also a general feeling that people have regarding the law. People look towards the law as if it has a divine light or halo surrounding it. They keep it as their ultimate source of hope and rescue on earth. Taking the law as an absolute remedy for every social and personal issue of our lives has given law the image of infallibility. This belief makes me anxious and leads me to say that law has an innate violence within it and we need to seriously think about it. Nowadays, after watching so closely this violent face of law from within, sometimes I wonder while talking to people, why they are unable to see this thread of violence within the legal world.

Oh, then I realize that even I was in the same mind-space while pursuing my legal education – considering the law as ‘divine’ and the judiciary as ‘the temple’ is what we are taught.

Even I had no doubt about the law’s close connection with justice until I was exposed to critical legal discourses later. It is in the later phase of my legal education I have realized that the best lawyer is not the one who tries to make everything fit within a single vision of law, but the one who can detach himself or herself from this aura of infallibility and think critically, humanely and reflexively. The law’s experience is not the same for all people coming from different locations.

Neutrality and the law

I think this is a key factor not only for lawyers and law students; everyone who has dealt with the law should consider seriously. As lawyers, since our law school days, we are taught and trained to be neutral and all of us acted as if this cold, forced neutrality made sense – defying this norm would make isolate us. At least I thought so. However the fumes of resistance from the bottom of my heart that I thought as a sensation of madness was actually a sense of injustice which I could realize very late. Taking a neutral stand in front of an oppressed is injustice but we are taught that neutrality is just.

This artifice of neutrality is in reality, injustice.

Law addresses everyone who comes before it as a universal category – perpetrator, victim, witness etc. Everyone’s word is weighed equally. And law has a defined imagination for each category. That is the reason why a Dalit woman is often not considered as a “good victim” of rape but mostly as a ‘liar’ or woman of ‘loose character’. Persons below 18 years of age are seen in a category of ‘children’ who have no agency as an individual in any matter dealing with his or her life, whatsoever it may be.

Law admits only certain facts and evidence, which have credibility and relevance, and Indian Evidence Act determines these factors of relevance and credibility. Anything else that does not meet the mark, goes out of focus of law automatically. Often, testimony of victims is ignored or rejected in this very language of credibility.

The violence of the law

See the Hathras Case – burning the dead body of the rape victim by the police officials was not ‘destruction of evidence’ in the eyes of law, which would be a serious crime otherwise.  Words and texts have an intimate connection with the law as it seems the law is constituted on the belief that anything or everything can be expressed through words, whether it may be unbearable pain or unforgettable tragedy. Hence your life experiences, emotions, pain and trauma may not constitute ‘relevant’ evidence before the Law. Sometimes, we as poor or marginalized people think it is due to abuse/ inefficiency/absence of law that injustice abounds.

But unfortunately we can’t even think that the legal system is shaped around allowing this injustice. In other words, the jurisprudence of the state can predict, even permit this injustice. Cases are framed in such a way that justice becomes impossible. The most immense cases of violence or indignity are sometimes presented to us as justice.

The very existence of modern law is a history of violent exclusion of all previously existing norms and traditions etc. by means of colonizing, ‘civilizing’ and subjugating such histories. We happened to believe that law is a profession of justice but it is more of a profession of words, rhetoric and power. For that matter violence becomes the reason for its being and means of law’s action. However ‘legitimacy’ of the state efficiently cleanses this violence inherent to law and it is addressed as ‘legitimate force’ which is conveniently claimed as rational and controlled.

Therefore, if you are someone looking for change and working in that direction, don’t give all the credits and responsibilities to the law. Neither should you put all your hopes and wishes at the altar of the law.

Social change beyond the law

A legislative amendment or better access to justice is not sufficient to bring the changes in the society you demand. Because social and legal spheres are not mutually exclusive, they inform each other in everyday life. If you look at laws and judicial involvements related to sexual offences or any other laws in relation to sexuality, we can understand that despite of the various advancements and amendments, our legal system hasn’t made any substantial move to understand gender roles and gender relations with respect to sexuality.

Caste, gender and the law

It is not a secret that dominant ideologies and caste-gender structure still take help from law to regulate sexuality in interconnected ways. That is why until it was changed in 2013, only penile-vaginal intercourse was considered as rape. Even under the reformed provisions of rape, marital rape is sanctioned if the wife is above the age of 15. Until it was struck down by the Supreme Court in 2018 after 158 years, the law has given privilege to a husband to go against his wife for adultery without giving the wife the same privilege in a similar situation.

Therefore, while setting an agenda for social change never put your whole focus on law and its functionaries. Beyond law, social change is a wider and continuous process in which law and lawyers are just two agents just as significant as social activists, students, scholars and every other section of society.

On a closing note

As an endnote, another important point to be noted here that is there is a serious lack of accessible resources in the field of law for social workers and activists. Here it is also revealed how knowledge becomes a site of power where access to complicated analysis and understandings on subject are limited to a few. Hence, the field requires immediate action from the legal scholars to provide accessible resources that helps people to understand the interconnectedness of law and violence. I think even this knowledge gap with respect  to the above discussed matter is created and maintained in order to  help law’s power. The veil of ignorance that is put on matters of law, justified by its mystique and aura of divinity, prevents people from understanding it and challenging its problematic aspects.