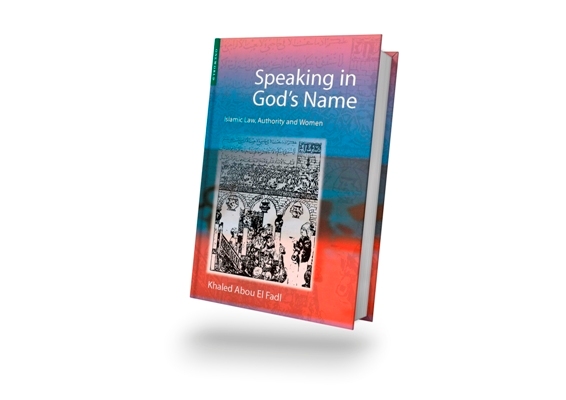 Twenty years on from when it was first published in 2001; Khaled Abou El Fadl’s Speaking in God’s Name is a book that continues to retain incredible relevance. Demystifying the authority of religious orthodoxy with questions of paradigm and justice, the book contends that the Muslim world today faces a serious issue of percolation of ‘authoritarianism’ in contemporary Islamic jurisprudence.

In an attempt to address this mammoth challenge, the book seeks to critically analyse the Islamic juristic tradition by first providing a theoretical framework to understand what constitutes authority to begin with and then goes on to demonstrate the tyrannical abuse of this authority, best reflected through the study of contentious legal issues related to women.

Critiquing modern Islamic legal practice for betraying its own ethos of pluralism, Fadl firmly establishes his own position as a jurist speaking from within the tradition, upholding its relevance while critiquing its current cooption by ‘authoritarian tendencies’. The author, currently a professor of law at the UCLA School of Law, is a formidable scholar and public intellectual, most noted for his moralistic and critical approach to the Islamic intellectual tradition.

This review seeks to summarise some of the intriguing ideas that this book explores, in hopes of contributing to a dialogue in understanding Islamic authority, justice and morality. 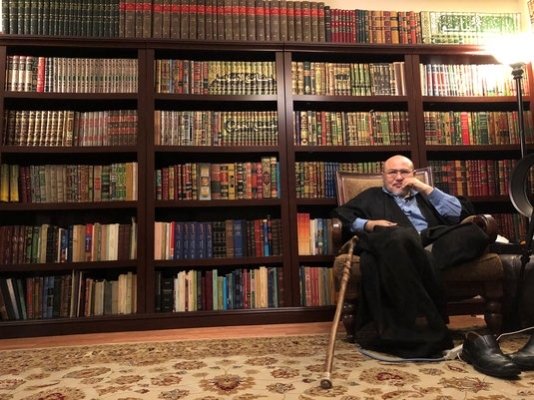 The author opens the book by setting stage with a series of thinking questions that indicate the complexity of dealing with God’s law, alluding to the necessary element of human determinacy in the process of interpretation.

Beginning with defining the conceptual framework of authority as persuasive, the book delves into the emergence of the juristic tradition as the most formidable contender of authority in Islamic history. Islamic juristic discourse developed over time through a ‘cumulative, evolutionary and often dialectical process’ into a diverse and complex body of knowledge that gave space to both ijtihād and ikhtilāf. Now, the juristic tradition primarily derives its authority from text-based competence, and since the text “does not speak for itself, it needs interpreters and interpreters are human beings.” The author argues that God made human beings the khulafā’ on earth, i.e., the necessary representatives in meditating divine sovereignty and even the conceptual difference between the ideal Shariah and its human implementation, fiqh, is like a tacit recognition of the imperfection of the human endeavour and the inevitability of disagreement. It is asserted that the phrase, “wa Allāhu a‘lam” (and, God knows best), often found written at the conclusion of legal discussions is not just a rhetorical device, but an acknowledgment of the very epistemological foundation of Islamic law that embodies the culture of juristic diversity and disputations. “Every mujtahid (jurist who strives to find the correct answer) is correct”, the book reiterates the famous maxim.

Is agency collective or individual? The author reconciles both. ‘While it is the responsibility of the jurists (special agents) to diligently investigate the law, the laity is expected to diligently investigate the jurists’. The common agent’s relationship with the special agent is built on trust and this authority is subject to contingencies because ultimately everyone is accountable on an individual basis.  In accordance with the theology espoused by the juristic tradition, the author enumerates these contingencies as follows: honesty, diligence, self-restraint, comprehensiveness and reasonableness.

How do we understand authenticity? The author contends that unlike the Quran, the Sunnah comprises historical reports that pose the intriguing problem of ‘multiple authorship’. While it owes its preservation to sophisticated methods of evaluating transmission, these methods must also be understood as ‘history’. What this implies is that when dealing with hadith traditions, what we need to be wary of is what the author calls ‘authorial enterprise’. What gets selected, remembered and transmitted is reflective of the subjectivities of its transmitters. And this bears even more so on how these reports are understood and interpreted. Therefore, if carrying legislative power, the authoritative role of the Prophet in a said tradition, which is what is decisive, must be thoroughly investigated.

Finally, what of determination? The process of interpretation and implementation involves not just the human agent but also the medium of instruction. God chose the medium of text, the medium of language, and language is necessarily bound by mutating cultures of meaning. This implies a certain ambiguity that is not only part of the intended meaning of the authoritative text the author claims, but is also purposeful in processes of law. And to safeguard this process from unreasonable whim, ‘communities of interpretation’ regulate this space of interaction between the Author, the text and the reader.

Having established the complex intricacies of what comprises authority, the author defines ‘authoritarianism’.  Authoritarianism is the imposition of a specific meaning on the text through a subjective and selective reading and the concomitant closing of the interpretive process by presenting that as the ‘ultimate’ and ‘final’ determination. Not only does this imply abrogating the autonomy of the text, he argues, it is a means of usurping the role of the Author. Claiming to be the ‘sole voice of authority’ necessarily leads to the despotism of the reader, and the grave ramification of displacing the Author Himself. Such conclusions both invariably misrepresent and violate the conditions of authority.

The latter half of the book draws on these conceptual considerations, to exemplify what constitutes an abuse of authority. The author contends that Islamic law has not withstood the ravages of colonialism and modernity. The author seeks to expose the authoritarian through legal issues pertaining to women because they have come to epitomize these result-oriented tendencies that now dominate contemporary legal practice. The final two chapters of the book are dedicated to exposing a host of methodological inconsistencies found in the legal responsa issued on some gender based issues. These dictates are found to be characterised by problems of selective evidence, that is, cherry picking through sources to substantiate a pre-determined conclusion and problems of selective disclosure, that is, the absence of an honest disclosure of the special agent’s scope of representation. These unsound methods of enquiry, it is argued, often presuppose an undisclosed value system. And while subjectivities will inform enquiry, the problem the author claims is not truthfully disclosing these value-based assumptions (suspect to whim) while claiming to represent ‘the’ law.

For instance, the author cites multiple examples dealing with the question of permissibility in context of women visiting graves, travelling, driving cars, praying in the masajid, etc. The recurring value-based assumption found in these examples is the concept of ‘fitnah’, oft employed to justify the exclusion of women from public spaces. The author counteracts these strands of interpretation by placing them in the larger context of the core values of the Shariah such as the principle that no one can account for the sins of another or that lower order values must be evaluated within the ambit of higher order values. Viewed thus, these legal responses exhibit a skewed balancing of conflicting interests while their methodology remains undisclosed.

To quickly summarise some of the propositions the author makes in order to address these major concerns of authoritarianism: the author proposes the concept of proportionality. In context of legal application, he argues for a proportional relationship between a tradition and its socio-political and theological consequences, that is, the greater the impact, the heavier the burden of proof of authenticity should be.

The author also suggests a unique method when dealing with moral dilemmas: a conscientious-pause. When a person’s moral conscientious conviction comes in conflict with say a report, he opines, the response expected of a reasonable thinking being who carries the burden of free will and accountability, is to first take a reflective pause. This should then be followed by a diligent and exhaustive investigation of the entire spectrum of available evidences and traditions. And if the outcome is still unable to resolve the conflict, the author goes on to make the rather unconventional proposition the person can opt for a faith-based rejection, provided of course one is wary of the serious risk of running whimsical.

While examining the possible ramification of these propositions is beyond the scope of this review, as an exercise in theory, they lay open the sheer breadth of existing juristic diversity. The purpose is to initiate critical dialogue, and it is the very idea of dialogue that the book sets out to advocate. Working within the larger moral framework of justice, ethics and morality, the book succeeds in making a compelling case for an open interpretive process that makes sure the text remains ‘relevant and alive.’