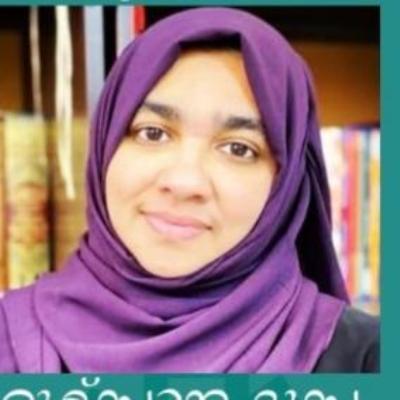 On 3rd April, 2021, I was fortunate enough to attend a ceremony where I had to receive two certificates from the stage in front of a lot of people. I didn’t bother to pose for the customary photo everyone poses for while receiving the certificate. Why?  Because I was explaining to all the dignitaries on the stage that this accomplishment was not mine, it was my mother’s. As if this wasn’t special enough, what made it more amazing was that she had done it while she was in her Iddah period grieving for my father.

It had come as shock – an unlicensed driver, a speeding vehicle, and my father crossing the road at that very moment. Qadr, Fate as decreed by our creator. Events that followed were all perceived as most dire and difficult for us and much more so for our mother. Even though we are told about death in the Quran and are prepared for it, we actually encountered it with full force through the demise of our father.

I remember my mother saying some time after that she felt like she was floating through her life with no sense of purpose. Apart from all the community work she was doing in the path of Allah, another of her main duties had been taking care of our father. So much so, that just recently a person who knew them remarked to my father’s mother that she needn’t worry because while he was alive, he had lived like a prince – because my mother had cared for him so. Hence, this sudden unwanted release from her wifely duties unanchored her. She then shifted to my brother’s home.

She embarked on this small journey all decked and covered (not just because she was in Iddah but more so of the pandemic) to our brother’s home. There, she embraced her grandkids and daughter-in law and a change of scene. She had shifted from one nest to another. Willing but unwilling, grateful but ungrateful, happy but sad, hungry but ever so full. An apocalypse of emotions, all at once. Optimistic at some and pessimistic at others. But as women, this is not entirely unfamiliar to us.

I would imagine that it was during her optimistic spells that she sort of stumbled upon certification courses offered by Al Jamia World Campus, Santhapuram. At the age of 56, she decided to pursue a three month course in Maqasid al Sharia or the higher objectives of Sharia, 55 years and a one month course in Ulum-ul-Quran, or the Quranic Sciences.

What attracted her most was the possibility of an increase in her knowledge of Islam, and a hope that would bring her closer to Allah. She realised she needed them more because during some of her darkest times, she felt she was drifting away from Allah and that she might lose her hereafter. And how could she drift away from him who took away one blessing but heaped her with so much more? Hence began her learning journey. She is still continuing on that path even now and has completed a few more certified courses, all with Allah’s help.

My brother’s home is in a lovely neighbourhood, so in the wee hours of the morning she would go on short walks with my brother. I supported her by saying that exercise helps release happy hormones. When she saw or felt something overwhelming, she would write about it and share with us. She has always been someone who loves to write, but I am sure that what she wrote in this period were her best. Most great works have stemmed from the roots of suffering. I am sure it helped heal in a way.

Where was I in all of this? I was reduced to a mere spectator, locked in because of the pandemic with big oceans between us. Video chats were all I had to console her. I did so in my own absurd way, suggesting that she eat a lot of chocolate because it would keep her happy and talking about all the funny times we had with my father. I hadn’t seen my father for two years but I didn’t let the grief flow; she too asked me not to let it. So I didn’t, frankly. It was easy, all I had to do was turn the camera away from my face when the waterworks started.

Six months later, I can say apart from some moments of grief, and some health issues of acidity she developed due the stress that she’s doing much better.

It wasn’t easy but what is?

It always seems that Iddah and positivity can’t go in one sentence but they can.

A woman in Iddah is like a caterpillar in a cocoon. Sometimes she emerges as a caterpillar itself, which is okay, but she can bloom into a beautiful butterfly too. With the right sort of grieving, I think it is possible.

When I look back, I see how Allah had planned out this proper healing process for my mother without all of us even knowing it. When we think about combating grief we see going on a journey, a change of some kind, exercise, and the company of optimistic children. All this she got by the blessing of Allah. Sort of like a gift to my father, who worked in Allah’s path. What she did do was pray and have an open mind. She turned those sleepless nights into nights of study. She fasted on most days to feel the pure pleasure of one who breaks the fast. She tried to turn adversity into an opportunity. Moved out of her comfort zone. She has just begun this other phase in her life which she knows is not going to be a bed of roses, especially in our patriarchal society but Alhamdulillah for our just and liberating deen.

I pray and feel that she will make it through gracefully, and so will we.

I would imagine that it was during her optimistic spells that she sort of stumbled upon certification courses offered by Al Jamia World Campus, Santhapuram. At the age of 56, she decided to pursue a three month course in Maqasid al Sharia or the higher objectives of Sharia, and a one month course in Ulum-ul-Quran, or the Quranic Sciences.

A woman in Iddah is like a caterpillar in a cocoon. Sometimes she emerges as a caterpillar itself, which is okay, but she can bloom into a beautiful butterfly too. With the right sort of grieving, I think it is possible.