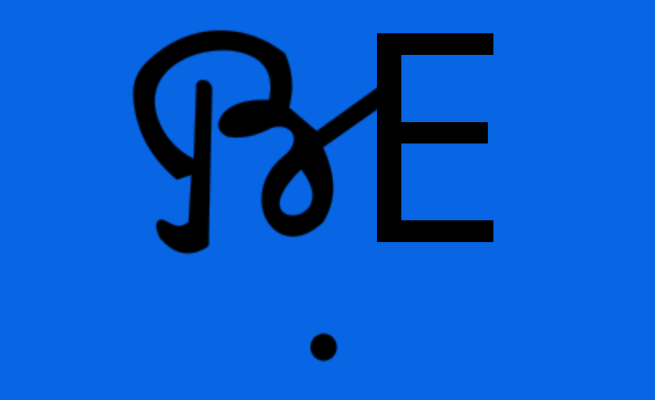 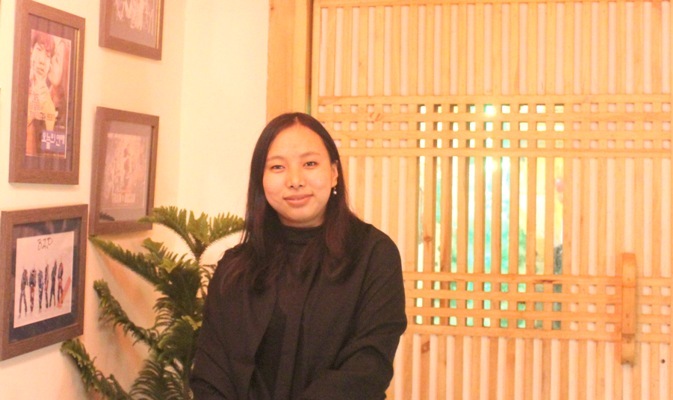 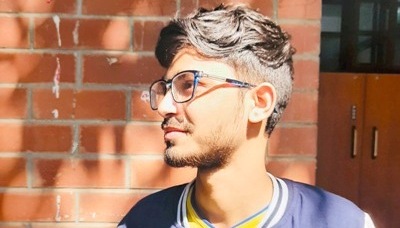 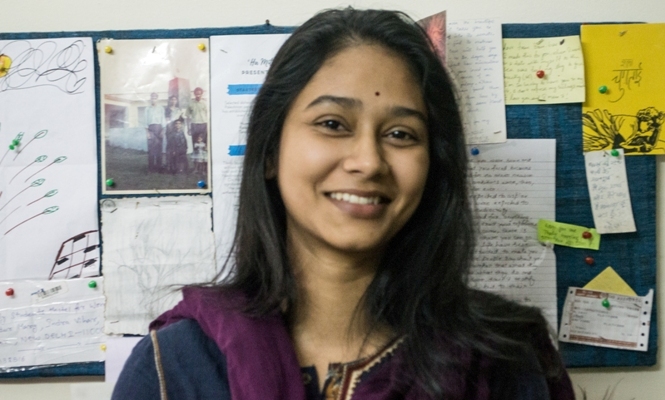 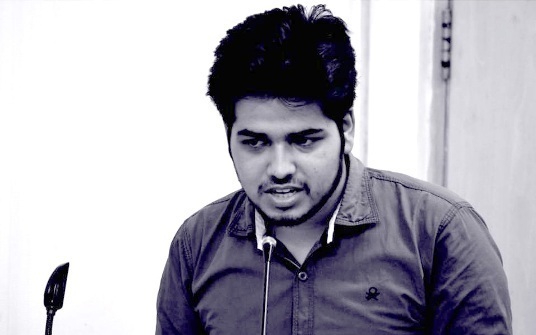 The following is an interview conducted with the members of a students’ collective, Bahujan Economists: Phokrizat Mayirnao, Mohit Verma and Arvind Kumar (core members of BE) and Aditi Priya (the founder of BE). Aditi Priya is a Bahujan woman who received a Master’s Degree in Economics from the Delhi School of Economics.

1.Tell us a little bit about the background of how this group was formed and the founders’ backgrounds as well. What were the challenges you faced as students from marginalized communities in higher education, and particularly in the discipline of your choice?

A.BE is a collective. It was formed to create a sanctuary for students of Economics from marginalized communities. The group tries to gather support, not just academically but morally too. Most of us have uncanny stories and encounters in schools and colleges for which our parents hardly have answers. In times like such, it is crucial that we know we are not alone. The assurance that we are not alone is a good start to keep going.

The narrative on Bahujans is primarily about news coverage on atrocities. Very little is talked of their daily lived experience in the villages, cities and even classrooms. BE aims to bring forth a new wave that will bring the Bahujan perspective both within Economics and daily events.

The first-hand experiences of hostility and unacceptance are reasons that necessitated the formation of this group. The failing rate per semester and drop-out rates in a year among Bahujan students are alarmingly high, with a repeated pattern of best and worst performers being students of privileged and marginalised groups respectively. Clearing entrance exams is simply the beginning of a hostile journey that awaits; much has been written about the unfriendliness of D-School towards marginalised students.

The caste of a researcher more or less determines the quality of the research; a researcher with the ‘suitable’ caste with the right network by dint of better access to data becomes a better researcher. So then, it should not be surprising to question who Economics really is for. Alternate traditions beyond the mainstream like feminist Economics, Marxist political economy etc. are essential, but have not been very accommodating towards the marginalised communities, both in terms of perspective and representation.

A helping hand has always been absent, and now through BE, we are asserting that mere ‘sympathy’ and tokenism will not do. We are asserting acknowledgement and representation as opposed to the status quo. We are asserting ourselves for more conversations around this without being ridiculed, snubbed or taken for granted.

2.You speak about bringing a Bahujan perspective to Economics. Can you elaborate on that for our readers, including how you understand the term Bahujan, and why it matters to bring that into a field like Economics?

A.The term Bahujan, for BahujanEcon, is an umbrella term. Bahujan is translated as ‘the majority of the people’. In the Indian context, the Dalits, Adivasis, and other Indigenous Peoples who wish to be excluded from the ongoing Sanskritization, make up the Bahujan. In the global context, the South constitutes Bahujan.

The majority being controlled by a handful is not restricted to India’s long standing caste system alone. A handful of business corporations controlling nations is prevalent across the globe. Outright and explicit denial of education to Bahujans is no longer a common sight. The domination of a particular methodology developed in a certain part of the world to serve the interest of a certain group still plagues academia. To bring the Bahujan perspective is to bring an end to being mere data and to speak of a reality the way it is from within. It is an attempt to voice what we want, as opposed to what we have been made to want. It is an attempt for self-determination. It is a favour to human society as a whole in creating a more pluralistic society. However, BE does not, in any way, aim to create a distinction between us versus them. The othering is too narrow a mindset for BE’s liking. It is rather an attempt to place historically ignored groups and narratives back into the map.

3.Economics is often understood by people – and that narrative is also pushed by the media – as a discipline devoid of any questions of identity and social and historical discrimination. But we know that’s not true – it’s just as contextual as any other science or discipline. Did you face this challenge as well?

A.Sure, Economics as a discipline is not devoid of questions of social and historical discrimination in totality but the lack of space for non-white males from specific schools seem to suggest that it disregards the ‘other’. When you said ‘contextual’, if you meant the gatekeeping of the system by a certain group then yes, it is as any other discipline. Interesting that you should mention ‘any other science’, the discipline is still divided about its nature. Empiricism has no place for the unquantifiable like domestic labour or care, for instance, despite its major contribution to the GDP. Unquantifiable, and hence, it is absurd or a ‘myth’. Thus, it is not science. The resurfacing of questions like identity, and alternate narratives that we now broadly see as heterodox Economics is a struggle against patriarchy, in that it produces knowledge that aims to impose upon the ‘disenchanted’.

The epistemological absence of what is beyond that of the West is only a speck on the issue of distillation of knowledge by a certain group. The lack of relevance of economic models and theories, and the absence of realities of the global South in textbooks goes well back into the history of colonisation. Economics textbooks suffer from poverty of reality even till today as a result. The heterodox tradition is at the forefront to deconstruct the monopoly of market fundamentalism and we are all in together to break the asymmetry. However, there is much to unpack within this tradition like specific representation of only certain realities.

BE aims to eradicate the absence of the Bahujan reality. It is an ambitious dream but it is not impossible.

4.The budget was recently presented. How do you see this as a group, and what are the expectations of SC/ST/OBC communities from the budget? Have they been fulfilled in any way?

The budget from the Bahujan perspective has not been very positive. It fails to deliver on key parameters including education, healthcare including maternity and nutrition. As was pointed out by NCDHR, there is a gap between budgeted and allocated amounts to SC/ST communities. Only 4.5% and 2.6% of the total allocated budget for SC & STs communities respectively goes towards the targeted schemes.

The budget was hailed for higher deficits and increased healthcare spending. However, a closer look suggests otherwise; the inclusion of road-building under healthcare allocation is a matter of concern. The budget for Women and Child Development shrunk and that for POSHAN has been slashed by a staggering 27%. The cuts in maternity benefits and Anganwadi budgets hit the Bahujans the hardest because large sections of these communities rely on these programs.

We expected an increase in social spending targeted towards Bahujans. The number of caste-based violence registered under the POA Act, 1989 are ever growing with 42000 cases in the year 2018 alone. Yet the allocation for implementation of the POA and PCR (1955) is a mere Rs 600 Cr FY 2021-22. Sewage workers and manual scavengers are snubbed in the budget yet again. The post-matric scholarship for SC/STs has long been criticised for the inability to cater for the growing needs of students. We expected more attention towards the implementation gap of schemes allotted but are yet to materialise possibly due to administrative and systemic hurdles but we suppose, that is for another year yet again.

5.Staying with the budget, a frequent refrain of student movements is that “Shiksha pe jo kharcha ho, budget ka daswa hissa ho/expenditure on education ought to be 10% of the budget.” How relevant do you think this demand is, particularly in a time when spending on education is being slashed further and further?

A.The reduced spending on education is not simply a fiscal or a budgetary problem. It has much deeper underpinnings. Control over educational funds is a control on education, on the production of knowledge.

Not long ago, India was ridiculed for its population. With neoliberalism in vogue, this sizable population is celebrated as a big market, a huge consumer base. Citizens saw themselves becoming mere consumers over the years. The market desires consumers, not informed consumers. The anxiety caused by fear of missing out from an ongoing trend is very real. Increasing entrapment to consumerism and its impact on the ecology can only be dealt with awareness of the same. This, again, is not simply a lifestyle-problem but rather a survival-problem. As the famous slogan goes, ‘There Is No Planet B’. Everything is interconnected, nothing happens in isolation. So how do we fix this? How do we identify a manufactured reality that is propagated through the culture industry from the ground reality? How do we identify what is and what is not relevant to one’s own reality?

The answer is education. Education plays a massive role in creating awareness and opens room for critical thinking. The demand for 10% is not only relevant but is the need of the hour. The consciousness of the consumers is controlled through the education system. So, as much as the declining funds for education, the kind of education that the/any country invests in is also a deep concern. In a more grounded manner, ours is a system where jobs with respectable or perhaps, liveable salaries are mostly concentrated in the skilled sector. Living in a system that requires a certain level of education to make a decent living, making education unaffordable as reflected in reduced spending only denies the people the right to decent living. The digits on the budget are simply numbers to some but for some, it is the ticket to a decent life.