May 2021
Exemplary Examples of Powerful Women in the Qu’ran
Views : 400 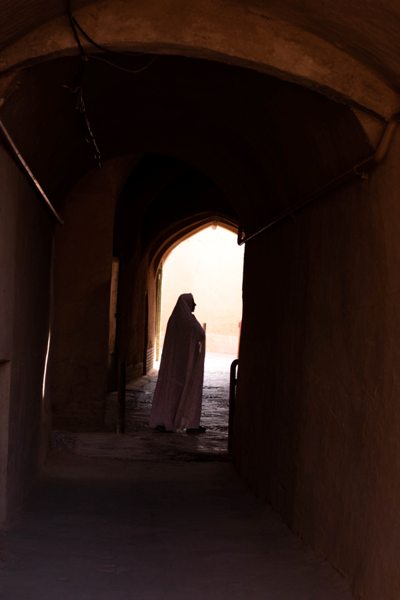 Ramadan is the month of the Qur’an, the Book of the Creator’s Guidance to mankind. It includes examples from the lives of great men as well as women. Below are the exemplary examples of powerful women in the Qur’an which give us enough food for thought on how to overcome our limitations by focusing on our strength and trusting in the guidance and support of the Lord of the Universe.

Asiya, the wife of Pharaoh:

She has been depicted as an example for believing men and women in Surah Al Tahrim: “And Allah has struck a similitude for the ones who believe the wife of Firaawn…” (66:11).

She chose the path of truth and justice trusting Allah and His messenger of the time Musa (A), standing firmly against her husband, the greatest oppressor in history who called himself as God and made people prostrate before him (Qur’an 79:24). It was not as easy as we say for a woman who had been living under the comfort and luxury of a powerful emperor to leave them all and accept a different path, knowing that it would incur great torture to her. Despite her powerlessness before Pharaoh’s strength, she refused his enslavement and proclaimed her refusal to adhere to his logic. She withstood all the physical torments from her husband and his force until the last breath because of the power of faith in the Creator and His promise. That is why she was able to breathe her last with the prayer: “…My Lord! Build for me a home with You in Paradise, and save me from Firaawn and his work, and save me from people who are oppressors (Qur’an 66:11).

It got recorded in the Qur’an and Allah cites her as an example for believers. Her story exemplifies the believer’s duty to testify to Allah’s Oneness (Tawheed) even at the risk of losing one’s life in this world. True devotion to Allah cannot be stopped, neither by spouse, nor by relatives. She also proves to the world that in Islam a woman has the freedom to choose her faith, even against the will of a tyrannical husband.

Maryam, the mother of Isa (A), holds an exalted position in Islam as the only woman named in the Qur’an and presented by Allah as one of the two examples for believing men and women. In the Qur’an, she has been mentioned in chapters 3, 4, 5, 19, 21, 23 and 66 and the 19th Chapter has been named after her. It is interesting to note that the Qur’an refers to Mary (Maryam) more often than the Bible. She was chosen twice by Allah. First, as a pious girl dwelling in the place of worship and serving (Qur’an 3:42, 43). Then, as a young woman she received Allah’s message from Angel Gabriel which nullifies the general belief that only men, the Prophets received wahi (divine revelation).

“And when the angels said: ‘O Mary, truly Allah gives you glad tidings of a command from Him, whose name is the Messiah, Jesus son of Mary. He shall be highly honoured in this world and the Hereafter… She said, ‘My Lord, how shall I have a child while no human being has touched me? He said, Thus shall it be. When He decides a thing, He merely says, “Be!” and it is.” (Qur’an, 3:45 to 47).

Here there are lessons for believers. She did not say she couldn’t take it up. She only asked about the logic. What was more precious to her was her chastity. When she was in exile and alone in a desert and she met with the Angel, her first reaction was “I seek refuge from you in the Compassionate, if you are reverent.” (Qur’an 19:18).  The qualities of Maryam to be chosen by Allah above all women are summarised in the following verse: “And Mary, the daughter of Imran, who guarded her chastity….she believed in the words of her Lord and His scriptures and was of the devoutly obedient.” (Qur’an 66:12). These qualities can empower both men and women to withstand any test in this world.

She has been referred to as Ummu Musa in the Qur’an. She was scared that the Pharaoh ruling at that time would kill her son. But to release all the children of Israel, Musa had to survive and grow. For this, Allah sent revelation to his mother, who played a crucial role in the protection and education of the Prophet. “We inspired your mother, saying, ‘put your child into the chest (tabut), then place him in the river. Let the river wash him on to its bank, and he will be taken in by an enemy of Mine and his.” (Qur’an 20:38, 39). Putting the entire trust on the divine revelation, Ummu Musa created a small ark, placed the baby in it and gently left it at the river’s edge. Entrusting a new born to the mercy of a river is something beyond imagination for a mother. She could do it only due to the strength of her faith. She had complete trust in what Allah told her: “We inspired Musa’s mother saying, ‘Suckle him, and then, when you fear for his safety, put him in the river. Do not be afraid, and do not grieve, for we shall return him to you and make him a messenger.” (Qur’an 28:7). She arms herself with patience and maintains her composure. She could muster courage and master her fear due to the consolation from the Lord. Allah says regarding this state of mind of hers: “The next day, Musa’s mother felt a void in her heart. If We had not strengthened it to make her one of those who believe, she would have revealed everything about him.” (Qur’an 28:10). The ordeal was beyond imagination and maintaining the secrecy and not expressing the weakness or sorrow must have been the greatest challenge in front of her, but she could overcome that and remain calm with the power of her Iman (faith). At the same time she did not remain idle. She did whatever she could by instructing her daughter to follow the trails of the baby. Finally she gets her son back. “We restored him to his mother in this way, so that she might be comforted, not grieve, and know that Allah’s promise is true, though most of them do not know.” Qur’an 28:13.  The resistance to oppression by the forces of Pharaoah that Ummu Musa repeatedly demonstrated due to her spiritual strength is a great lesson for all believers.

She plays a very crucial role in Musa’s life. She displays great courage in following her brother when he was put in the river. It wasn’t easy for a small girl like her to do that task amidst the surveillance of Pharaoh and his men without giving any hint to them of what was actually happening. It shows that she knew the geography of the place very well. She was smart enough to keep an eye on her brother without getting noticed by Pharaoh’s men. It is amazing that she could catch up with what was happening inside the palace and utilise the opportunity to unite her brother and mother. Her strategic intervention at the right time in introducing her mother, the mother of Musa, to the women in the palace is what paves the way for Musa to get his mother’s care back. “And We had forbidden foster mothers for him, so she said: Shall I show you a household who will rear him for you and take care of him?” Qur’an 28:12 (See 20:40 also)

The wife of Musa and her sister:

They are the the two girls whom Musa met at Madyan. Qur’an narrates their first meeting like this: “And when he came unto the water of Madyan he found there a whole tribe of men watering. And he found apart from them two women keeping back (their flocks). He said: “What aileth you? The two said: We cannot give (our flocks) to drink till the shepherds return from the water and our father is a very old man.” Then Musa watered the animals for them. And one of them returned to him and invited him to her father’s house. (Qur’an 28:25, 26, 27 & 28). After serving the term, the wife leaves her home and accompanies Musa.

The two important lessons from their life are:  1) Being a woman is no hindrance to work for your family. Even girls can serve their parents in old age.  2) You need to safeguard your modesty and security in any situation. The girls also displayed courage and wisdom in understanding the good qualities in Musa, telling their father regarding that and inviting Musa home.

In Surah Al Mujadila, the Qur’an talks about the pleading woman whose name is Hadhrat Khawla bint Maalik according to Qur’an commentators. She was an extremely eloquent person. Her story teaches women what to do when they have problems with their husbands. “Allah had certainly heard the speech of the lady who debated with you concerning her husband and who complained to Allah. Allah was listening to your discussion. Verily Allah is all hearing and seeing.” (Qur’an 58: 1 – 6). Ahmad recorded that Khawla bint Maalik (Thalabah) said, “By Allah! Allah sent down the beginning of Surat Al Mujadilah in connection with me and Aws bin Assamit. He was my husband …. One day he came to me and I argued with him about something and he said, out of anger, ‘You are like my mother’s back to me.’ He went out and sat with some of his people. Then he came back and wanted to have sex with me. I said no, by the One in  Whose Hand is the soul of Khawla! You will not have your way with me after you said what you said, until Allah and His Messenger issue judgement about our case. He wanted to have his way regardless of my choice and I pushed him away from me. He was an old man. I next went to my neighbour, borrowed a garment from her and went to the Messenger of Allah.” After complaining to Rasool (S) she raised her eyes to the sky saying “O Allah! I plead my case before you. Reveal a command to Your Nabi (S) so that my difficulty is alleviated. Consequently verses pertaining to Zihar were revealed. Zihar was a pagan form of divorce practised by the Arabs at that time to tell their wives they are like their mother and nullifying the marital bond and rights but preventing the women from remarrying. Khawla became a distinguished woman in Islamic history through her eloquence in pleading for her rights and the believers will remember her as long as the Qur’an is recited. Hadhrat Umar (RA) was once riding his donkey when an old lady stopped him to say something. When asked why he stopped Umar (RA) said: “Don’t you know who this lady is? She is Khawla. Allah listened to her from above the seven Heavens. How can Umar not listen to her when Allah did.”

Let us not ignore these exemplary examples of powerful women in Qur’an as mere stories. They have great lessons for those who ponder, which can be summed up as follows: It is neither the physical nor the economic strength that gives power to a person to overcome difficulties in this world. The real power and lasting courage has been generated from our complete trust in the Almighty’s guidance and help and the belief in the Hereafter. This is what liberates our minds from all types of slavery.