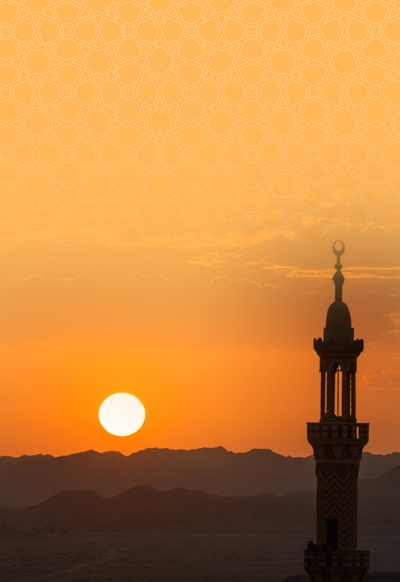 When we think of Prophet Muhammad (saw), we visualise him as a Messenger, a leader, a warrior, a companion,  a daee (someone who calls to Islam). Other than these roles, he also had other responsibilities. He also was a husband and a father. And he was the best man to his family.

The bond of a husband and a wife in a marriage is special and unique. And there is no better role model for us than our Prophet, on how to sustain this relationship. Let us learn some tips from him!

Giving undivided attention to his spouse

Prophet Muhammad (saw) showered his love and affection on his wives in various ways. He was just and fair in giving equal time and attention to them. He made sure their emotional and physical needs were taken care of, by meeting them daily and enquiring about their well-being.

Narrated ‘Urwah (RA): ‘Aishah (RA) said, “O my nephew, Allah’s Messenger (SAW) would not prefer some of us over others regarding the division of the time he would spend with us. It was very rare that he would not visit us all, and come near each of his wives without having intercourse with her, till he reached the one whose day it was, and spent the night with her.”   Ahmad and Abu Dawud, 1060.

Showing love and affection while the spouse is menstruating

Prophet Muhammad (saw) caressed and showed affection to his wives even when they were menstruating. He knew that menstruation is a part of a woman’s cycle, something perfectly normal. He did not think of them as impure or as outcast, which is often an unfortunate part of our culture.

It was narrated that ‘Aishah said: “If one of us was menstruating, the Messenger of Allah (Saw) would tell her to put on an Izar (waist wrap) then he would fondle her.” Sunan an-Nasa’i 374

Enjoying the company of his spouse

Not only did he show love, but also spent time with them, even while they were in their monthly cycle.  It was narrated that ‘Aishah said: “I used to comb the hair of the Messenger of Allah (Saw) when I was menstruating.” Sunan an Nisai 279.

It was narrated that ‘Aishah said: “The Messenger of Allah used to put his head in my lap when I was menstruating and recite Qur’an.” Sunan ibn Majah 677.

Even doing simple things shows how much you care and are fond of each other, like the way Aisha RA combed the hair of the Prophet (saw), or how he (saw) put his head on her lap.

Keeping good relations with his in-laws

Being an ideal husband doesn’t mean just being good to your wife. The relatives of the wife also should be kept in mind. The Prophet was the best in keeping ties with kith and kin. Even though it had been years that Khadija (ra), his first wife, had passed away, yet he remembered her sisters and friends.

Narrated `Aisha: I did not feel jealous of any of the wives of the Prophet as much as I did of Khadija though I did not see her, but the Prophet used to mention her very often, and whenever he slaughtered a sheep, he would cut its parts and send them to the women friends of Khadija. When I sometimes said to him, “(You treat Khadija in such a way) as if there is no woman on earth except Khadija,” he would say, “Khadija was such-and-such, and from her I had children.” Sahih al-Bukhari 3818.

When I read this hadith, I am just amazed to see the depth of love the Prophet (saw) had for Khadija (ra). Even after her death, even after getting married to others, he still missed her, remembered her, and cherished her memories. Khadija (ra) had a place in his heart which was truly special and no one could erase that.

The Prophet Muhammad (saw) was an affectionate person and to be honest, he was way ahead than our generation!

Narrated Ibn `Abbas: The Prophet and Maimuna used to take a bath from a single pot. Sahih al-Bukhari 253

Love is not just a feeling, rather it’s a complete emotion that drives you to do anything for your loved ones. And this emotion can be expressed in many ways. There is no one way. Take the example of our Prophet (saw). The way he expressed his love, is by taking a shower with his wife or eating from the same plate she ate from. In the same way, we too can express our love by doing many different things, just follow your heart!

Having fun with his spouse

And if this wasn’t enough, he knew how to have fun too.

‘A’isha told that when she was with God’s Messenger on a journey she raced him on foot and beat him, but when she grew, she raced him and he beat her. He said, “This makes up for that beating.” Mishkat al-Masabih 3251.

How cool is that? You are never too old to play! Age is just a number! Playing a game, having fun, always puts us in a happy mood, makes us a little stress free, makes us laugh more, smile more, the list is endless. And if you have fun with your spouse the benefits are 10 times more!

Our generation usually complains about the lack of spark in their marriage. We surely can take lessons from the Prophet (saw).

The Prophet of Allah (saw) was not just a good adviser but also a good listener. His wives would confidently share their worries and stress with him. He lent a shoulder and comforted them.

When he (saw) was at home, he wouldn’t sit and give orders at home or wait for his wife to do his job. Rather he would do it himself, and also would help around the house.

Hisham said, “I asked ‘A’isha, ‘What did the Prophet, may Allah bless him and grant him peace, do in his house?’ She replied, ‘He did what one of you would do in his house. He mended sandals and patched garments and sewed.” Al-Adab Al-Mufrad 540

Being a loving father

Prophet Muhammad (saw) was a father to six children. Four daughters and two sons. The sons passed away in infancy, but his life revolved around his daughters, Fatima RA being the youngest of them all.

The Prophet (saw) didn’t just raise his daughters, rather he nurtured them. He nurtured them with love, respect, compassion and humility.

`A’isha, the Umm al-Mu’minin, said, “I did not see anyone who more resembled the Messenger of Allah, may Allah bless him and grant him peace, in manner of speaking than Fatima. When she came to him, he stood up for her, made her welcome, kissed her and had her sit in his place. When the Prophet came to her, she stood up for him, took his hand, made him welcome, kissed him, and made him sit in her place. She came to him during his final illness and he greeted her and kissed her.” Al-Adab Al-Mufrad 971

Just look at how the Prophet (saw) treated his daughter! When we nurture girls in this way, it’s only natural that they will grow up to be strong, confident and empowering women of the society. But sadly, in our society we tend to give love and respect to one gender over the other.

A father showing the importance of aakhirat

The Prophet (saw) didn’t pamper his children till they were spoiled. Rather he showed them the reality of this life, reality of the Hereafter, and how hardships are part and parcel of life. He taught them that when difficulty arises, it’s best to be patient, be grateful to Allah and to turn towards Him.

For me, this aspect is really important, because when you teach your children that life is full of ups and downs, they will not lose patience when an obstacle comes their way and most importantly not lose confidence in themselves.

It was narrated from ‘Ali (ra), “Fatima (ra) complained about the pain caused to her hand by the mill, and some prisoners had been brought to the Prophet so she went but did not find him, but she met A’ishah and told her.

When the Prophet (saw) came, A’ishah told him about Fatimah coming to her. The Prophet came to us, and we had gone to bed. We started to get up, but the Prophet (saw) said: “Stay where you are.” Then he sat between us, until I could feel the coolness of his foot on my chest. Then he said: