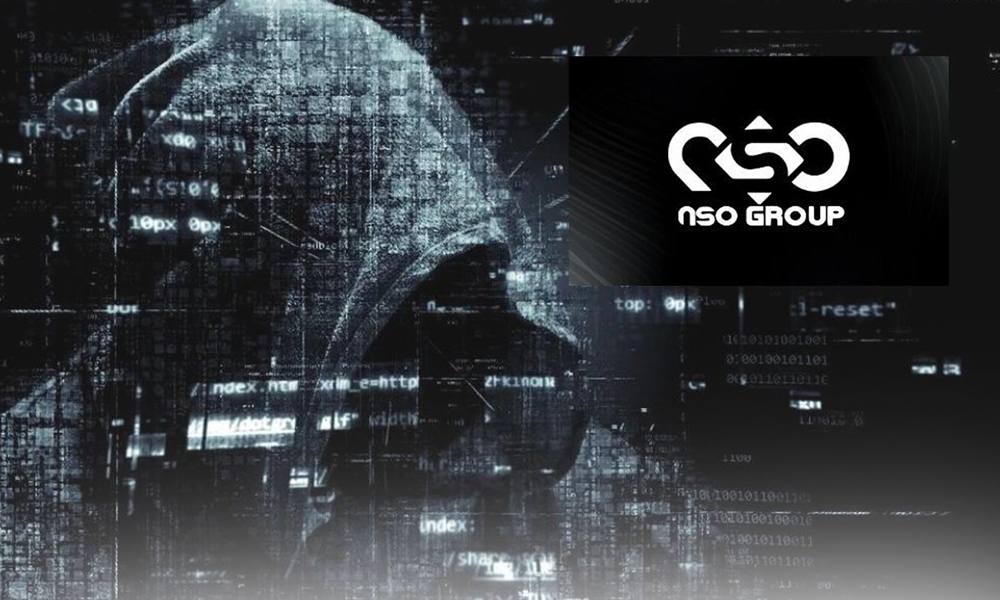 The global community is still trapped in the grip of coronavirus. The virus is still on a rampage and has already ravaged the lives of people around the planet, along with the economy. While the world is struggling to overcome this grim situation, there is another malicious virus making the rounds, invading the privacy of individuals and violating their basic human rights. This nasty virus is an electronic virus named Pegasus, a spyware developed by NSO group – an Israeli technology firm. Pegasus is viewed as one of the most potent mobile phone hacking tools. It facilitates its client to secretly enter into the mobile phones of the targets, tap phone calls, record calls, read messages, track locations, use microphones and even operate the cameras on the phone remotely to click pictures and send it anywhere.

Although the Pegasus puzzle is now widely debated around the world, it was extensively discussed in 2019. The Citizen Lab, an interdisciplinary laboratory based in Canada which studies the working of internet surveillance networks that pose threats to human rights, had warned the media in 2019 about Pegasus’ notorious intrusion into the private information of individuals through their smartphones. Whatsapp also warned its users about Pegasus.

Back in 2019, Pegasus was known to be so sophisticated that it would send text messages to the target’s phone with a link to download. As soon as the link was clicked, it would install itself on the phones and get all information stored in it. However, the latest version has turned out to be so intelligent that by simply calling a person the spyware can covertly download itself into the phone. There is not even a need for the phone call to be answered. A mere missed call will do the job. Seconds after the missed call, the smartphone will be completely under control of the client.

As it completes its surveillance on the target’s phone, it destroys itself and leaves no trace or proof of its encroachment. Even the missed call is deleted from the call log.

On July 19, 2021, India woke up to the shocking news that Pegasus had also encroached upon the privacy of prominent Indians by embedding itself secretly on their smartphones. This explosive revelation was made by the Pegasus Project, a global media consortium of seventeen media organizations that exposed the continuing abuse of the malicious hacking spyware. The Wire, a media house in India is a part of the consortium along with The Guardian of the United Kingdom, The Washington Post of the United States and the Haaretz of Israel. Although the NSO claims that Pegasus is sold exclusively to “vetted governments” to combat “terrorism and serious crimes”, the Pegasus Project points out that over 50,000 phone numbers in around 50 countries of the world were made targets by the clients of NSO. The consortium’s analysis has identified 10 governments around the world to be NSO customers presently and Government of India is one among them.

In India, over 2000 phone numbers were found to be the victims of spyware, out of which the identity of over 300 numbers are verified. Several politicians, opposition leaders, minority leaders, media organizations, journalists, election commissioners, human rights activists, dissidents, lawyers, judges etc. are the targets of Pegasus in India. It is an embarrassment for the Government of India that most of its targets turned out to be hardcore critics of the government. While reporting about the findings of the global consortium, NDTV revealed names of a few journalists. The prominent among them are The Wire’s Siddharth Varadarajan. M.K Venu, Rohini Singh, Swati Chaturvedi, columnist Prem Shankar Jha, EPW’s ex editor Paranjoy Guha Thakurta, foreign policy analyst Smitha Sharma, Sultan Singh of the Indian Express, Vijaita Singh of the Hindu, Gopikrishnan of the Daily Pioneer, S.N.M Abdi, DNA reporters, Iftikar Gilani and Shishir Gupta.

Rahul Gandhi, one among the several opposition leaders targeted through the spyware described the snooping as “anti-national and treason.” In a recently held press conference at New Delhi, the Congress spokesperson, Randeep Surjewala questioned the Government: “Is spying on India’s security forces, judiciary, cabinet ministers, and opposition leaders including Rahul Gandhi, journalists and other activists through a foreign entity spyware not treason and an inexcusable dismantling of national security?”

Among others whose phone numbers were reportedly targeted is a woman who accused a former chief justice of sexual assault, a top virologist, Gagandeep Kang who has been critical of the government’s handling of the pandemic and Prashant Kishore, a leading political strategist, as well as a former election commissioner who oversaw the 2019 national elections. The Wire along with The Guardian and The Washington Post reported that most of these people along with Rahul Gandhi were targeted in the run-up to the 2019 national elections. Another revelation that came to light is that the spyware was used in the process of toppling the democratically elected governments of Karnataka and Madhya Pradesh.

Pavana, the daughter of activist Varavara Rao is also reported to be one among the targets of the malicious spyware. Varavara Rao, an octogenarian was arrested in 2018 in connection with the Elgar Parishad – Bhima Koregaon violence. Pavana expresses her dismay about the spying eyes that followed her everywhere and expressed it to The Outlook “It is an unjustified violation of one’s privacy. Phones are like part of our lives now. It lies around in your bedroom, bathroom, and everywhere. It lies around while we even change clothes.” It is to be recalled that Father Stan Swamy also was a victim of this dangerous hacking.

In the wake of this serious violation of human rights, Suhasini Haider, a senior journalist of India has tweeted saying “According to the report in the Le Monde, the use of Pegasus software began “just after” Prime Minister Narendra Modi visited Israel in July 2017, a visit that was marked by his close interactions with the then PM Benjamin Netanyahu.”

The opposition leaders and activists have joined hands and slammed the government saying that this illegal surveillance is ‘an attack on democracy’ and has damaged every pillar of democracy and fundamental rights of the citizens. Several individuals and organizations in India have pointed out that even though surveillance is legal in India under defined policies, hacking is not, and thereby the use of Pegasus ought to be termed illegal. Cases have been filed in India seeking the intervention of the Supreme Court to safeguard the basic fundamental rights to privacy and free expression under articles 14, 19 and 21 of the Constitution of India.

Amnesty International has sprung into action and demanded a moratorium on the sale and use of Pegasus spyware. In a statement, it warned of “the devastating impact of the poorly regulated spyware industry on human rights worldwide. Amnesty called for an immediate ban on any export, sale, transfer and use of the spyware “until there is a human rights-compliant regulatory framework in place.”

Another important issue to ponder upon is the cost of this Israeli spyware. The New York Times reported that according to the 2016 price list, the NSO charged its customers $650,000 to infiltrate 10 devices plus an installation fee of $500,000. It also charged an annual system maintenance fee of 17% of the total price. However, these are the old prices and the new versions of Pegasus will definitely cost lot more than this. How is the Government of India spending on this? This should be the question of every responsible citizen of India.

Many media organizations have raised their voices against this malicious surveillance. They are trying to secure information, making honest reports and creating awareness among the masses about the serious human rights violation carried out in the pretext of safety and security. Meanwhile, as usual, there are also lapdog media outlets that have chosen to defend the government in any situation. The Republic TV rubbished it with #pegasusflopshow and stated that it couldn’t understand anything. Hopefully it can at least understand the fact that all of those who are targeted are the ones who constantly criticize and question the government. Zee News called it an unnecessary fuss and exaggeration. Even some of the regional media channels made irresponsible statements saying that Amnesty International’s claims are baseless.

When many responsible democracies around the world are speaking against the NSO to clarify the allegations of abuse, the Government of India describes it as “manufactured matters.” It is neither ready for a discussion about the spyware in the parliament nor is willing to clarify anything to its anxious people. While it is a known fact that the NSO can sell the spyware only to the governments, the GOI should solve the mystery. Otherwise the long silence of the government and its reluctance to carry out an independent probe is tantamount to its confession of the offense.