September 2021
Everyone is a Teacher! 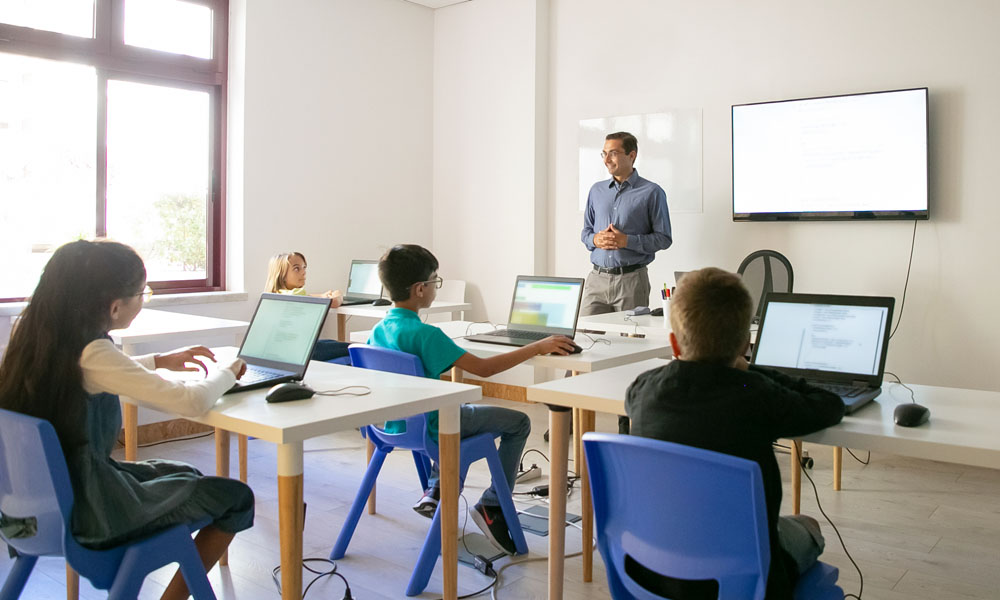 What truly makes one a teacher? This may sound absurd, but just living makes an individual a teacher. Is a degree needed to teach? Are qualifications a necessity to preach? Do certificates create better advisors or listeners? Not at all. Some would still argue that necessary pedagogy is required to instruct; however, that’s just a fraction of ‘teaching’. For the greater part of training and schooling, it’s an old myth.

Factually, pedagogy is somehow rigid these days. Over the years, the strict curriculum-based schooling has erased the real essence, beauty and effects of training. This rigidity prevents the teachers from opening up their views and embracing different approaches. Mere dictated and re-written words on a paper irrationally define successful teaching, but this isn’t what schooling is actually meant for, neither is it restricted within the four walls.

One doesn’t need a degree in teaching to teach. In fact, all of us do it every day though we don’t wear the professor tag because we do it incognito. On a daily and individual basis, we always teach ourselves. Through experience we learn and adopt to fit onto different situations. Every rational person gets insights from his own actions. One is least aware of it, but from every action something sticks and then as time repeats, earlier experiences guide one to act accordingly, basing actions on previous situations that generated some kind of learning.

For a thinking person, various opinions and questions are processed by the brain. Just like a child, as long as we live and breathe, we are absorbing and imparting information consciously as well as unconsciously. That’s how we grow. There is learning all around us, some are good, some are bad, some heed while some play deaf, but everyone and everything teaches. Even the people who bring pain, anger, anxiety and guilt are just there in our lives to teach something.

We are born into the profession of being human beings on earth, and with this career comes two jobs: one of an exploring student and the other of the conscious teacher. We have both these jobs whether we like it or not. One cannot avoid the exploring conscious within neither can one avoid influencing others along the way. The earlier mankind understands this cycle, the faster a better future can be shaped.

For instance: the first teachers are parents. They begin the initial instructions. Some of them may be scared of the responsibility that they have to inspire and mould their children with dignity and a set of principles.

Many wonder if they have what it takes to be up to the mark. Whatever it turns out to be, they end up teaching as well as learning. It is only a question of how well and how positive this influence is. Regardless of the efforts and deliberateness of their actions, they guide their children. Culture, opinions, manners and demeanors are passed. This natural course from parents to children is nothing but education that is flowing smoothly into the psyche. With patience, understanding and a few tricks of the trade passed on from their own parents, most parents lead their kids to success.

Even when we don’t want to teach, we wind up giving in. How many times have we influenced our fellow mates or lectured them to understand the other side of the coin? And the innumerable times the other person’s actions have given us a good reflection? Often paperwork, words, rigid syllabi and charts don’t impress and impart as much as the daily influences around us do – role models!

The ideal vision of education, known as ‘role model education’ is not concerned with the imparting of dry information as one might experience from today’s educational picture. Rather, it targets to expose students to specific attitudes, lifestyles and outlooks. We must move towards education and information that is wholesome – not merely constrained in paper and words but beautifully ingrained into the actions of everyday life.

Aliah Schleifer provides us with an example of this from the Muslim home. She asserts that the mother has an incredibly important role to play in the education of her child, simply because she embodies the values that he or she is learning about. The child now has a chance to experience the ideals that he or she learns about in school. For instance, “the child begins to learn the importance of cleanliness when he sees that she makes wudu before prayer.”

Role model education can be seen as effective because it bridges the gap between the ideal and reality. Education becomes experiential, as students learn a little about their teachers’ lives and how they embody the values they are trying to pass on and explore. The gap between theory and practice is bridged as ideological concepts become realities before the eyes of the students.

Once they have truly understood an idea, because they have seen it first hand through their teacher’s expression of it in the way they conduct themselves, they are in a true position to judge its validity to their life, and then make the relevant lifestyle decision.

After concluding an agreement, Prophet Muhammed (pbuh) told the followers to slaughter sacrificial animals at the same place and get their head shaved to come out of ihram. But the people were so dejected that they delayed the compliance. The Prophet (pbuh) felt it and entered the tent and told his wife, Umm Salama, about their reluctance.

She politely advised, “The people are in shock to lose their Umrah and entry to the holy city. You do as planned. They will follow you.” The Prophet (pbuh) slaughtered his camels and got his head shaved. Subsequently, the people followed him.

Anton A. Buscher asserts that “Models are one of the most important pedagogical agents in the history of education.” If a particular educator does not live up to it, his/her power as a role-model is largely diminished. Rejection of the entire message and package is also risked. With the wisdom behind it, Allah chose Prophet Muhammad (pbuh), a man among themselves to live his life as per the message – “There has certainly come to you a Messenger from among yourselves.” (9:128). Every aspect of the Prophet’s life is evident and worthy to be recorded and followed. Among his outstanding virtues and characteristics, he was an extraordinary husband, a perfect father and a unique grandfather. He was also a great statesman, judge and spiritual leader. In fact, he is a blessing to all in word and deed. He infused justice, love and dignity in those around him and was a perfect mentor and exceptional role-model to follow.

The Companions performed deeds and actions merely because they saw the Prophet (pbuh) doing the same. If every person today merely followed this role model, imagine the extent to which we would be influencing and will be influenced.

No printed word, nor spoken plea can teach young minds what they should be. Not all the books on all the shelves – but what the teachers are themselves. Rudyard Kipling.