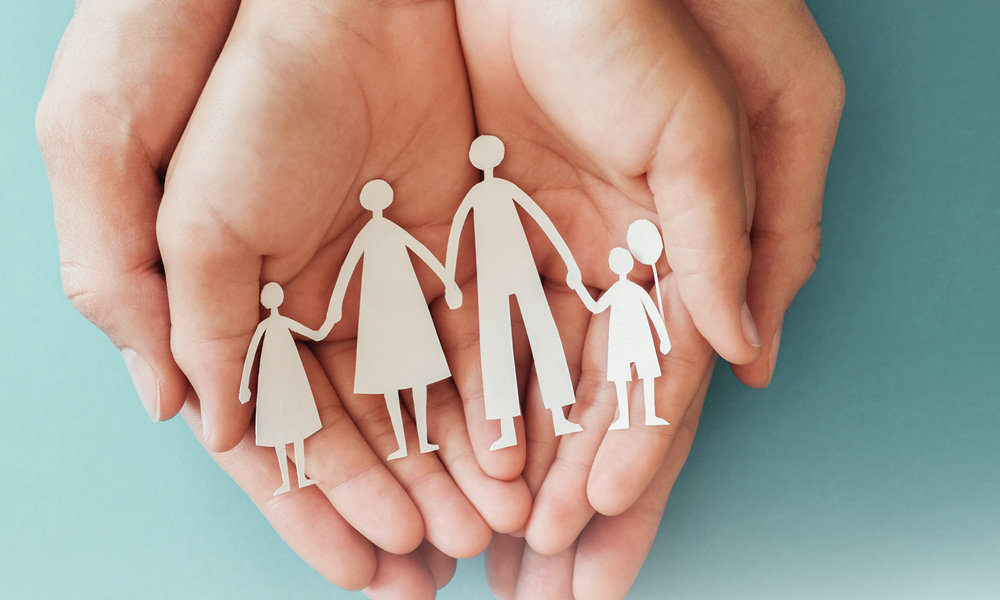 Come September 26, an awareness campaign to promote contraception or birth control methods will be witnessed across the globe. The origin of ‘World Contraception Day’, as it is called, dates back to as recently as 2007 when 10 international family planning organisations came together and decided to observe the day on September 26 every year “to raise awareness about birth control methods available to a woman and her partner to enable them to make an informed decision regarding their reproductive health and to promote better education related to safe and protected sex so that no pregnancy is unplanned or unwanted!”

The issue of contraception, linked to “population explosion”, also referred to as a “ticking bomb”, is an ancient one. For centuries, it has baffled the human mind, which continues to be the case even today. In fact, more the demographers, social scientists, economists, governments, policy makers, public health experts, put their heads together to find a universal solution, the more complicated it seems to be getting.

Just one cursory look at the so-called offshoots of this problem can give us an idea as to how complex it is. Unemployment, poverty, corruption, poor health infrastructure, depleting natural resources, environmental degradation, climate change, crimes, skewed sex ratio, abortions, female foeticide and infanticide, declining rate of working population, increasing rate of ageing population, collapse of family system, suicides, increase in psychological problems among all age groups, loneliness epidemic, to name a few, are all a fallout of “overpopulation”, or so is the widely held notion.

In sharp contrast, there are counter-narratives emerging strong and wide. There is a set of top economists who have set out to debunk the above theory which puts the blame for the above-mentioned ills at the doorstep of “overpopulation.”

‘Two-child cap and other disincentives should go. We need more babies, not less’, screamed a headline in July 27, 2021 edition of ‘The Times of India’. Its author, noted economist Swaminathan S. Anklesaria Aiyar, argues in the article: ‘India’s fertility is plummeting. It must abandon bogus fears of excess population and prepare for a future with fewer and fewer people of working age (15 to 65 years old) and skyrocketing aged dependents. Improved medicine is raising life expectancy towards 90 years.”

In a research published in the ‘Proceedings of the National Academy of Sciences’, Ashton M. Verdery and Rachel Margolis reported a surge in the number of “kinless” older adults. Widespread use of contraception results in fewer siblings, aunts, uncles, and cousins whether for hospital or emergency contacts or even for funerals.

American author Kay S. Hymowitz, in her research article published in ‘City Journal’, cites the example of Japan, a country now in the grip of an epidemic of kodokushi or “lonely deaths.” Local Japanese papers regularly publish stories about kinless elderly whose deaths go unnoticed until the smell of maggot-eaten flesh alerts neighbours. Kay says such deaths are common enough that Japanese entrepreneurs have created an industry of cleaning companies for dealing with their after-effects.

Last year, a reporter watched as workers clad in full-body protective gear from one of those companies—with the chilling name “Next”—disinfected the apartment of Hiroaki, a 54-year-old divorced man with no children. No one noticed that he had been gone for four months, and even then, it was only because Hiroaki’s rent money, which had been automatically deducted from a savings account, had dried up. A representative of the building’s management company finally discovered his decomposed remains on a soiled futon, writes Kay. Lonely-death cleaning companies promise to be a good investment in Japan.

Kay says that loneliness is killing as many people as obesity and smoking. “Americans are not alone in this. Germans are lonely, the bon vivant French are lonely, and even the Scandinavians—the happiest people in the world, according to the UN’s World Happiness Report—are lonely, too. Former British Prime Minister Theresa May appointed a ‘Minister of Loneliness.”

The political context in India

The bogey of birth control measures has long been a favourite poll plank of political parties in India, especially the BJP in recent times. And it goes without saying that the minorities, especially the Muslims, have been the primary target.

After the BJP administrator of Lakshadweep recently kicked up a storm through a proposal seeking to prohibit anybody with over two children from contesting local elections, chief ministers of other BJP-ruled states were quick to follow suit, most notably, Uttar Pradesh Chief Minister Yogi Adityanath and Assam Chief Minister Himanta Biswa Sarma. It may be mentioned here that polls to the Uttar Pradesh assembly are round the corner. These two chief ministers used the occasion of World Population Day on July 11, 2021 to announce two-child norm schemes.

Day after the announcements were made, celebrated writer Rajmohan Gandhi, in his opinion piece published by NDTV minced no words in exposing the hidden agenda of the right-wing party. He wrote: “Muslims will certainly see the following remark from Biswa Sarma as intimidating. ‘Our government,’ he says, is just two months old. First, we will bring the cow protection law, next month we will notify the two-child norm, and later we will bring (a law against love jihad)’.”

Questioning the rationale behind the move, Gandhi says, “We must ask: is it constitutional or sound in any way for the Indian state or its provincial governments to compel – whether with inducements or punishments – a family to have only one child or at most two? How fair, or even human, is it, in the name of population control, to deprive a family that cannot feed its members today of any wage increments in the future, or of other opportunities of modest advance?”

He adds, “Proceeding, in the name of maintaining peace, against relatives of murdered victims rather than against the murderers, crippling fundamental Kashmiri rights in the name of national security, and crushing family rights in the name of population control are signs of the tide of domineering nationalism that seems to be rolling remorselessly in our land.”

What can better expose the hypocrisy of the BJP’s poll agenda than the Narendra Modi-led government’s own submission to the Supreme Court. The Central government filed an affidavit in the top court in December 2020 which states: “Family Welfare Programme in India is voluntary in nature, which enables couples to decide size of their family and adopt family planning methods… without any compulsion”. The affidavit has been signed by an Under Secretary in the Union Health Ministry’s Family Planning division.

The document also points out that India is a signatory to the International Conference on Population and Development in 1994, under which it is “is unequivocally against coercion in family planning.” “In fact, international experience shows that any coercion to have a certain number of children is counter-productive and leads to demographic distortions,” the affidavit adds.

It may be mentioned here that last month, China announced it will allow all married couples to have three children, ending a two-child policy that has failed to raise the country’s declining birthrates and avert a demographic crisis.

Among the other counter-narratives grabbing the attention of demographers and sociologists are religious scriptures and other cultural and historical traditions. A case in point is Islam. A close look at its teachings vis-a-vis population and birth control springs a surprise at most observers and proves a point as to how relevant its teachings and guidelines are even today. Some observers point out that the relevance of Islamic guidelines on population and birth control has only increased with the passage of time, given the utmost regard Islam has for sanctity of life, even of an unborn child.

Because Muslims are one of the communities that are blamed for this “ill”, it will be interesting to see what the holy Quran and teachings of Prophet Muhammad (PBUH), the two primary sources of Shariah (Islamic law), have to say on this.

“And kill not your children for fear of poverty. We provide for them and for you. Surely, the killing of them is a great sin”. (Quran: Ch: 17, Verse 31)

Explaining the above Quranic verse, Islamic scholar and commentator of the holy Quran, Sayyid Abul A’la Maududi writes, “This verse cuts at the very root of the movement of birth control, which has been going on from ancient times to our present age. It was the fear of want that induced people to kill their children or resort to abortion. In our age another plan has been added to these, i.e. contraception. This article of the Islamic manifesto

prohibits the people from reducing the number of mouths by artificial means but exhorts them to increase the means of production according to the natural methods enjoined by Allah. According to this article, it is one of the biggest mistakes of man to check birth rate as a solution to the want and scarcity of provisions.

Therefore, it warns him, as if to say: O man, it is not you who make arrangement for food, but Allah, Who settled you in the land and has been providing for you and will provide for those who will come after you. History tells us that the food resources have always expanded in proportion to the number of inhabitants of a country. Nay, often they have exceeded far more than the needs of the inhabitants. Thus it is a folly on the part of man to interfere with the arrangements of Allah.”

Since the early days of Islam until today, most Islamic scholars are of the view that if married couples want to have more children, they can’t be compelled to have two or three children only.
Prophet Muhammed (PBUH), by his own action, encouraged his followers to have more children. In fact, four girls and three boys were born from him. A large number of his companions, who had more children than him, were never told by him to restrict the number.

An analysis of the counter-narratives discussed above, research studies as well as scriptures, underlines the dire need for drawing a common inference from both. It certainly can’t be a coincidence that top demographers and social scientists across the world today are on the same page as the Islamic law, revealed more than 1,400 years ago. Over the centuries, humankind has paid a very heavy price of tragic proportions by interfering with nature’s laws. Isn’t it high time to revisit religious scriptures and find its relevance in policy-making? These are questions that need to be seriously addressed before it is too late.

Materialism is at the very root of family planning and birth control movements. Post-World War II, as societies became richer and goods cheaper, people began looking up to self-fulfillment. Traditional family values gave way to individual expression and choice. This trend raises some serious questions. Individual choice and expression at what cost? Is materialism or wealth the be-all and end-all of life? Can only money and material possessions be described as wealth? Perhaps the elderly “rich” Japanese dying lonely deaths would differ. In the twilight years of their life, all they would want is a caring family by their side and a shoulder of a loved one to carry them to the graveyard!