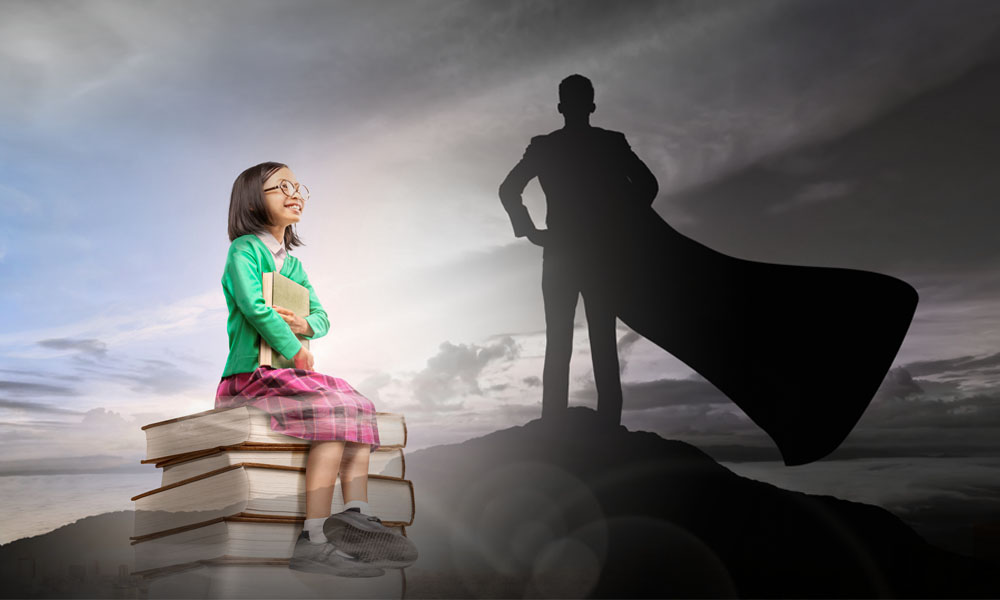 When the normal circumstances are reversed and the world is at a standstill, one profession stands apart in the services it has rendered to everybody. While discussions about what is important enough to risk one’s own safety under lockdown rules have varied, the education sector has withstood the barrage and reemerged as the most important tool for human progress.
Teachers have become torchbearers of determination and endurance. Around the world, millions of adults and children dropped out of schools and colleges in a one of a kind situation. Nowhere else in history has the scope and validity of education been of such paramount importance.

Overworked mothers and working from home fathers have prayed fervently for the ordinary teacher to take over the care of their children. The boring, no more than routine presence of a school teacher, university professor and private instructors has been felt acutely.

A sudden shift to digital education has reshaped pedagogy completely. The desire to make the virtual classroom more interesting has driven an entire generation of teachers around the world to adopt more creative approaches towards imparting education. From tiny tots to adults in doctoral programs, all have been recipients of these changes in teaching. Nuanced approaches to holding on to the fragile attention span of almost all age groups have driven teachers to employ a range of tools. From simple self-made videos and audio recordings, to more advanced support systems like VFX and animation, tutors have stepped up to a mighty challenge.

While talk of education for all is the ideal of all nations, until now, not everybody paid much attention to it. The pandemic woke the world up to the harsh reality that education too, like many other essential things, is a seat of great inequality. The schisms that the notion of schooling for all has thrown up has shown that our world as it exists today is deeply unequal. The developed world was quick to transition to the new normal in education. From physical classes to online learning was a shift that forced millions of schools and colleges to realign their framework of teaching.

Keeping in mind the government guidelines, educational institutes shut down their campuses and began a new era of online learning. The tools and technology that have been used to impart teaching were neither new nor products born in a vacuum. They already existed, but no one paid much attention to them. Once the pandemic began they ushered in a drastically new system.

We all know the developments that have occurred so far. How the demand for Zoom, Whatsapp, Google Meet and many such applications boomed is no news to anyone who has lived on this planet for the last year and a half. However, what most of us have conveniently ignored or rather not paid the required attention to is the role of the facilitator who has made this passage into digital learning possible – the Teacher. The very ordinary teacher, unseen and without any limelight has come to stand as a great bridge connecting the learners to the oceans of knowledge.

At a time when alarming projections about the current generation of students worldwide has come to light, the teacher has come to define what the desire to teach embodies. A UN report published in the wake of the pandemic says that reportedly a few million students will be out of work due to losing out on education. Many more will not be able to continue their studies due to financially straining circumstances. At a time like this, the teacher has been the only source of consolation to beleaguered parents and frustrated administrations battling their own monetary losses. Now, it might seem like technological factors shouldn’t hamper education as much as they did now. Yet, the changes wrought by the virus wreaked havoc in a way that was unprecedented. Education in particular took the worst hit. Auxiliary industries supported by the functioning of institutes were the next in the line of fire. Millions of students were out of the ambit of learning and people associated with it were out of jobs. Not surprisingly, the teaching profession, following healthcare, took most of the weight on its nimble shoulders. Teachers, unprepared as they were, shouldered the responsibility with great elan and showed the way out with unseen perseverance.

Bawling children, noisy houses, poor network and cracking voice: just some of the glitches a teacher of this day and age faces regularly. Against an army of invisible viruses and incessant lockdowns, the teacher walks precariously along a thin thread called academic rigor. Stories have emerged from all corners of the globe of tutors going out of their way to ensure their students don’t miss a single day of learning. Tales of teachers in remote areas crossing perilous rivers to reach places where there is decent network connectivity. Of educators sitting under street lamps to make videos and making their best attempts at sound proofing their rooms.
The discussion on the role and scope of teaching in an age where the very notion of the space of learning has changed needs to be relooked. Gone are the days when a teacher could ensure a curious classroom with witty and provoking questions. Now the teacher stands against an indomitable foe – minuscule attention span. The arch-villain to all human progress. Clinging on to the easily changed attention of the students in environments with a lot of distractors is a task indeed.

Added to this are technological woes that compound the misery of all concerned. The pandemic laid bare the deep set digital inequalities that pervade most of the developing world. From the unavailability of gadgets like phones or tablets, shoddy internet facilities or the utter lack of them, all have made the simple profession of teaching an ardous one. Furthermore, lack of formal training in the requirements and know-how of online teaching led many educators to struggle for weeks on end before they were able to take a single class.

Another facet that we believe has been overlooked in all the talk of educating minds is the complete breakdown of teacher-student engagement. Surveys across most developed countries revealed that the rate of interaction between the learner and the tutor has gone down drastically. There is often very little or no feedback from the students. This in turn has forced teachers down a rocky path to maintain a minimum level of interest by innovating continuously.

Yet, despite all the odds learning and development have trudged on. Now more than ever, the teacher has come to be valued for the services they render to the society. Education, as is rightly stated, is the chief tool for emancipation of people. While its free and fair dissemination has been a battleground of policies and politics, it has never dropped out of sight.
As Malcolm X, the legendary American civil rights crusader, once remarked, “Education is the passport to the future, for tomorrow belongs to those who prepare for it today.” The stamping authority on these passports is solely the teacher. Now might be the perfect time to acknowledge that effort.