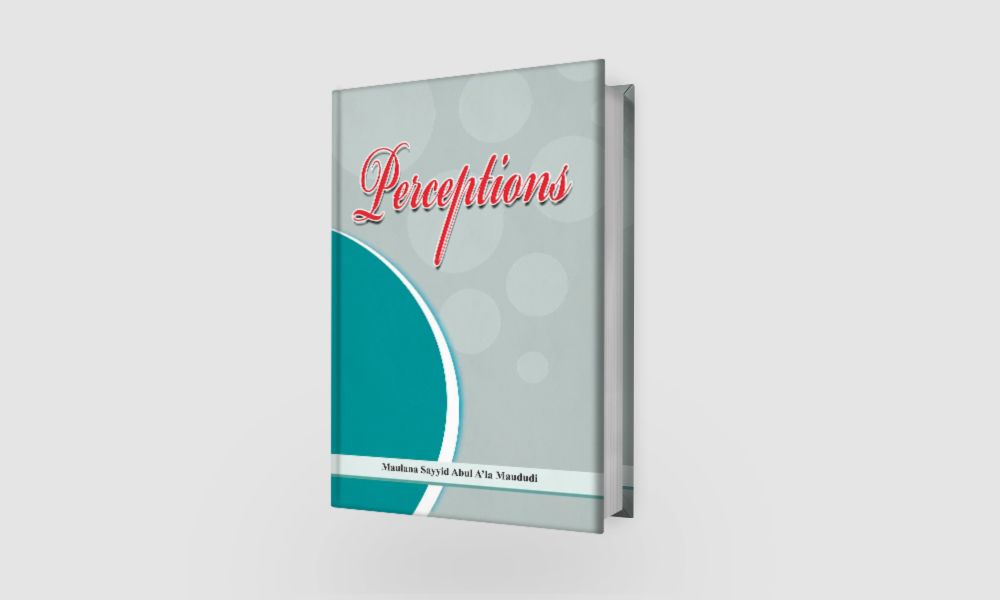 I remember picking the Urdu version of “Perceptions” a long while back and reluctantly giving up on it because the language was too hard to understand for me. I had heard a great deal about this book and when I found out that “Tanqeehat” (The name of the original book in Urdu) was available in English, I immediately knew this was going to be next read.

As usual Maulana Maududi’s brilliance shines through the ideas that he has presented in this book. Islam and Muslims are perpetually news items in the media. They are seen as homogenous outgroups, embroiled in conflict, violent and political fanatics. And then there are intra-community challenges that don’t get enough attention in a veneer of unity that we present.

There are two types of Muslims: those don’t give a dime to whatever is happening around them, as long as they have food on the table, and then those who take the issues of Muslim Ummah very seriously. Thinking about solutions to these problems is a very daunting task in itself. Many misdiagnose the problem, let alone providing any cure. There are very few books that not only address the challenges of the current times but also provide a solution and that’s what gives this book a feeling of being ahead of its time.

The author begins the book with the biggest problem of Muslims – dual slavery i.e. mental and political slavery of the West. Their minds and bodies are overwhelmed by the idea that true is what the West considers to be true and wrong is what has been declared wrong by their masters. This book consists of his essays which he wrote at different occasions in Tarjumanul Qur’an across a span of few years, on the problems which arose as a result of the conflict between Islam and Western culture. The author draws his main point of contention out quickly by the end of the introduction, which is that whatever is potentially present in Islam has to be put into action swiftly. It is precisely these deep insights shared generously throughout the book that I found to be the most powerful. The essays deal with the misunderstood concepts of Islam by Muslims, the overwhelming influence of West on their lives, criticism on their short comings and refinement of truths intermixed with misunderstandings and lies. Each essay/discourse is separate and complete in itself.

However, a subtle and purposeful connection links them quite well into a book. With a total of 20 essays, this book can be the best guide to anyone who is having a grieving heart due to the global crisis that the Ummah is battling through and is genuinely looking for hope and reforming its condition. I personally benefitted a great deal from the second half of the book, regarding the reconstruction of the Ummah in the right way. The author provides an excellent overview of the causes of collective destruction and the tools to quell the crisis. He has also successfully brought attention to the flaws in the current educational policies of Muslim institutions and has put forward a compelling case of reforming them, and in my view that is perhaps his strongest chapter in the book. As a final note, this is one of those books that pushes you out of your comfort zone and provides fodder to think. It demands muscular, intellectual and spiritual labour from you.