February 2022
The Qur’anic Perspective of Marriage 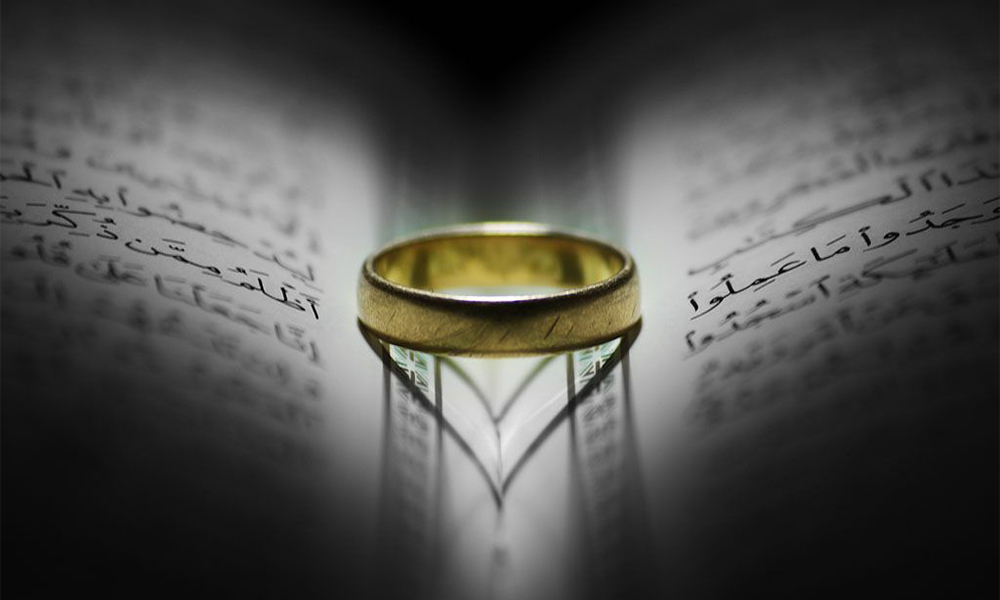 Category : ENLIGHTENED BY THE QU’RAN
Author : Momina Affaf Taiyebati
“Marry off those among you that are single, (whether men or women), and those of your male and female slaves that are righteous. If they are poor, Allah will enrich them out of His Bounty. Allah is Immensely Resourceful, All-Knowing.” (Quran – 24:32)

Human beings are social species that rely on cooperation to survive and thrive. We have to live in association with fellow human beings and try to achieve our goals of life in the process of associating, and to accomplish these goals we have to follow the rules that are useful to form a civilized society. If we follow the laws of God and nature, since He is the Creator and He knows what is good for us and what is not, we would surely reach the pinnacle of moral excellence. On the contrary, if we revolt against the divine laws of nature we will fall into flagitious acts and immoral crimes and it will cause the decline of society.

To get rid of immoral crimes, and to build a pure society, the right way of formation of a family is an important step towards building a moral society. The first thing that helps in the foundation of the family system is the legitimate relationship between a man and a woman.

In spite of the conflicts between religions in various aspects of life, we see that every religion has a specific strategy for the concept of marriage. And if we take a look at the holy Quran, we will find that the perspective of marriage and family building, which the holy Quran gives us, is totally based on nature. According to the Quranic aspect sex is not a crime, but a natural and physical need. Quran does not condemn sex, nor does it reject it in the way as some pre – Islamic cultures and religions did. The Qur’an focuses on a healthy and respectful relationship between a man and a woman. For the growth and development of a society

Qur’an emphasizes mental peace and tranquillity along with the fulfilment of physical needs.

While the concept of ‘Nikah’ is encouraged in Islam, curbing physical desires or adopting monasticism is declared haram. Things like pre-marital sex or live in relationships are deemed to be forbidden.

Allah SWT says in the Qur’an, “(Believers are) those who strictly guard their private parts, except from their wives, or those whom their right hands possess; for with regard to them they are free from blame” (Qur’an- 23:5,6) The above verses of the Holy Qur’an imply that the ‘Muminoon’ (believers) always guard their sexual desires and they do not take unlawful means to fulfil their desires. Thus Nikah is always encouraged in Islam. The Prophet PBUH said “Nikah is among my Sunnah.”The practice of remaining unmarried or practicing celibacy is discouraged in the Qur’an. The Qur’an has thus commanded in this regard:

“Marry off those among you that are single, (whether men or women), and those of your male and female slaves that are righteous. If they are poor, Allah will enrich them out of His Bounty. Allah is Immensely Resourceful, All-Knowing.” (Quran – 24:32)

If someone chooses to remain unmarried, he/she will definitely turn out to be a potential danger to the morality of the society as nobody can deny the presence of sexual desires among men and women.

The Quran thus gives a clear concept to enjoy a peaceful marital life. This theory aims at protecting human dignity, curbing the unlawful sexual activities and generating love, comfort and peace between the couples. It teaches the way of shunning loneliness by keeping good company with one another, loving the children unconditionally and inculcates a sense of carrying out the duties and responsibilities earnestly.

Thus, the Qur’an shows the best way to build a righteous society and prevents immorality and shamelessness. It says:

As the above verse quotes, Qur’an forbids ‘zina’ (fornication) and any act that would bring someone close to commit adultery, while it encourages marriage as the purest means to achieve the goal of establishing a true, natural, and righteous society.

The Quranic injunctions that encourage marriage are not only to avoid crimes and shamelessness in the society but also to provide shelter to orphans and widows through marriage. It says:

“If you fear that you might not treat the orphans justly, then marry the women that seem good to you: two, or three, or four. If you fear that you will not be able to treat them justly, then marry (only) one, or marry from among those whom your right hands possess. This will make it more likely that you will avoid injustice.” (Qur’an – 4:3) Indeed, the Qur’an is a boon to mankind.