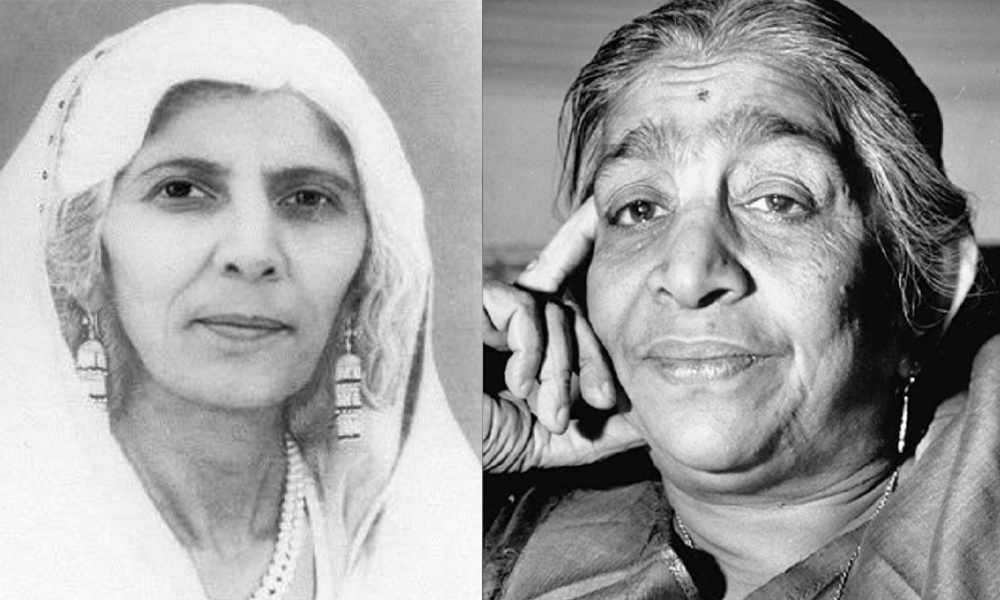 When her sons were in jail once a rumour was spread that Mohammad Ali would be released from jail after amnesty, the heroic mother uttered these words “Mohammad Ali cannot even think about begging forgiveness from the British. If he does so then my old hands have enough strength to strangle him.” – BI AMMA, a PROFILE by SAMEENA AFSHAN

India’s Independence Movement witnessed gruelling struggles, a vast array of historical events and immeasurable sacrifices from our valiant freedom fighters. History has penned down names of several men and women who have contributed immensely in upholding the glory of their motherland. However, there are hundreds of lesser known heroes that have played significant roles in the freedom movement, whose mention is seldom found in the books of history.

One such name is Abadi Bano Begum, reverently called Bi Amma. She was a powerful guiding force in the freedom movement of India. She inspired the masses with her fervent public speeches, encouraged women to participate in the freedom struggle and worked hard to mobilize funds for the great cause. She has the credit of setting a commendable criterion for women in general and Muslim women in particular as she crushed the stereotypical identity of ‘orthodox’ Muslim women. She addressed various political gatherings while adhering to the Islamic dress code.

Abadi Bano Begum was born in 1850 into a nationalist family in the princely state of Rampur in UP. As a young girl she witnessed the trauma of the 1857 revolt which kindled a desire in her to see her motherland free from the clutches of the British capitalists. The bravehearted Bi Amma was widowed at a young age which made her shoulder the responsibility of raising her children alone. She instilled in her children such a great spirit of patriotism and unstinted loyalty towards their motherland that her two sons Muhamamd Ali Jauhar and Shaukat Ali, popularly known as the Ali Brothers, emerged as great freedom fighters of India.

Abadi Bano Begum contributed tremendously to the independence movement of India. She took up the crucial responsibility of fund raising for the cause. She encouraged people to donate generously to ‘Tilak Swaraj Fund’ which was set up by Bal Gangadhar Tilak. In 1917 when her two sons were jailed along with Annie Besant, she led the agitation to release them. Gandhiji was so impressed by her courage that he requested her support in encouraging women to join the freedom struggle. Thereby, she travelled far and wide in the country, organized women folk, addressed their large gatherings and delivered moving speeches to motivate them which resulted in women coming out in large numbers to play a greater role in the freedom struggle. When her sons were in jail once a rumour was spread that Mohammad Ali would be released from jail after amnesty, the heroic mother uttered these words “Mohammad Ali cannot even think about begging forgiveness from the British. If he does so then my old hands have enough strength to strangle him.”

Bi Amma became a strong advocate of the Swadeshi movement. Along with Begum Hasrat Mohani, Sarala Devi Chaudurani, Sarojini Naidu and Basanti Devi she put in all efforts to educate the Indian women about the importance of shunning foreign goods. While addressing a gathering she had said “Countrymen! Give up the way of life of these foreigners. Stick to the traditional way of life of your

ancestors. Serve not these foreigners, nor accept honours from them because these people are very crafty and fraudulent.”

Bi Amma was a progressive thinker who realised that children should be given modern English education for their upliftment in society and to counter the imperialistic forces. This was a time when acquiring English education was termed as infidelity. Yet the brave Bi Amma, despite having no formal education, campaigned for modern education so that the future generation is equipped with confidence to face the enemy in all ways and then led by example, ensuring that her children acquired modern education. She faced opposition from family members and was denied financial support which compelled her to sell her jewellery and pay for education. Her son Muhammad Ali Jouhar, after completing his graduation from Aligarh Muslim University, went to Lincoln College Oxford, England to study Modern History. When he returned, he joined the Baroda Civil Service and served there for seven years. He was a prolific English and Urdu writer who inspired masses towards the freedom movement through his writings. Shaukat Ali graduated from the Aligarh Muslim University.

Abadi Bano Begum’s foresightedness convinced her that communal harmony is imperative to win freedom. Thus she turned out to be an ardent protagonist of Hindu Muslim unity and campaigned vigorously for communal harmony. She called Hindus and Muslims ‘the two eyes of India’ and worked tirelessly in uniting the two communities. Senior journalist Kuldip Nayar said during an occasion “It is painful that so far, Bi Amma’s contribution has been neglected by our educational system and it is the need of the hour that a book be written and taught in schools and colleges. Her speech in Lahore during the Khilafat movement reflected her commitment towards pluralism and the language she then used was no less than a piece of literature.”

Bi Amma, a great freedom fighter and the mother of two fierce freedom fighters breathed her last in November 1924 soon after the end of Khilafat Movement. Although our history books have failed to engrave her name among the prominent freedom fighters, she will remain immortal in the history of the Indian independence movement for her advocacy of courage and pluralism.

Once she said, “As long as I have life, as long as blood flows through this arm of mine, I shall not leave the cause of freedom. I’m only a woman, only a poet. But as a woman, I give to you the weapons of faith and courage and the shield fortitude. And as a poet, I fling out the banner of song and sound, the bugle call of Battle.”

Sarojini Naidu was born in Hyderabad on February 13, 1879. Her birthday is observed every year to recognise the sacrifices she and all other women made for this country, while inspiring and empowering other women to do the same. She studied in Madras University and was a very bright and excellent student. Her father wanted her to become a mathematician but she was always inclined towards art and poetry. After completing her graduation, she went to the UK and took admission in King’s College, London, and later got into Cambridge University. She was a very good writer and had started writing from the age of 12. She knew 5 languages: English, Persian, Hindi, Urdu, and Telugu.

She always dreamed of a free and independent India and to accomplish her dream, she made valiant efforts by joining the Indian Independence movement. She was also a part of Mahatma Gandhi’s Satyagraha movement. Later, she was appointed state governor. Because of her glorious achievements and fearless contributions towards the country, she was given many awards. She earned the title of Bulbul of India. As an individual she was full of gratitude, loyalty, integrity and hope. She always hoped for the liberation of India.

Once she said, “As long as I have life, as long as blood flows through this arm of mine, I shall not leave the cause of freedom. I’m only a woman, only a poet. But as a woman, I give to you the weapons of faith and courage and the shield fortitude. And as a poet, I fling out the banner of song and sound, the bugle call of Battle.”

Sarojini Naidu joined the Indian National Congress after the Bengal partition in the year 1905. Her involvement in India’s freedom movements was inspired by many leaders including Mahatma Gandhi, Rabindranath Tagore. She was also elected as the president of the Indian National Congress Party and became the first-ever woman to become the president of INC in 1925. She was not just an esteemed writer but also a great orator.

For her, actions were more important than saying empty words. She believed in not just talking the talk but walking the walk. One of her most prominent attributes was that she was an action-taker. This serves as a great lesson for us – that change can’t come unless words are put into actions, and goals cannot be achieved by delivering fancy talks.

She always believed in unity and was upset with the constant rift between Hindus and Muslims. She feared that the differences between the two communitie would benefit the British government. Under the guidance of Lokmanya Tilak, Naidu played a vital role in bringing out cooperation and harmony between Congress and the Muslim League. She said, “No Indian could be loyal to the country and yet be narrow and sectarian in spirit. No matter whether it was temple or mosque, church or fire shrine, let them transcend the barriers that divide man from man.” Today, we see the nation is divided broadly on the basis of religion, inflicting sufferings on the common man and helping politicians to gain more benefits in their political agendas. She also took a step ahead and formed the Women’s Indian Association, in the year 1917.

She grew up in a very progressive and open minded environment, so she always believed in equality and justice. This gives us a lesson to be supportive to the people who stand up against all types of tyrants and to help them in any way possible. She was on the front lines when the Civil Disobedience Movement and Quit India Movements happened. Her name is also established as a poetess in Indian literature.

Hence, there is a lot to learn from the life of the great freedom fighter Sarojini Naidu: most importantly, that being a woman is not a setback or weakness, rather it is a privilege and an honour to be a woman.